Sasha Morse Flashlight is an Android app that offers users a neat and simple flashlight app, but also a whole lot more on top of just that. This is also a morse code and telegram app which allows users to send private messages using morse code as well as a quick way of sending an SOS signal should you ever be in a suggestion that requires it. With Sasha Morse Flashlight, users get access to a classic, retro-styled torch. The main attraction however is the morse code and telegram feature that gives users freedom to learn morse code, create their own messages and – heaven forbid – send an SOS signal at the touch of a button. Free to download and use, what are we waiting for?

First of all, users will need to download Sasha Morse Flashlight from the Play Store, just like other Android apps. Despite the fact that the main attraction of the app is the morse code side of things, users will at first see the flashlight part of the app. 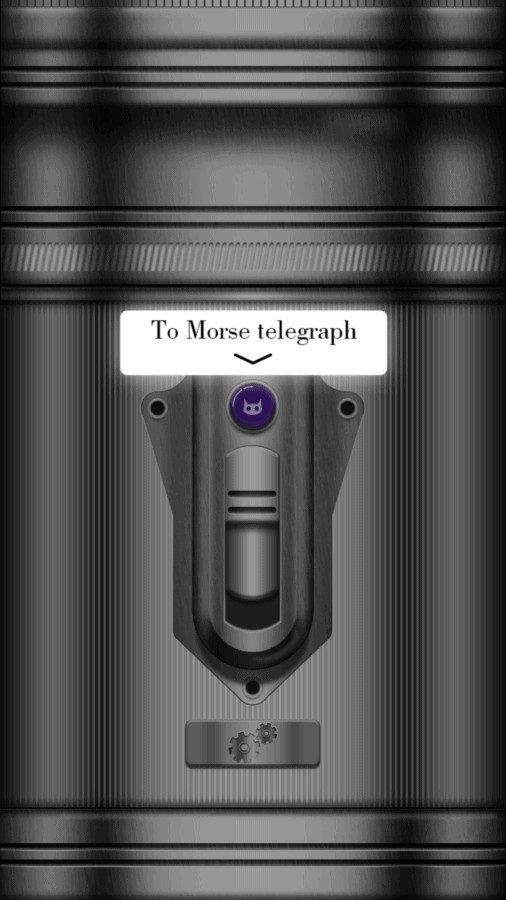 While it's clear that the morse code part of things here is the real meat of the app, the flashlight could do with some improvements as there's little beyond on and off to speak of. There is however, a very handy notification that appears when the flashlight is in use that makes turning it off, even when you've left the app, really easy. 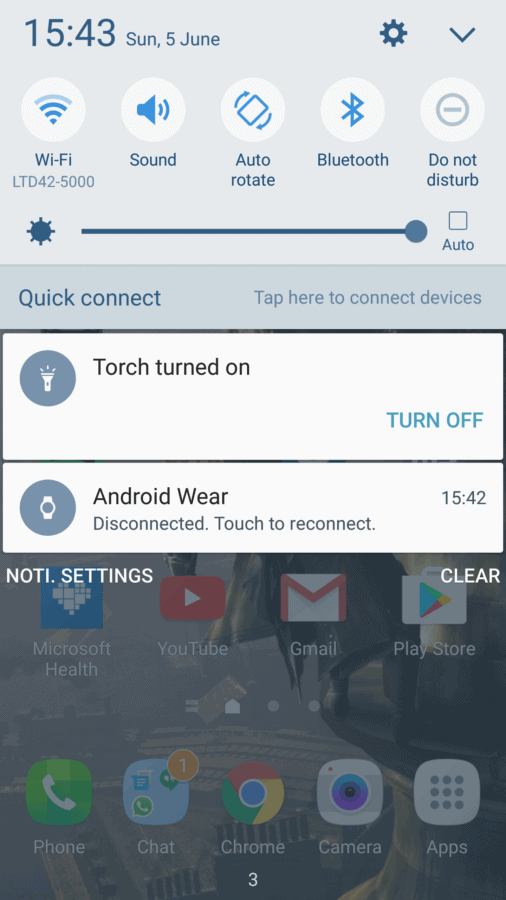 The focus here – as well as a feature you won't find in many other apps – is Sasha Morse Flashlight's telegram feature, which allows users to type out their own messages as long as they're under 180 characters. 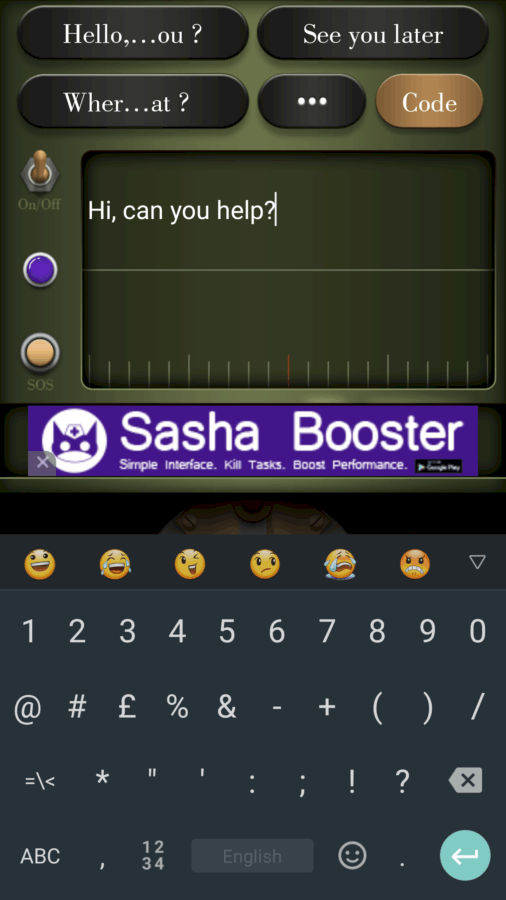 There are of course some preset messages available, but the UI doesn't make it easy to see what they are before choosing. That doesn't matter however, as it's really easy to just create your own message, Sasha Morse Flashlight even offers a morse alphabet as well. 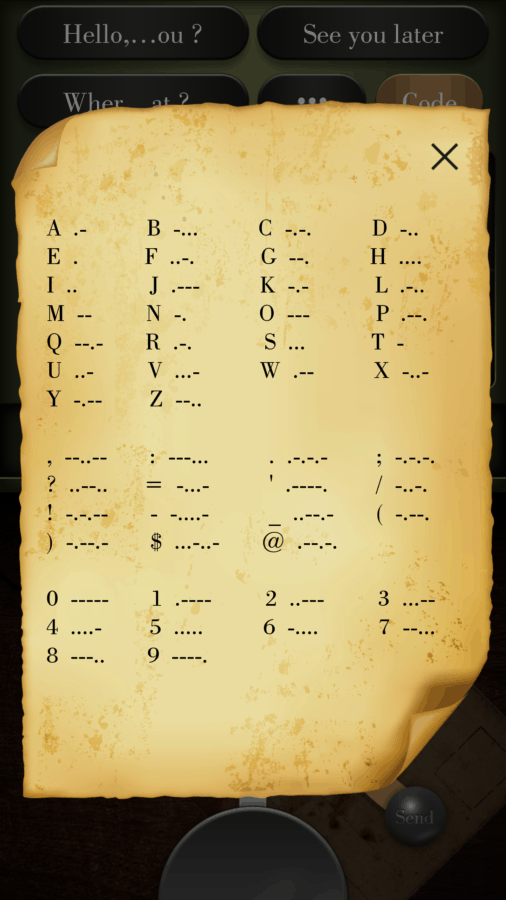 This is a neat feature, for sure, and while it might not seem all that useful on the face of things, it's also just great for those times when you need to send an SOS signal for whenever you might be in trouble and such. 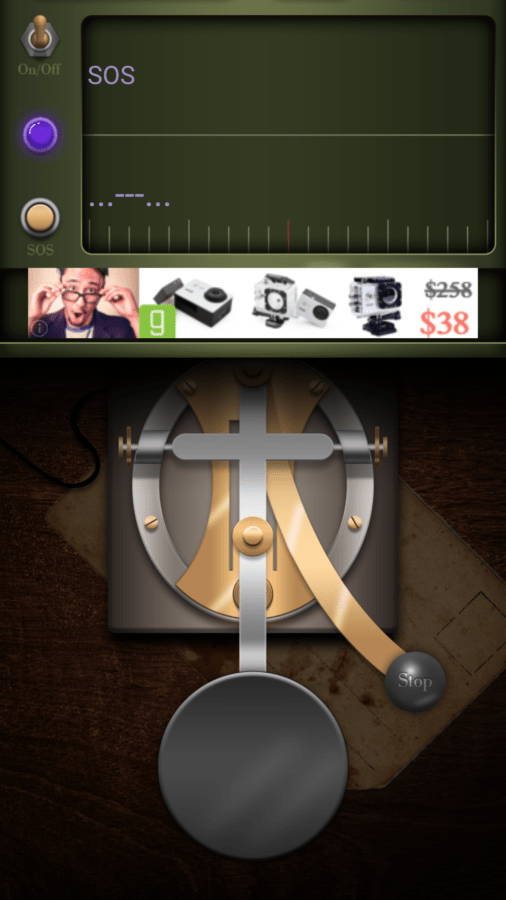 When using this part of the app, users can tap and send whatever message they want, this makes a beep on the phone and a flash using the LED flash on your device. This is good fun, as it gives users something to do as well, as they can choose to learn how to interpret and think in morse code. 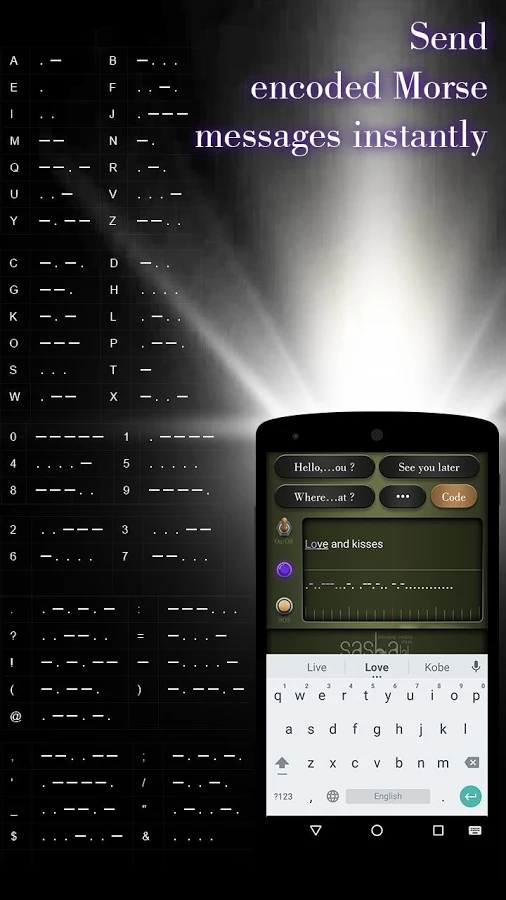 Sasha Morse Flashlight is the sort of Android app, that while I can see being entertaining, might not be all that useful in everyday life. Not only do people not even use morse code any more, but a younger generation might not ever have even heard of it. One could argue that this is the very reason why it's good that something like Sasha Morse Flashlight exists, and it is important that people learn how to send an SOS signal or how to interpret messages as well. Should these users be in a sort of situation where they only have their phone, but no data connection, Sasha Morse Flashlight could help them flash a message to someone in the distance, as well as – by using the including morse alphabet – figure out what the messages sent back are. Regardless, Sasha Morse Flashlight has a lot on offer you won't find in other similar apps and it's worth trying out if you want to play with morse code.

Sasha Morse Flashlight is an app that has a lot of potential. The flashlight part of the app doesn't do much of anything aside from turn on the LED, but the morse code side of things is pretty great which is good as it's the main focus of the app overall. The telegram and morse code part of the equation are better than other apps and it offers younger users a way to learn how to use and interpret morse code as well as a quick and easy way to send an SOS signal if needed. Those looking to download Sasha Morse Flashlight can do so from the button below, and connect with them on Facebook, Google+ as well as Twitter.