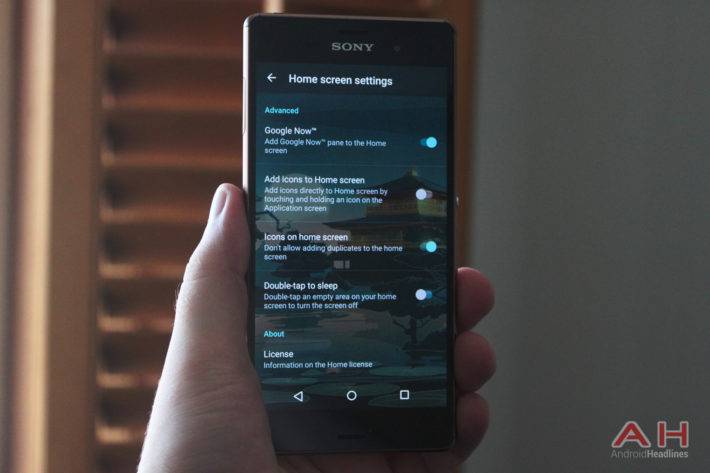 Sony devices, while having their own unique style and design, offer up a fairly minimal look akin to stock versions of Android thanks to the Xperia Home launcher that Sony uses, which was made even more minimal with the release of the Marshmallow software. Today, Sony is taking one more step in that same direction by updating the beta version of Xperia Home launcher, and adding Google Now integration by way of a Google Now panel that can be accessed from the home screen similar to the way you would find it in the Google Experience Launcher, making Sony the first third-party launcher to support Google Now integration through a home screen page.

If or when you have the Xperia Home beta installed on your device, getting Google Now to show up on the home screen is rather quite simple. First, users will want to open up the settings screen for the launcher, and to get to that simply long press on the home screen itself, which will bring up the settings button alongside the buttons for adding widgets as well as accessing the home screen wallpapers and themes. Inside the launcher settings menu, scroll down until you see the advanced category and the first toggle option under that will be for Google Now.

Hitting that toggle will enable Google Now on your Xperia Home home screen, but users should be aware that it does switch up your home screen configuration a bit, and after enabling Google Now any home screen pages that are to the left of your main page, will be moved to the right of it as the Google Now panel will take their place to the left of the main page. It's also possible for users to opt out of the Xperia Home beta if they wish, but if the only reason for opting out is to get rid of Google Now on the home screen, you can simply go back into settings and flip off the toggle. Sony does not list which Xperia devices are compatible with the Xperia Home beta, but if you own a more recent Xperia device and are interested in trying it, you can download the Xperia Home beta version by tapping the button below from your mobile browser. Alternatively, you can also download the APK from the second button below using any browser.