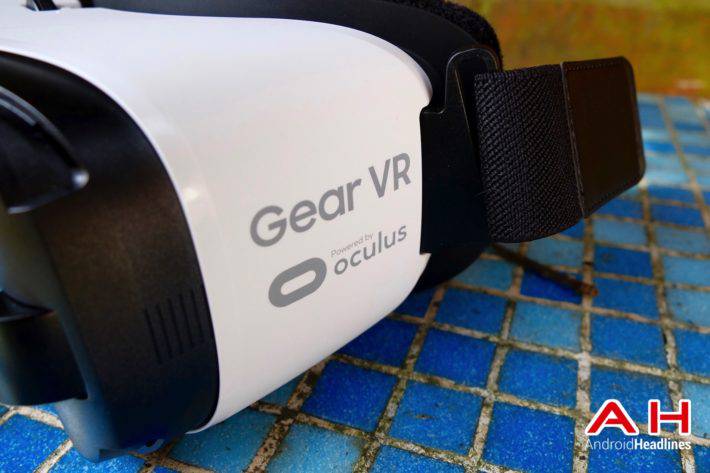 When Samsung first announced the Gear VR headset, alongside the Galaxy Note 4 and Galaxy Note Edge, it was seen as something of a "me too" announcement, as Virtual Reality had long been the "next big thing" in the world of tech. That might have been true had Samsung not partnered with Oculus, the Facebook-owned company behind the recently-launched Oculus Rift Virtual Reality headset. Thanks to expertise from Oculus, and the content partnerships that both Oculus and Samsung have penned, the Gear VR is one of the more fully-featured virtual reality platforms on Android right now. This might change once Daydream becomes available, but for now, Samsung and the Gear VR appear to be very much at the top of the mobile VR ladder. Now, the Gear VR has been updated with a new Oculus Home experience, bringing the look and feel inline with the Oculus Rift.

Oculus Home is the sort of app drawer, or homescreen, that users see once they put the Gear VR on. By looking at certain items and then tapping or interacting with the button on the side of the headset, users can launch apps and games and even install new ones from the home page. Previously, the Oculus Home experience on the Gear VR felt a little unfinished, but now it's been updated with a sort of remodeling and a much-cleaner, more fully-featured menu. We have a Galaxy S7 Edge in-house that's been updated and it appears as though version 2.0.22 is the one that people should be looking for. YouTube user, Pablo Flores, managed to capture a quick guided tour of the new Home app, which is down below for those interested. It appears as though the new Home has more of a spacious layout and a cleaner overall look.

This new look and feel brings the Gear VR's Oculus Home app inline with the the Oculus Rift's main page, which is something that Oculus are probably quite happy with. For Samsung however, it looks like they're happy to let Oculus keep running the show somewhat by taking care of much of the VR offering. Aside from Milk VR, it doesn't appear as though Samsung has all that much to offer, in comparison with Oculus, but this is changing rapidly as Samsung continues to push ahead with their virtual reality offerings.