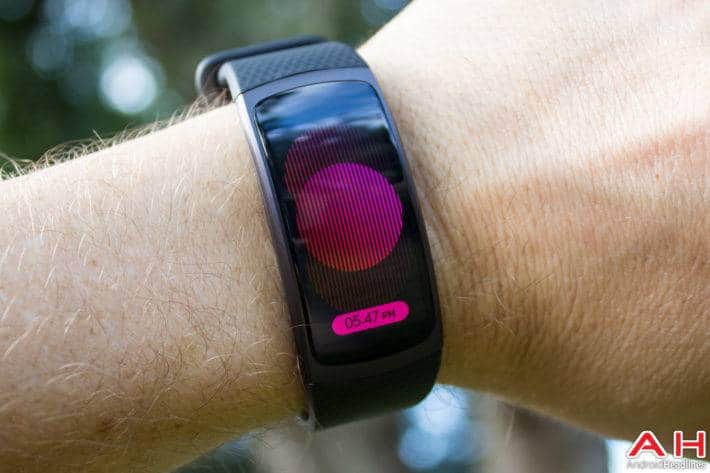 Smart wearables may not yet have gotten the same amount of attention from mainstream consumers as smartphones, but companies like Fitbit, Jawbone, Pebble and a whole host of others are trying to popularize the segment with an assortment of products meant for different segments of the market. Even as tech startups like the ones mentioned above have been doing pretty well for themselves with millions of dollars' worth of sales every year, traditional consumer electronics powerhouses like Samsung, LG and Sony are refusing to give up without a fight. While companies like Samsung have been launching smartwatches for the past few years, health trackers are a comparatively recent addition to its lineup from the South Korean tech giant.

Last week, Samsung had unveiled the second-generation iteration of its Gear Fit health tracker after a whole bunch of leaks prior to the announcement had all but confirmed most of the tech-specs about the all-new device. Named the Gear Fit 2, the health-tracking smart wearable was unveiled alongside another device called the Gear Icon X, which happens to be a set of wireless earbuds with a built-in activity tracker. While the latter is yet to be put up for sale, Samsung Electronics has now seemingly starting accepting pre-orders for the Gear Fit 2 on its official U.S. web store at a price of $179.99. The product will apparently start shipping in 7-10 business days according to the listing, and users have an option of three different colors to choose from – black, blue and pink.

Taking a quick glance at some of the tech-specs of the Gear Fit 2, the device features a 1.5-inch curved Super AMOLED touchscreen display panel with a resolution of 216 x 432 pixels. Information displayed on the panel includes current time, current activity, total number of steps taken and the total amount of calories burnt. The device comes with an accelerometer, a gyroscope, a barometer and a heart rate monitor. The device syncs with a number of health apps, including Samsung's own S Health. The Gear Fit 2 is powered by the Exynos 3250 and has 512 MB of RAM and 4 GB of built-in storage. The battery included with the device is a 200 mAh unit.

Pre-Order the Samsung Gear Fit 2
Trusted By Millions
Independent, Expert Android News You Can Trust, Since 2010
Publishing More Android Than Anyone Else
0
Today
169
This Week
661
This Month
3173
This Year
104652
All Time
Advertisement