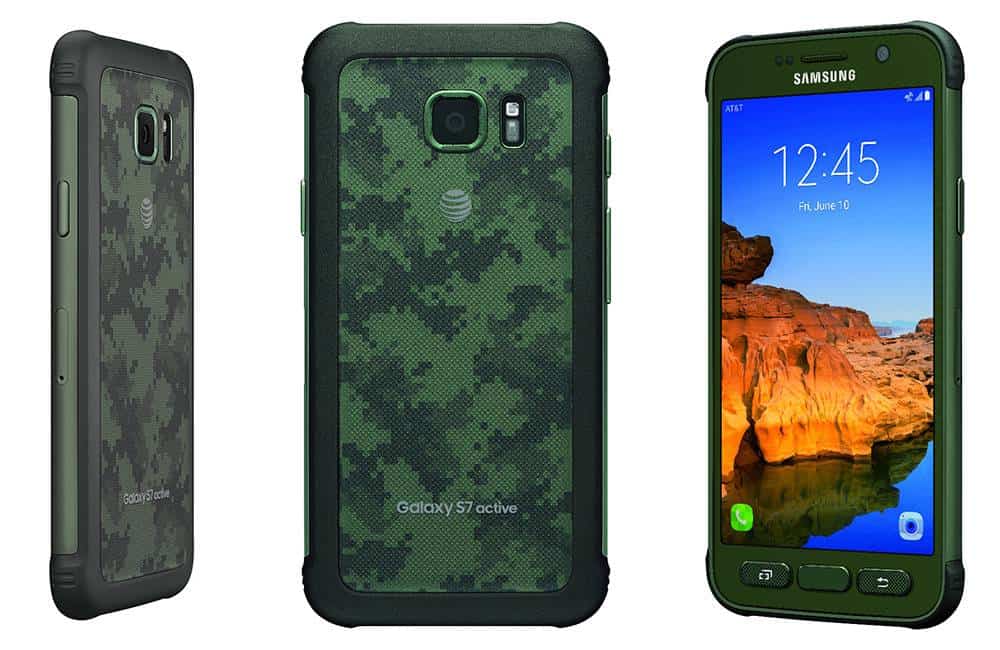 The Samsung Galaxy S7 series launched earlier this year boasts IP68-grade dust and water resistance, and the same can be said for the Samsung Galaxy S7 Active too. However, unlike the standard models, the Active variant is also wrapped in a military grade "MIL-STD-810G" certified case, adding resistance to salt, humidity, rain, solar radiation, vibration, and thermal shock. Not unlike the previous Active models, the Samsung Galaxy S7 Active also sports an additional, customizable "Active" physical button on the side. Otherwise, the handset is equipped with a 5.1-inch Super AMOLED shatter-resistant display with a resolution of 2560 x 1440, a Qualcomm Snapdragon 820 dual-core processor clocked at up to 2.15 GHz per core, and 4 GB of RAM. Users have 32 GB of internal memory at their disposal, which can be expanded by up to an additional 200 GB via microSD. The smartphone borrows the same 12-megapixel Dual-Pixel Autofocus camera from the standard variant, featuring an f/1.7 aperture and optical image stabilization, and also includes a 5 MP front-facing sensor with an identical aperture. The entire body measures 148.8 x 75.0 x 9.9 millimeters, it weighs 185 grams and conceals a generous 4,000 mAh battery which benefits from wireless and Adaptive Fast Charging.

The Samsung Galaxy S7 Active can be acquired from AT&T in one of three color options, namely Titanium Gray, Sandy Gold, or Green Camo. As mentioned above, the handset is accompanied by a price tag of $794.99 unlocked, but prospective customers can also buy the device along with a carrier agreement for $26.50 / month for 30 months on AT&T Next, or for $33.13 / month for a period of 24 months on AT&T Next Every Year.