Meizu has introduced three devices thus far this year, the Meizu M3, M3 Note and PRO 6. Interestingly enough, all of these devices were introduced back in April, and we’re looking at two mid-range and one high-end handset here. That being said, Meizu has already announced that they’ll hold a press event today, and if rumors and leaks are to be believed, the company will introduce the Meizu M3S, which is essentially the Meizu M1 Metal’s successor, but Meizu will introduce it under a new name, at least if rumors are to be believed.

Now, in addition to this, a leak suggested that Meizu might introduce the PRO 6 Plus on June 30th, and now we have some info regarding the Meizu MX6, another phone that is expected to launch soon. If you take a look at the image down below, you’ll get to see Meizu MX6’s alleged retail packaging. Now, the Meizu MX5 was announced back in July last year, but if today’s rumor is accurate, its successor might launch as early as this month. According to a China-based tipster, @KJuma, Meizu will introduce the Meizu MX6 on June 20th, and the device will be priced at 1,799 Yuan ($273). The tipster has also said that the phone will feature a press sensitive fullHD (1920 x 1080) display (he didn’t mention the phone’s display size), and that it will be fueled by MediaTek’s Helio X20 or X25 64-bit deca-core SoC. The 20.7-megapixel snapper is expected to be located on the back of this smartphone, and an 8-megapixel shooter will be available up front. The phone will come in two variants, one variant will sport 3GB of RAM and 32GB of internal storage, while the other one will ship with 4GB of RAM and 64GB of native storage.

That is more or less it as far as specs go. The Meizu MX6 will almost certainly going to be made out of metal, and you can expect it to resemble Meizu’s previous devices. If Meizu intends to release this device on June 20th, we can expect some sort of a confirmation really soon, so stay tuned for that. 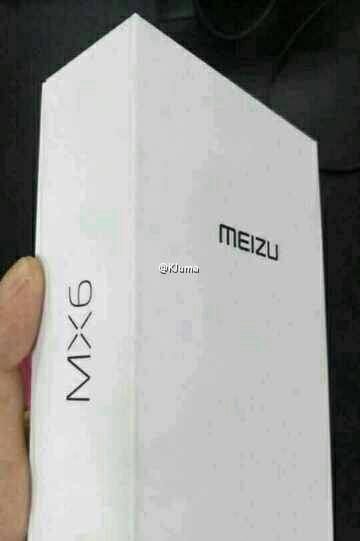