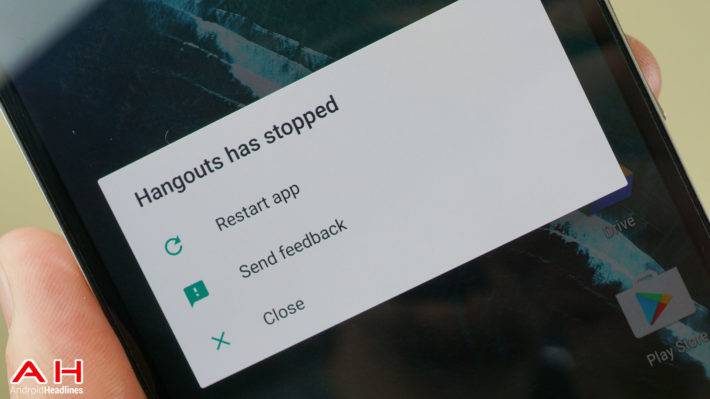 Of course, there are tons of speculation out there about why Hangouts is having issues with developer preview 4. The most likely reason is the fact that the Hangouts team just hasn't updated the app to work with Android N's new developer preview. But with Google announcing Allo at Google I/O last month, many are thinking that their attention is on Allo now, and not Hangouts. Which could be true, but no one knows for sure. Hangouts has had a troubled past, and has had quite a few issues over the years, so this may not be surprising to many. But keep this in mind if you were thinking of flashing Android N Developer Preview 4 onto your Nexus device.

Android N doesn't officially have a name just yet, nor a version number. Google is expected to announce that in a few weeks though. Android N is bringing a ton of new features to Android with this release, of course, the biggest feature is multi-window. A feature that users have been wanting for quite a while. Another is the direct reply API, allowing users to reply to messages – in appropriate apps, of course – from the notification shade, and without needing to open up the app. Android N's final build is expected to be available sometime in August or September with Google saying it'll be available in Q3.