Lenovo’s Tech World conference is just a couple of days away, set to take place on June 9th which is this Thursday, and there are more than a few things that we can likely expect to see from the company during their event. There are a handful of devices that are rumored to be there, one of which has been confirmed by Lenovo to receive an official unveiling. The Project Tango consumer smartphone will be announced and showcased to the public for the first time, but it’s also quite likely that we’ll end up getting to see the new generation Motorola device that is replacing the Moto X this year, as well as the rumored modular accessories.

While it’s hard to say at this point if Lenovo will have a major device focus at Tech World, it’s possible that the highlight of the conference could be the Project Tango smartphone. Project Tango technology is a big deal, and up until now it hasn’t really been marketed towards consumers. While just about anyone could buy the Project Tango tablet when it went on sale through the Google Store, it was quite the hefty price making it less of a possibility that anyone other than developers would pick it up. Considering this, Project Tango aimed at the consumer market is huge, as Lenovo, partnered together with Google, feels that the consumer world is ready to get their hands on this type of technology that, has the potential to really do some groundbreaking stuff in the world of mobile devices. 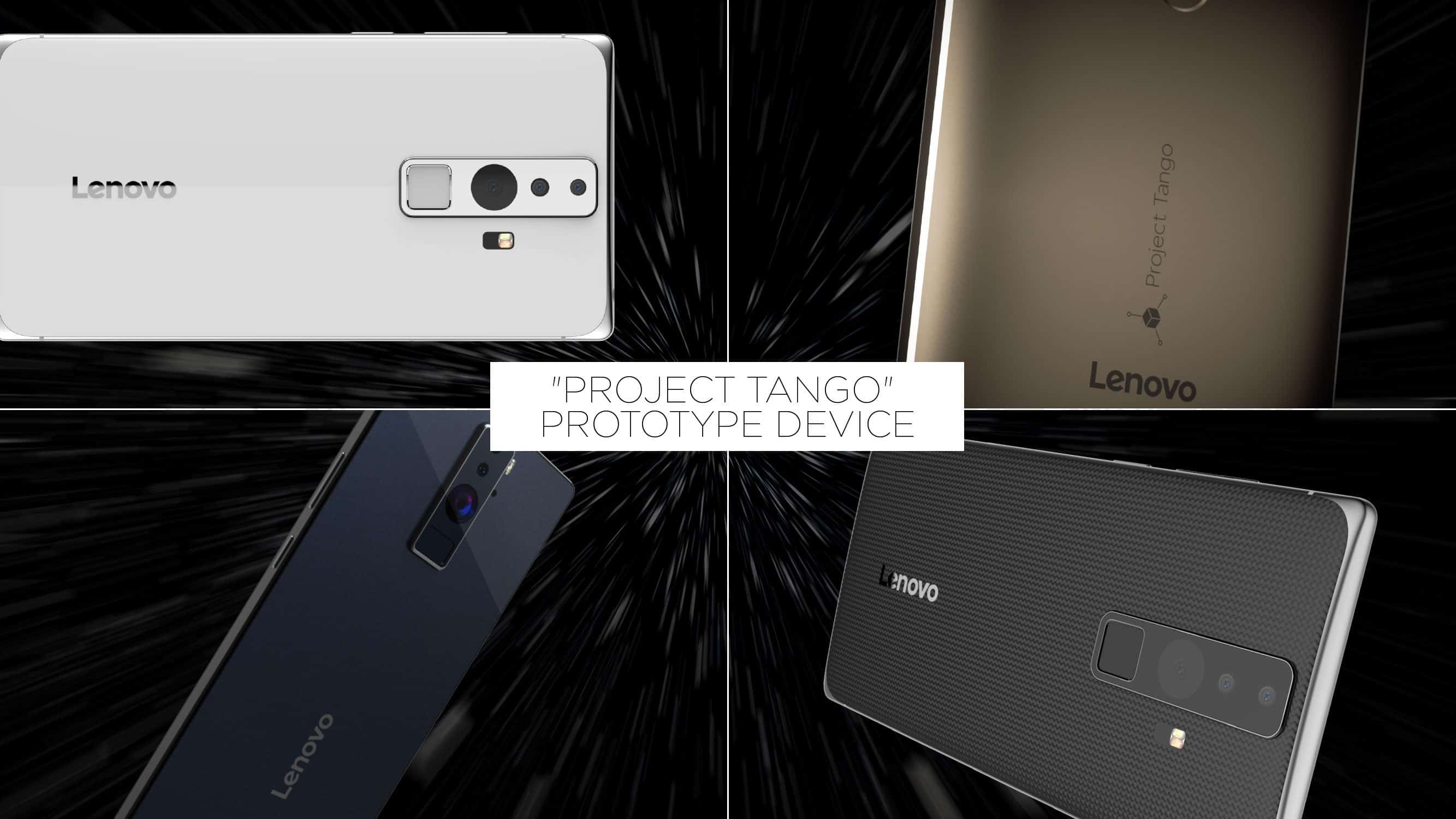 Initially the Project Tango smartphone was revealed back during CES 2016, which happened in the beginning of this year back in January. While some slides were shown off that gave the public a glimpse at the overall design of the upcoming handset, the front of the phone was not pictured, and no specific details were really mentioned about the device, other than the fact that it should be under $500 and the screen size would be under 6.5-inches. While there hasn’t been any more talk or speculation on the cost, the Project Tango smartphone was just recently rumored to be coming with a 6.4-inch Quad-HD display, and that it would be called the Lenovo PHAB2 Pro. While this rumor can’t be confirmed, the screen size of 6.4-inches is under the 6.5-inches that Lenovo said could be expected of the device when it launched later in the year. In just a couple of short days, we’ll finally get the chance to see it in complete detail, and should learn all there is to know about the specifications and hardware, as well as get a picture of the full design and learn about availability and official cost.

Interestingly enough, a rumored image leaked of the Lenovo Project Tango smartphone just this morning, but it does look a little bit different from the image above which Lenovo themselves put out during the announcement of the Project Tango smartphone earlier this year. Having said that, this could mean a few different things. It’s possible that Lenovo may have changed the design of the phone in between the time they released the image from the initial announcement and the time the image below rumored to be of the device has leaked. It’s also entirely possible that the rumored image is just that, a rumor or a mockup, and that the design of the phone above is what consumers should expect. Another possibility is that Lenovo could have more than one model of the Project Tango smartphone available, and that we may learn about this device at Tech World later on this week. 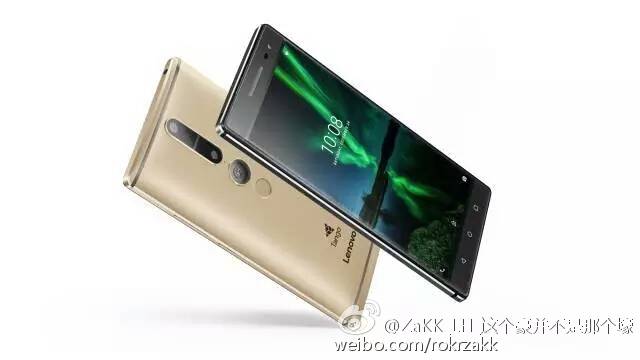 Aside from Project Tango, Tech World also has the potential to showcase the new line of Moto X devices which are rumored to be getting renamed to the Moto Z line, which is thought to include the Moto Z, the Moto Z Play, and the Moto Z DROID edition which would end up being a Verizon Wireless exclusive as all other DROID devices have been. While there has been no confirmation from Lenovo on whether or not the Moto Z family of devices would show up at the conference, it seems like a perfect time to introduce the phone to the public. Lenovo has already shown off the new Moto G4 family of devices, so the Moto Z family would be a good followup, and considering all of the leaks recently, it would make sense for them to be close to an unveiling. In regards to the Moto Z, we could end up learning about the pricing and availability of the phone alongside the hardware specifications, and since there has been no official details on U.S. pricing or availability for the Moto G4, Lenovo may end up deciding to talk about this at Tech World this week as well.

If we do end up seeing the Moto Z lineup this week, then we’ll almost certainly end up getting to see the rumored MotoMods as they’re currently being referred to. The MotoMods are supposed to be Lenvo’s take on the modularity of the smartphone. Instead of having removable bottom-mounted attachments like with LG’s G5, the MotoMods are snap-on case-like accessories which fit to the back of the phone like any other snap-on case, but they have the added functionality to enhance the use of the device. Already there have been a few different MotoMod cases pictured and detailed, which include a JBL Speaker, a Hasselblad Camera, and one with a Pico Projector attached. In addition to the MotoMods which will supposedly add a little bit of modularity and extra functionality to the Moto Z line, there have been other MotoMods leaked as well which appear to be more like a traditional replacement back, similar to what we’ve seen from Motorola in the past with the previous Moto X phones, providing what look like real wood backs, leather backs, and more. While there have only been three rumored MotoMods so far aside from the leaked mods which simply look like replaceable backs, there is always a chance that we could end up seeing more snap-on accessories come to market from various partners of Lenovo. 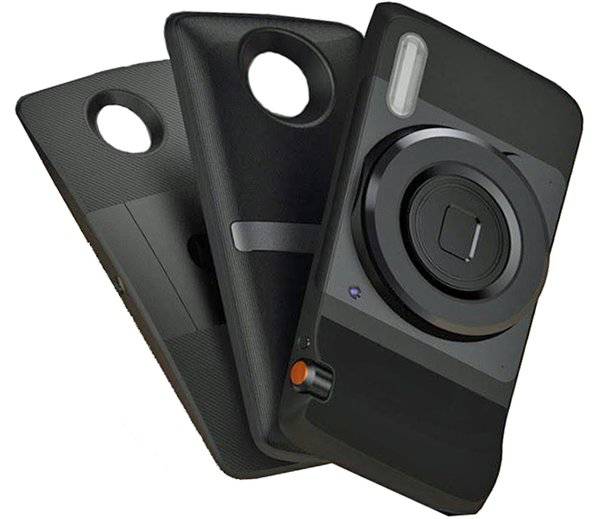 While Project Tango and the new Moto Z line are certainly going to be exciting to see if they make their appearances, Lenovo is set to showcase a completely different type of technology at Tech World this week. As of just this morning it was revealed that the company is expected to unveil “next-gen” virtual reality and augmented reality hardware, as they have been confirmed to be partnering with a company called Movidius, a chipmaker who Lenovo will be using to power their hardware. Lenovo is expected to launch a dedicated mobile virtual reality product in the second half of this year, but they may also be launching more than one piece of hardware which is powered by the Movidius chip, confirmed by Movidius to be a chip called the Myriad 2 Vision Processing Unit. The chip is low powered, and it was designed by Movidius specifically for tasks like head tracking, gesture recognition, and fusing multiple video streams together for an “interactive VR experience.” There is much detail beyond this currently, but it was stated that more information regarding the Myriad 2 VPU and Lenovo’s VR and AR products which are to be powered by the chip would be unveiled at the upcoming Tech World conference this week. While most of the speculated hardware is just that, speculation, Tech World is already shaping up to be an exciting event that could reveal some cool tech from Lenovo.