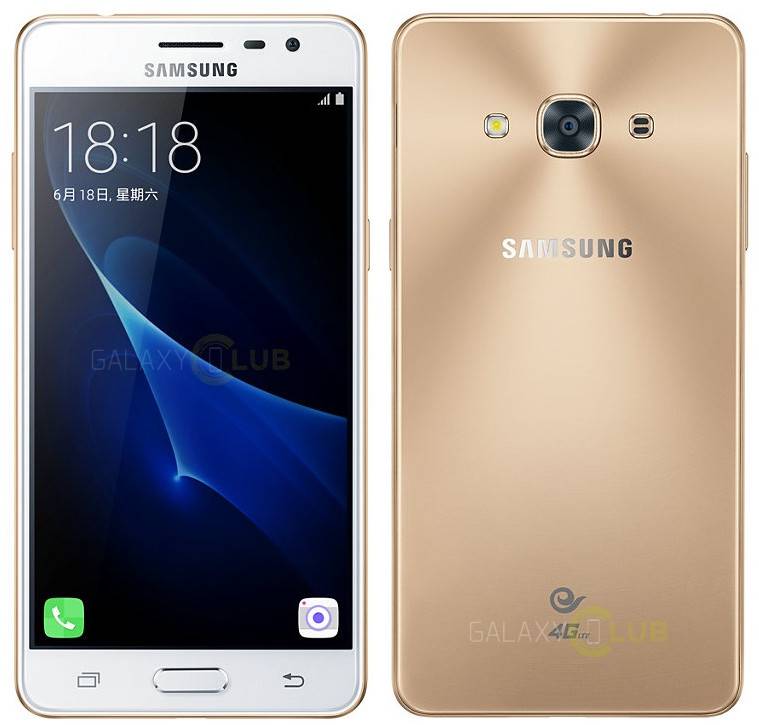 Samsung's strategy of launching multiple versions of the exact same device with minor changes in hardware specs is something that doesn't always go down well with everybody, but the company seems to have taken that old adage to heart – 'If it ain't broke, don't fix it'. The strategy of flooding the market with innumerable similar devices in an effort to offer something for everybody has allowed the company to climb to the top of the smartphone sales charts, so whether or not netizens express their dissatisfaction with Samsung's strategy, it's unlikely that the company is going to change its ways any time soon. In fact, latest reports seem to indicate that the company is now prepping the launch of a variant of the Galaxy J3 (2016) handset that was launched just a few months earlier.

After having been listed on TENAA and GFXBench, the upcoming device (SM-J3119) has now been revealed in all its glory thanks to leaked press renders. There's some amount of confusion on whether the handset will be marketed as the Galaxy J3 Pro or Galaxy J3 (2017), but it will apparently head for China Telecom and is expected to be announced in the country later this month. What's also remarkable is that there will also reportedly be not one, but two different variants of the upcoming smartphone. While both the different versions will come with the same hardware for the most part, the SM-J3119 will come with a 5-inch 1080p AMOLED display panel, whereas the SM-J3110 will feature a 720p AMOLED screen of the same size.

The rest of the tech specs will apparently remain identical, including a Snapdragon 410 SoC under the hood, 2 GB of RAM and 16 GB of expandable storage. There's also talk of an 8-megapixel primary camera with LED flash and a 5-megapixel selfie-cam, alongside FM radio, LTE connectivity, Wi-Fi 802.11 b/g/n, Bluetooth 4.1 and GPS navigation. There will also be a 2,600 mAh battery in the midst of it all, and Android 5.1 Lollipop will be pre-loaded with a TouchWiz UI overlay. While there's just no info at the moment about the pricing of the upcoming device, Samsung will likely have to price it sensibly to compete on even terms with the vast number of popular smartphone brands in the country. Once launched, the Samsung Galaxy J3 Pro / Galaxy J3 (2017) will be available in Gold and Gray colors.