Do we have a good one for you today – I know I say that all of the time, but today I really mean it! We have the infamous Samsung Galaxy S7 going up against the new Moto Z Force. This is the Verizon exclusive model – replacing the Droid Turbo 2 – and replace it, it has. These two devices look the part of a premium flagship, although the all metal and glass Galaxy S7 takes the lead over the all-metal design of the Moto Z Force.  These two devices do have a few things in common that we will take a look at now and then later we will look at each individual device to try to determine a winner of this specification comparison.

The Galaxy S7 and Moto Z Force do have a few things in common. We can start with the fact that they both use an AMOLED display and a Quad HD resolution, although slightly different sizes. They both use the same processor (US Galaxy S7) – the Qualcomm Snapdragon 820 quad-core, both share 4GB of DDR4 RAM with a 32GB/64GB of internal memory, and both have a microSD slot to expand that memory. They both use a 5MP shooter for the front-facing camera (FFC) for great selfies and video chatting. The Galaxy S7 and the Moto Z Force each have a fingerprint sensor that can unlock the device as well as authorize Android Pay mobile payments. Each has a non-removable battery and each has fast charge capabilities – with the right Moto Mod, the Z Force can also share the Galaxy S7’s wireless charging ability. The usual suspects are all here – WiFi, Bluetooth (v4.2 in the S7 and v4.1 in the Z Force), GPS, NFC, and a microUSB v2.0 port in the Galaxy S7 and a new USB Type-C v1.0 reversible connector on the Z Force. 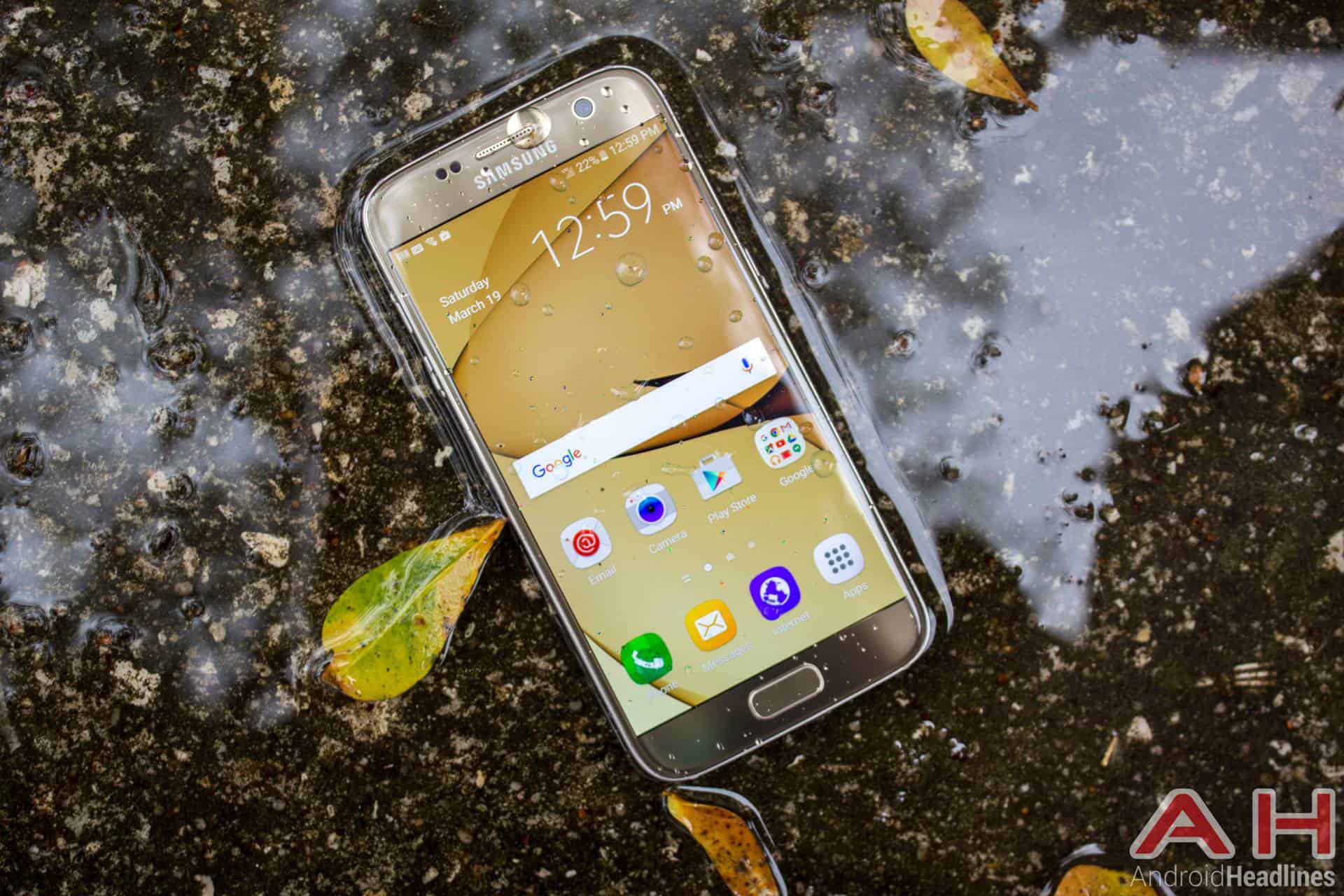 All the techies (even ones that hate the brand), reviewers, and other manufacturers look forward to see what Samsung brings to the table with its ‘S’ series smartphone. It seems to be the one device that everybody strives to beat – yet Samsung outsells them all. The Galaxy S7 is a refinement of last year’s complete makeover, making a rather unassuming introduction – it has the same metal and glass construction (refined just a little), with all the latest and greatest components inside. The real shocker was the new and improved camera area that went from a standard 16MP shooter to a Dual Pixel 12MP shooter – we did not see that one coming, but it works.

Samsung has slowly increased the megapixels in its camera area every year and we were expecting a 21MP shooter, according to rumors. However, the complete opposite occurred – Samsung is using a new Dual Pixel 12MP camera that has a larger sensor than the old 16MP. The new sensor with larger pixels, allows more light and detail onto the sensor for better low-light shots. Samsung made other improvements as well – they increased the aperture to f/1.7, included a faster phase detection autofocus (PDAF), auto HDR and they retained the OIS. The Galaxy S7’s FFC comes with a 5MP sensor, a wide-angle lens, the same f/1.7 aperture as the main camera, and Live HDR, which allows excellent low-light selfies and video chatting. Still a non-removable battery, it was increased to 3000mAh and features Quick Charge 2.0 and Quick Wireless Charging for both Qi and PMA standards.

When Lenovo unveiled their new Moto Z and Moto Z Force smartphones the first part of June, most of the rumors we had heard were true. Today we are looking at the Moto Z Force – the exclusive DROID version for Verizon, although there are not many differences between the normal Moto Z and the Z Force. The Z Force model carries a larger battery, has the ShatterShield display, and a better camera – most likely things demanded in their DROID contract. This year’s upgrade from the DROID Turbo 2 is now a new all-metal design, although some might say it is not the most flattering of designs – at least until you add a Moto Mod on the back. Moto Mods are similar to the modules found on the LG G5, but with the Moto Z version, they simply snap on the back via magnets – which means there are contact points showing when no mods are in use.  You can also add backings of different materials to give it a great look. It seems a better way to handle Mods than the LG G5 method.

The Moto Z Force uses a 5.5-inch AMOLED display with a resolution of 2560 X 1440 pixels and 535 PPI. It is using the best processor currently on the market, the Snapdragon 820 quad-core with dual cores clocked at 1.6GHz and dual cores clocked at 2.15GHz. This is working in tandem with an Adreno 530 GPU handling all graphics you can throw at it. It is packing 4GB of DDR4 RAM and either 32GB/64GB of internal memory that is expandable by a microSD slot.

The new camera uses a 21MP sensor with a large aperture of f/1.8.  It comes with both laser and phase detection autofocus (PDAF), dual-tone flash, and OIS. The Z Force uses a 5MP FFC with a f/2.2 aperture, LED flash for selfies and video chatting and can record in 1080p. The Moto Z Force comes with a large 3500mAh battery and uses Moto’s Turbo Charger. If you purchase the proper Moto Mod, you will not only increase the battery size, but the ‘Mod’ adds wireless charging as well.

The new Moto Z Force smartphone does not really have anything that the Samsung Galaxy S7 doesn’t already have – however, it is lacking a 3.5mm headphone jack. The Moto Z Force comes with an adapter that plugs in the Type-C reversible port to accept earphones – not sure about that move. The Moto Mods is another item of interest – allowing you to expand the battery, add wireless charging, Bose speakers, and more.  What is nice about the Moto Mods is that they do not invade the integrity of the device as they merely click on the back with magnets. It measures in at 155.9 x 75.8 x 7mm and weighs in at 163 grams. It looks like pricing will be around $549 exclusively on Verizon.

I must call the Moto Z Force the victor over the Samsung Galaxy S7.  The Galaxy S7 has very few things not found on the Moto Z Force, and a few of them – the heart rate monitor and oxygen saturation sensor – many could care less about having on their smartphone. Samsung Pay is an excellent option to have available. True, the Z-Force does not have the IP68 certification, but it does have the nano-coating, it lacks the faster UFS 2.0 internal memory, or Hi-Res audio, but it does have a front-ported loudspeaker.

What the Moto Z Force does have is a larger QHD AMOLED ShatterShield display, the same processor, the same GPU, the same 4GB of DDR4 RAM and room to expand its memory. It has an excellent camera setup, the newer reversible Type-C connector, a larger battery with Turbo Charging, the ability to snap on different backs to give it a custom look, and the Moto Mods, which could be the start of a new trend in smartphones.

The only downside – for some – is it is available only on the Verizon network.  If you can get passed that, then for only $549, you can have yourself a true flagship device.