Skip to content
Advertisement
Trusted By Millions
Independent, Expert Android News You Can Trust, Since 2010
Publishing More Android Than Anyone Else
50
Today
50
This Week
922
This Month
7340
This Year
117297
All Time
Advertisement Do we have a good one for you today – the latest LG G5 goes up against the huge ASUS ZenFone 3 Ultra.  ASUS just announced three new smartphones – the ZenFone 3, the ZenFone 3 Deluxe, and the ZenFone 3 Ultra – which should start showing up soon.  Their nomenclature is a little misleading in that the Deluxe model is really the ‘ultimate’ model with high-end specs – the Ultra model is ‘ultra’ in size only, with midrange specs.  Both the LG G5 and ZenFone 3 Ultra are all-metal devices, with the Ultra getting the nod for the superior looks – even the antenna is hidden around the edges to avoid any antenna lines (via iPhone, HTC) while LG painted over their metal phone to cover up those plastic bands.  As different as these two devices are, they do have a few things in common.  We will then look at each device to try to determine a winner of this specification comparison.

Looking for similarities, we will certainly not start with physical or display size as the ZenFone 3 Ultra towers over the LG G5, although they do share the IPS LCD display technology.  They both use a Snapdragon processor and an Adreno GPU, but very different models.  Both are packing 4GB of RAM, and both can expand their internal memory via a microSD card.  The LG G5 and ZenFone 3 Ultra both have an 8MP front-facing camera (FFC) for selfies and video chatting.  Both have 24-bit/192kHz audio for high-end audio through your earphones.  They have the usual suspects for the most part – WiFi, Bluetooth v4.2, GPS, FM radio, fingerprint sensor, Quick Charge 3.0, and a Type-C USB connector (v3.0 on the LG G5 and v2.0 on the Ultra). We are still trying to verify if the ZenFone 3 Ultra comes with NFC – some specs say yes, and others say no. 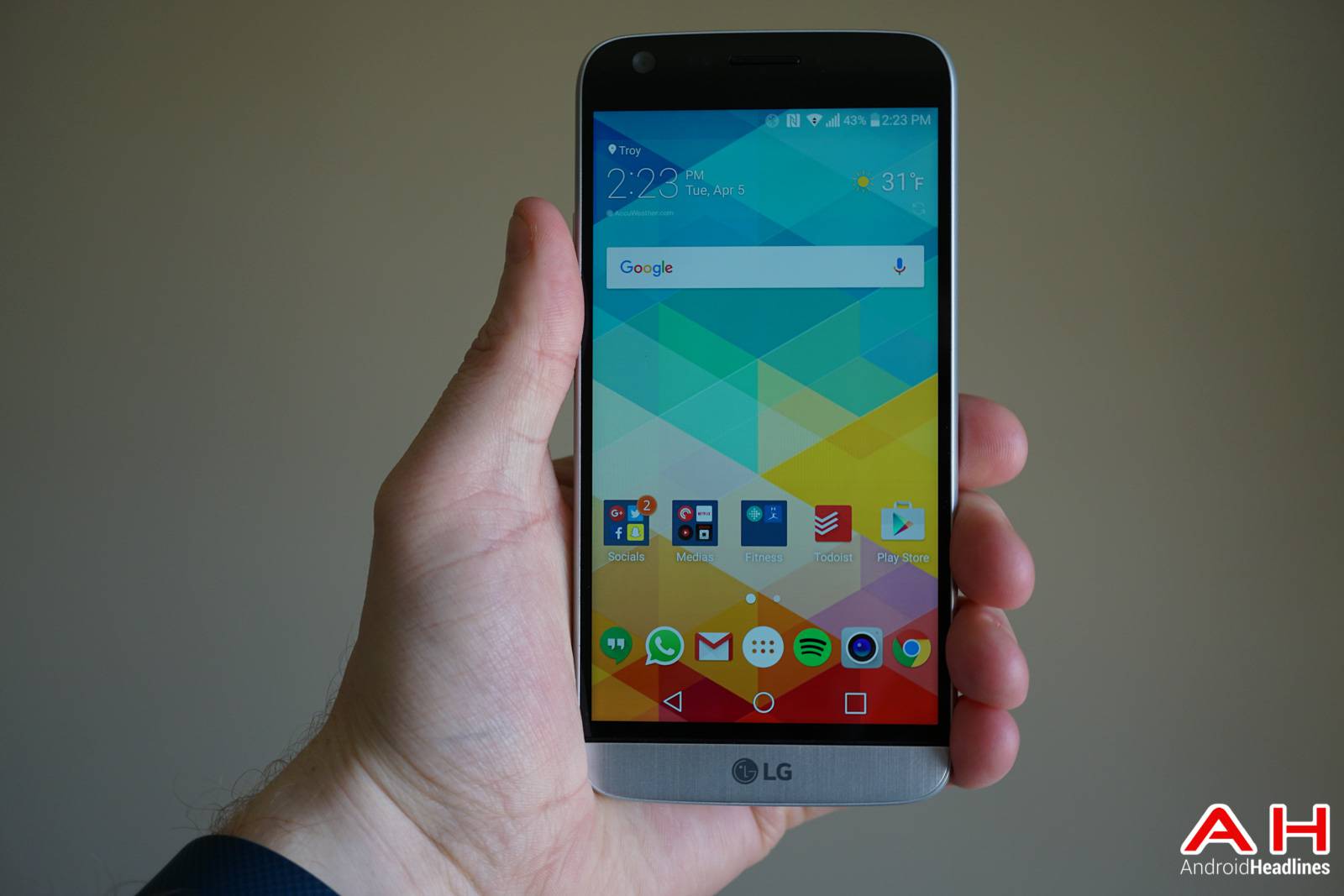 You can say what you want about LG, but they are not afraid to try new things – first to mass produce a device with a QHD display, add a plastic back that looked like brushed metal, and what about moving the on/off and volume controls to the back of the phone.  Now with the LG G5, they took a huge chance by using ‘slide-in’ modules.  The user pushes a button on the lower side of the device and slides out the bottom ‘chin’ along with its battery. That slot can then serve as a receptacle to – slide in a new battery or an individual module to add more functionality to the LG G5.  While this concept is exciting, it also opens a whole new set of questions and problems if the modules are not available, cheap enough in price, or reusable on the next model.  However, LG deserves credit with their new design – even though they went from plastic to a metal body they were still able to keep those features like memory expansion and a removable battery.  Let’s take a closer look at the new LG G5 and see just how the specs and design hold up to the new ASUS ZenFone 3 Ultra.

The LG G5 sports a 5.3-inch IPS LCD QHD display with added ‘always-on’ display – a feature that should help save battery life.  The QHD resolution packs 2560 x 1440 pixels and gives the LG G5 about 554 pixels-per-inch (PPI.)  The processor is the newest Qualcomm Snapdragon 820 quad-core processor with a dual-core clocked at 1.6GHz and a dual-core clocked at 2.15GHz.  An Adreno 530 GPU is used for outstanding graphics even under strenuous gaming graphics. The G5 packs in 4GB of DDR4 RAM and 32GB of internal memory that is expandable to 2TB via a microUSB card.

It seems this is the generation of new camera designs, and the LG G5 is no exception.  It comes with the single 16MP sensor, as found on the LG G4, but then LG added an 8MP wide-angle sensor for a duo camera.  For regular shots, the 16MP shooter is used, but for those shots where the user wants to capture more in the photo, the wide-angle of the 8MP is used.  LG did retain the excellent 8MP FFC from the G4 for selfies and video chatting.  LG decreased the battery size to 2800mAh, but being it is still removable and has quick charge capabilities, the user should always have the power they need.

Former LG G4 owners will notice that some rearranging was done on the LG G5 – the rear controls are gone and replaced by the fingerprint sensor.  However, the fingerprint sensor will push in to simulate on/off, and the volume controls are back on the side of the LG G5.  The LG G5 does retain its built-in IR Blaster and FM radio.  The LG G5 measures 149.4 x 73.9 x 7.7 mm, weighs in at 159 grams and comes in Silver, Titan, Gold, and Pink.  The LG G5 is available on all the leading US carriers, and it will cost you about $625. 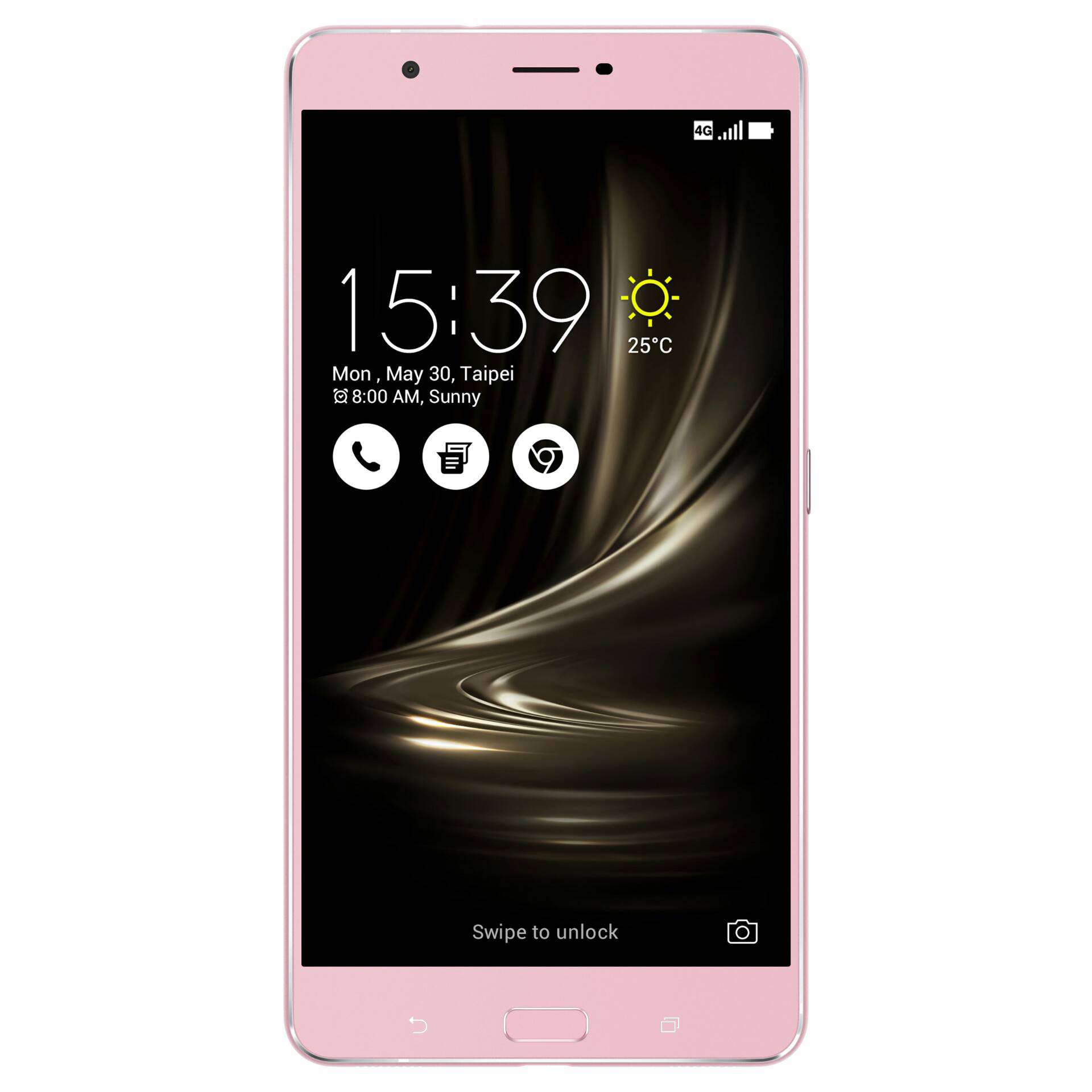 ASUS’ new lines of phones are impressive and well thought out, giving us three tiers to choose from – today we are looking at the ZenFone 3 Ultra.  It is not named ‘Ultra’ because it is the ultimate device in their lineup – that would be the ‘Deluxe’ – it is named so because of its mammoth 6.8-inch display.  The ZenFone 3 Ultra is a beautiful all-metal design that hides all of those ghastly antenna lines on the back of the phone. ASUS changed up just about everything from last year’s ZenFone 2 design – new processor, more RAM, the new UFS 2.0 memory, and better camera.  Let’s take a closer look at Ultra model and see how it stacks up against the LG G5.

The ZenFone 3 Deluxe sports a massive 6.8-inch IPS LCD display with a Full HD resolution of 1920 x 1080 pixels and roughly 324 PPI.  The brains come from a 64-bit Qualcomm Snapdragon 652 octa-core processor with a quad-core clocked at 1.4GHz and a quad-core clocked at 1.8GHz with an Adreno 510 GPU handling the graphics.  It boasts 4GB of DDR3 RAM and 64GB of faster UFS 2.0 memory that is expandable to 200GB via a microSD card.

The primary camera is a nice 23MP (Sony’s IMX318 sensor) with a f/2.0 aperture, 6-element Largan lens, and 0.03-second TriTech Autofocus (Laser and PDAF), with a 4-axis OIS, and dual-tone flash.  For selfies and video chatting, the Ultra gives us an 8MP FFC with a f/2.0 aperture and 85-degree wide-angle lens.  A huge non-removable 4600mAh battery with Quick Charge 3.0 powers the device.  It has a rear-mounted fingerprint sensor for unlocking the device as well as authorizing mobile payments and dual bottom-mounted stereo speakers. 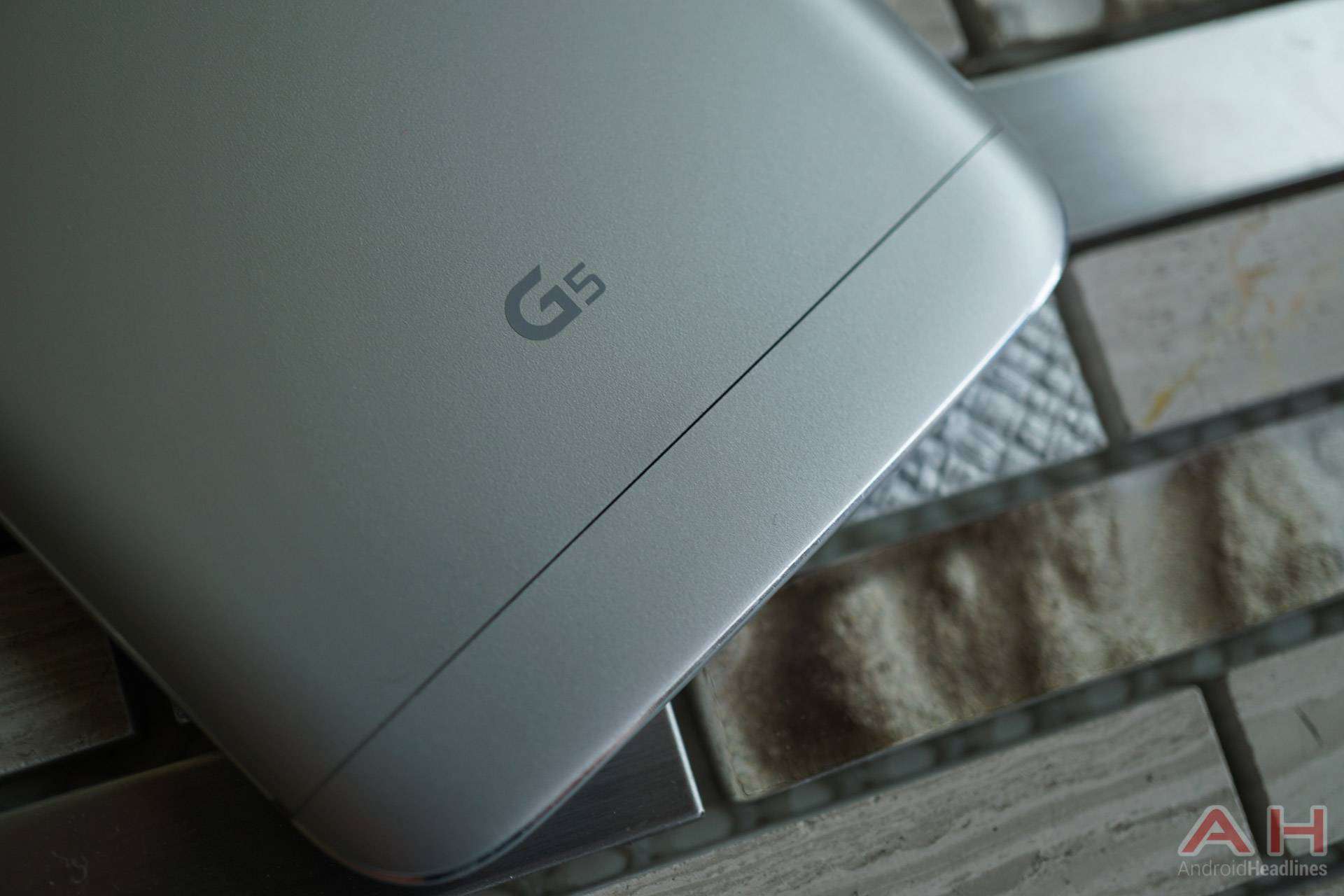 Even with the huge display – which is a bad spec for most users – and the $145 in savings, I have to pick the LG G5 as the winner of this comparison.  The LG G5 uses a QHD always-on display, a much faster processor and GPU, more memory capacity, the use of modules, a removable battery, and faster battery charging,  All of those features for only $140 more, makes it the winner of this comparison.

With the ZenFone 3 Ultra, the word is ‘BIG.’  You get a big display, a big camera sensor, and a big battery – however, you also get ‘LESS.’  The ZenFone 3 Ultra gives you a lesser screen resolution, a lesser processor and GPU.

If you want a large display and a large battery at a reasonable price, then the ASUS ZenFone 3 Ultra may be worth looking at – but if you want screaming performance, one of the best cameras available on a mobile device, a removable battery, and the use of those interesting modules, the LG G5 is the device for you.