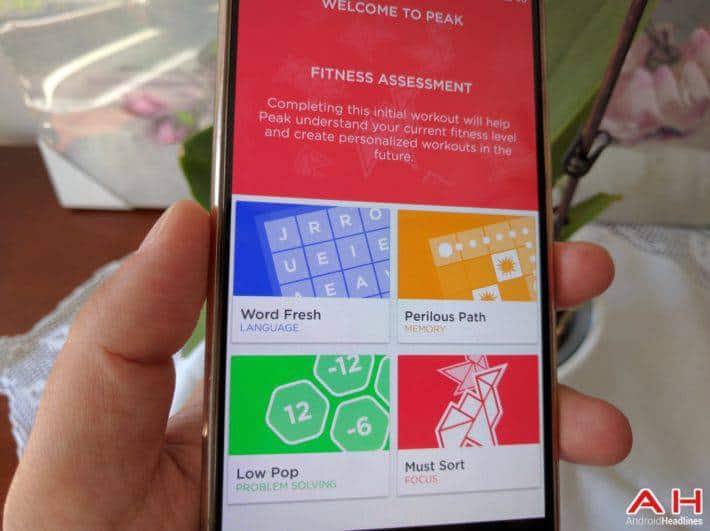 Gaming can be truly fun, no matter if we're talking about time-consuming games, or simple and fun time wasters which you play while you're riding on the public transport, or waiting in line somewhere. Smartphones have opened all sorts of mobile gaming opportunities for consumers, so it's not exactly a surprise we're seeing more and more great gaming titles released in the Google Play Store. Gaming can be fun and yet educational at the same time, there are all sorts of games that combine the two, and we're here to talk about one such game that is quite popular, read on.

The game we're here to talk about is called 'Peak – Brain Games', and you're into smartphone gaming, chances are you've heard of it already. This game currently has over 1 and 5 million downloads in the Google Play Store, and holds a 4.5-star rating. Peak has been awarded by Google as well, the company marked it as one of the best games of 2015. So, what is Peak? Well, it's a collection of 30 different, and yet challenging, mini games which are spread across a number of different categories, including memory, focus, language, mental agility and problem solving. All of these mini games are designed with the help from neuroscientists, and they're supposed to be fun and challenging. These games are supposed to stimulate your brain, and perhaps even replace Sudoku, crosswords and other similar games. Peak lets you track your performance by offering in-depth statistics, and you can even compete with your friends and compare your stats with theirs.

You'll be glad to know that Peak is a well-designed app as well, and it was a real pleasure to use it. Now, do keep in mind that in-app purchases are available here, and the game itself weighs around 120MB. If you'd like to check out Peak's design, take a look at the gallery down below, and if you need more information or would just like to download the game, click on the Google Play banner located below this article which will take you directly to the Google Play Store.