On June 15th, OnePlus will be announcing their third flagship (fourth overall smartphone), the OnePlus 3. Which means the device isn’t far from becoming official, and we’ve already seen quite a few rumors about the specs for the flagship. In fact, we’ve even seen pricing, which states that the OnePlus 3 will be coming in four variants. Two models with 4GB of RAM and two with 6GB of RAM. Now the device has been benchmarked on Geekbench, and shows that there is 6GB of RAM included, at least in this particular model.

Other specs that were listed on the Geekbench listing include Android 6.0.1 Marshmallow, a Qualcomm Snapdragon 820 processor, and the model number is the OnePlus A3003. The device appears to be sporting the latest specs that are available, although the company is sticking with a 1080p panel on the OnePlus 3. Even though most smartphones are going with Quad HD panels. Which are also great for virtual reality, another feature that has become pretty popular as of late. OnePlus is also debuting the OnePlus 3 in a virtual reality press conference, as they did last year with the OnePlus 2.

Since debuting their first smartphone in 2014, OnePlus has dubbed their smartphones as “flagship killers”. While that may have been true with their first-generation device, that seems to not be the case anymore. With OnePlus using essentially the same specs as the competition, with a slightly lower price tag. It’s not necessarily a flagship killer, but still a really good option for those that want the latest and greatest along with a pretty low price tag. The OnePlus 3 will be announced in China on June 15th, which is less than two weeks away. So it won’t be long until we know all of the official details of the new device. Additionally, OnePlus has stated that the invite system is gone. Meaning that you’ll actually be able to buy the OnePlus 3 when you want, instead of needing to wait for an invite to buy.

The results of the Geekbench listing are shown below, and are quite respectable, especially given the specs that the OnePlus 3 is sporting here. 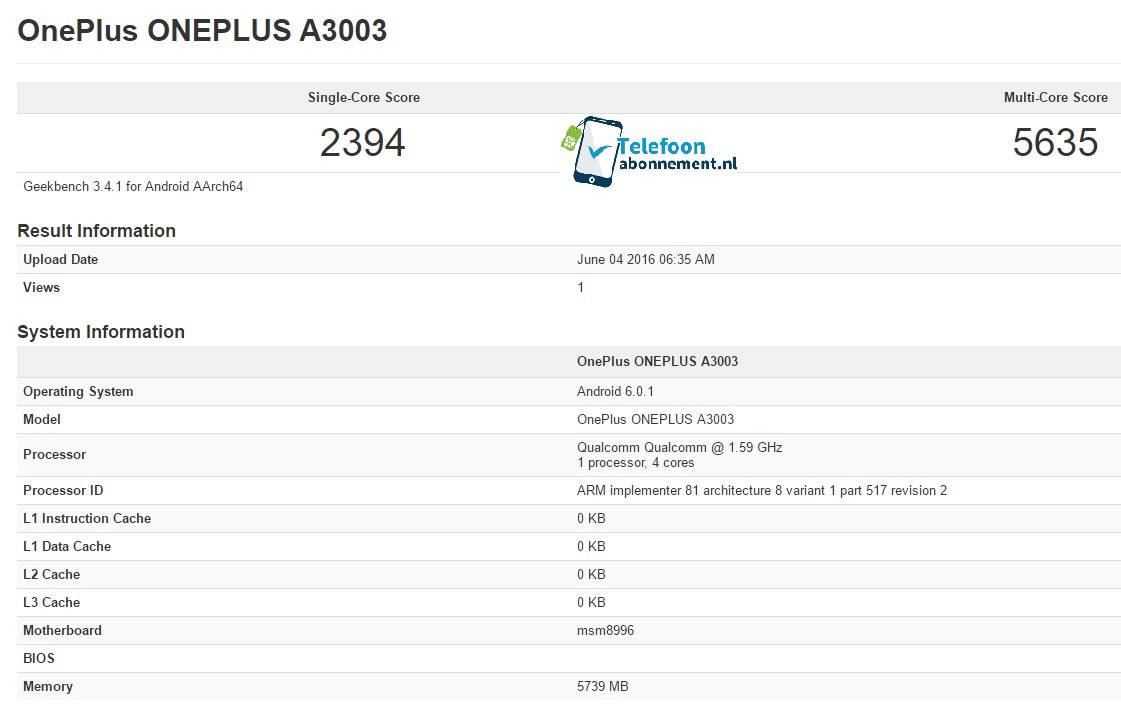