After weeks of intensive leaks, OnePlus 3 has finally been announced by the company. The device was just announced during OnePlus’ VR event, and we’ve already talked about the details in our main announcement. That being said, OnePlus has released a plenty of details when it comes to OnePlus 3’s global availability and pricing, so let’s take a closer look at the available info.

The OnePlus 3 will be available in a number of regions around the world, the device will land in China, India, Hong Kong, United States, Canada and Europe. With that in mind, the price of the OnePlus 3 will vary from market to market, and the same goes for its release date. The phone will be released in Europe and the US on June 14th, while it will launch in China on June 15th. As already mentioned, OnePlus 3 will be available for purchase (directly from the company’s website) in a number of European countries, and here’s a full (alphabetical) list of those countries: Austria, Belgium, Bulgaria, Croatia, Cyprus, Czech Republic, Denmark, Estonia, Finland, France, Germany, Greece, Hungary, Italy, Latvia, Lithuania, Luxembourg, Malta, Netherland, Poland, Portugal, Romania, Slovakia, Slovenia, Spain, Sweden and the United Kingdom. The OnePlus 3 will cost $399 in the US, Rs. 27,999 ($417) in India, while it will be priced at €399 ($450) in most of the aforementioned European countries, though the pricing will vary in some of them. The OnePlus 3 will cost £309 ($438) in the UK, and you can check out other country-specific prices by taking a look at the image down below.

The OnePlus 3 sports a 5.5-inch fullHD (1920 x 1080) Optic AMOLED display, 6GB of RAM and 64GB of native storage as well as a whole host of other features and specs. The device is fueled by the Snapdragon 820 64-bit quad-core processor, along with the Adreno 530 GPU for graphics. The 16-megapixel camera can be found on the back of the OnePlus 3, and an 8-megapixel shooter is available on its front side. The OnePlus 3 comes with Android 6.0 Marshmallow pre-installed, and on top of it, you’ll be able to find OnePlus’ OxygenOS 3.0. The 3,000mAh battery will also be included in the OnePlus 3, and so will OnePlus all-new Dash Charge quick charging technology. 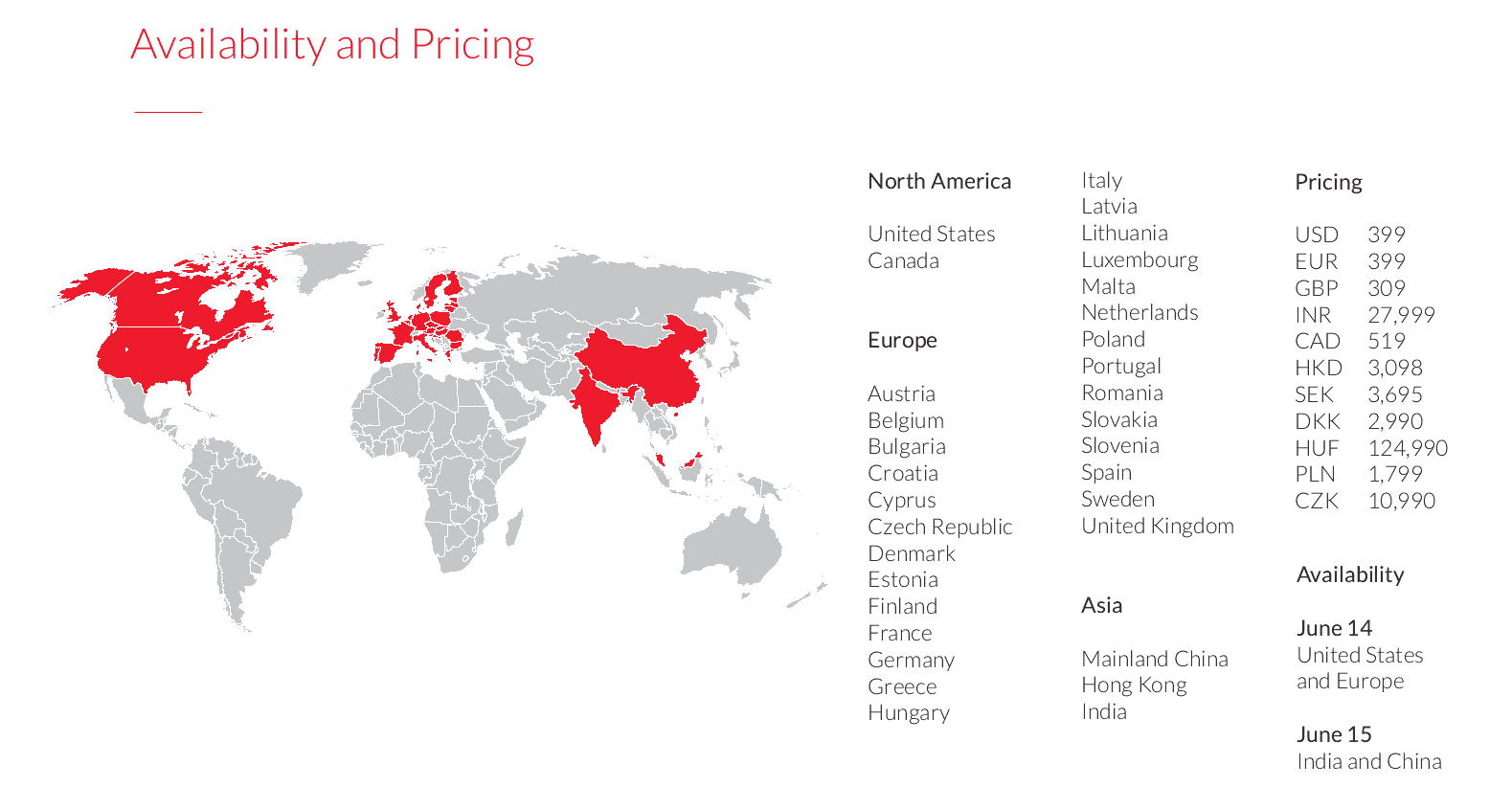