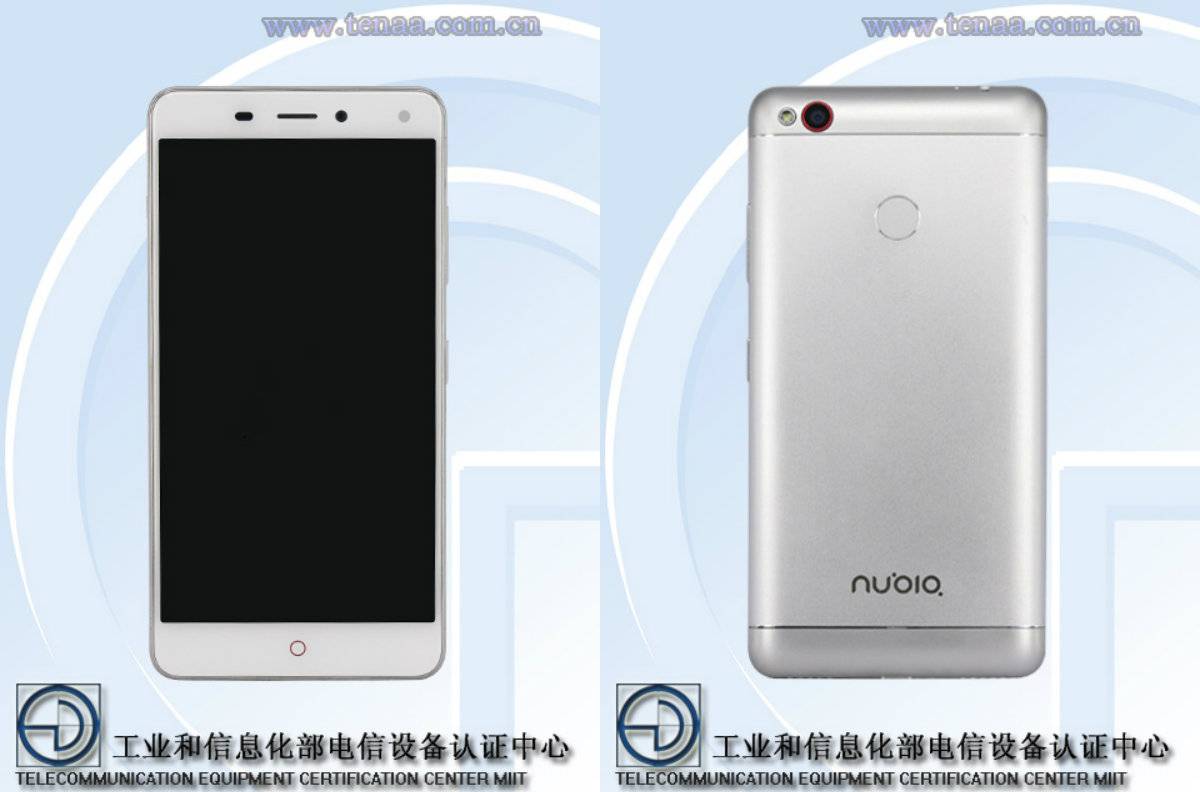 Nubia had already introduced a couple of really interesting devices this year, including the Nubia Z11 Mini and Z11 Max. These two handsets are direct successors to the Nubia Z9 Mini and Z11 Max which were announced last year, and we're still waiting for this company to announce the regular Nubia Z11. Well, Nubia had already confirmed that they will unveil this smartphone on June 28th, so all that remains for us to do at this point is sit and wait. Now, interesting enough, another 'bezel-less' Nubia-branded smartphone has been spotted yesterday, and this handset sports two cameras on the back, unlike the Nubia Z9 which was certified by TENAA (China's equivalent to the FCC) a while back.

Having all that in mind, another Nubia-branded smartphone has been certified by TENAA quite recently. Now, as far as specs go, we can say that this is a mid-range smartphone, but it definitely belongs in the upper mid-range category. The device is made out of metal, and it sports a fingerprint scanner on the back. The design is quite easily recognizable as it resembles Nubia's already released handsets, and the circular capacitive home button is available below the display. Both of the device's physical keys are located on the right side, as you can see, and this phone has bezels on the sides, but they don't seem to be thick at all, unless there are black bezels present here (we can't tell because the device's display is not turned on).

The model number of this device is NX541J, and the phone comes with a rather massive 4,900mAh battery. Aside from the respectable battery pack, this phone also features a 5.5-inch fullHD (1920 x 1080) display, 3GB of RAM and 32GB of expandable internal storage. The 13-megapixel shooter is available on the back of this phone, and an 8-megapixel camera can be found on its front side. As far as software goes, this smartphone comes with Android 5.1 Lollipop, and on top of it, you'll be able to find the company's Nubia UI. MediaTek's Helio P10 64-bit octa-core chip fuels this smartphone, and the device measures 150.9 x 75.7 x 8.95mm, while it weighs 174 grams. TENAA lists only 1 color variant of the phone, and that is the White Silver model that you can see in the images down below. We still don't know what will this phone going to be called, nor do we know when exactly will it launch, but we do expect it to arrive in the coming weeks.