While Motorola has already announced 5 smartphones so far this year (Moto G4, Moto G4 Plus, Moto G4 Play, Moto Z and Moto Z Force), that doesn’t mean that’s all Motorola or Lenovo has in store for this year. The rumor mill told us, in the lead up to Lenovo Tech World last week, that there would be a Moto Z Play smartphone coming. Now that wasn’t announced at Lenovo Tech World – instead we got the Moto Z and Moto Z Force – so whether it is still coming or not is still up in the air. But a new Motorola device has appeared on Geekbench, showing off some rather mid-range specs.

This device sports the model number XT1635, and not much is revealed in terms of specs here. We’re looking at the msm8953 – which is the Qualcomm Snapdragon 625, an octa-core processor clocked at 2.02GHz – along with 3GB of RAM. It does also show that it is running on Android 6.0.1 Marshmallow, and that is currently the latest version of Android. This does appear to be a bit of a mid-range smartphone, something in between their high-end Moto Z line and their cheap/mid-range Moto G4 line. Without the usual list of specs, it’s tough to gauge just how mid-range this will be, but it looks like it’ll be in the higher-end of the mid-range spectrum.

While this device likely does exist, it’s also worth noting that not every device that gets benchmarked actually gets released. When OEMs are working on new smartphones to release, they typically go through a few different prototypes before they release the final model, and many of those are benchmarked to see how well they work. Additionally, benchmarks are pretty easy to fake, and it has been done before. So we’ll have to take this with a grain of salt, at least for now. Hopefully more information will surface about this new Motorola device. As the Moto X Play was pretty popular last year for its large battery, and its something that users would love to see this year, especially with the Moto Z having such a small battery inside. 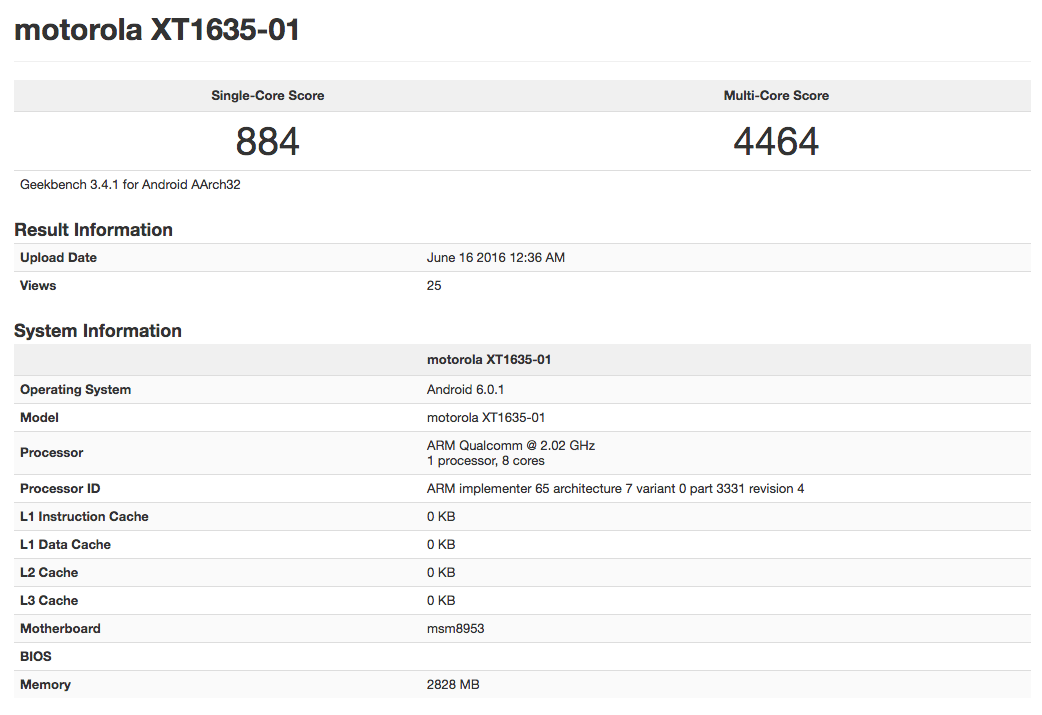