The Lenovo Tech World conference is scheduled for tomorrow, June 9th. The company is expected to introduce quite a few new devices during the show, including their rumored ‘Project Tango’ smartphone which leaked recently, and a number of ‘Moto’ devices. Lenovo is not only expected to unveil the Moto Z (Moto X Style’s successor), but also showcase the next-gen Moto X Play device. In addition to all this, the company will probably re-release the Moto G4 and G4 Plus smartphones which were introduced in India quite recently. We will be at the Lenovo Tech World tomorrow and will make sure to keep you up to speed.

As we’re waiting for the Lenovo Tech World to commence, a new leak has surfaced in China. Lenovo has shared a new teaser image on their official Weibo (Chinese social network) page, and it seems like they’re teasing one of Moto Z’s features. This teaser seems to be suggesting Moto Z’s camera capabilities, and if we had to guess, we’d say this regards the phone’s optical zoom capability. The ASUS ZenFone Zoom offered a 3X optical zoom, and the Moto Z might even do better than that. The source claims that this will be a 10x optical zoom, though it remains to be seen what happens. The camera bump on the Moto Z leaks is quite noticeable, and it is possible that the device will sport optical zoom capabilities out of the box, but it’s kind of hard to believe it will include 10x optical zoom. Perhaps Lenovo plans to use one of the MotoMods in order to make this happen (a 16 pin connector is a part of this teaser after all), who knows, we’ll just have to wait and see.

The Moto Z handset surfaced quite a few times thus far, and so have its accessories. You can take a look at our Moto Z preview article in order to find out more, in case you’re interested. If rumors are to be believed, the Moto Z will be made out of metal, and it will sport a rather large camera sensor on the back. A number of MotoMod accessories will be available for this phone, and one of them seems to be camera-related, and could emphasize Moto Z’s camera capabilities quite a bit. The Moto Z will be a high-end device, but it remains to be seen if Motorola plans to include bleeding edge tech in this phone, or will the company cut corners in order to keep the device affordable. 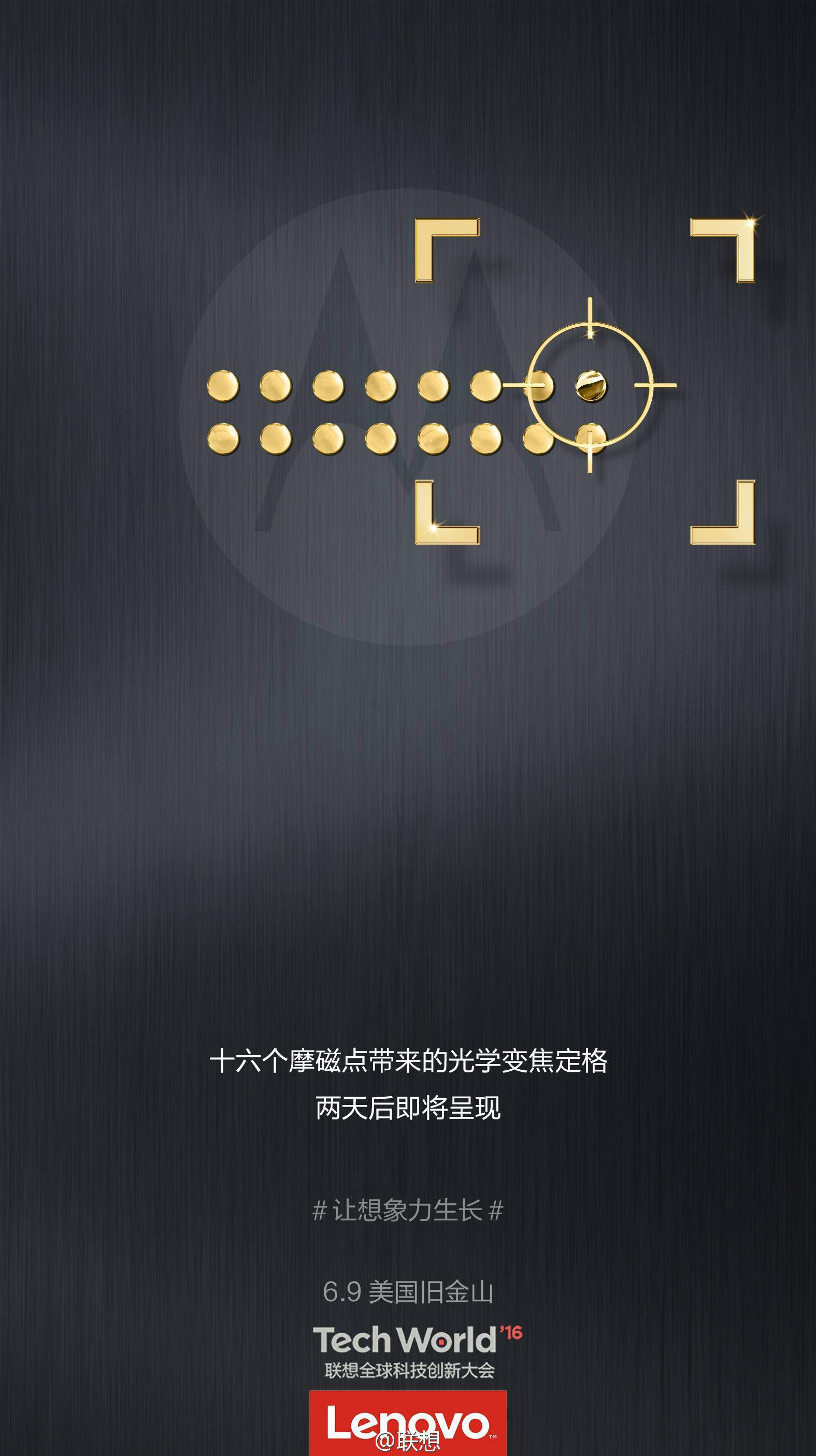