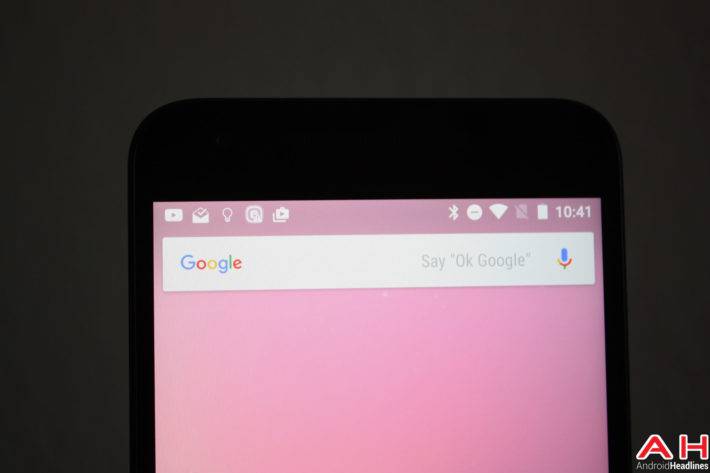 Google Search is a fountain of knowledge and while this stockpile of information is the company's biggest money maker, it is also one of the most useful services for consumers. These aspects combined means that Google is keen to ensure that all Search information is as widely available as it can possibly be. Which while benefiting Google, does also mean that consumers gain access to the information in new and more streamlined ways.

Google Now is a prime example and the Search widget that many Android smartphone owners will have installed on their devices is another example of the streamlining of Search information. Speaking of which, early indications suggest that a new feature could be about to make its way to the Search widget and maybe, Google Now as well. The new feature being noted is a 'nearby' tab which has been spotted popping up when the Search widget is opened. For reference, normally when this widget is clicked on, the widget shows a history of the previous search terms that have been made. In the new design, there is still a dedicated 'History' but this is also accompanied with a 'Nearby' tab. One which when clicked highlights nearby restaurants, gas stations, ATMs and so on. Presumably, a quick and easy way for Android device owners to check what is near their current location.

As mentioned, this does seem to be in the very early stages of development and as a result, whether it is live on your Android device is a highly individual affair. You can simply check by activating the Google Search widget and seeing if the Nearby tab shows up. If clicking on the Search widget simply lists previous searches, then like the majority, you are not yet seeing the new feature. Due to what seems to be very limited access to the feature, it is unclear as to whether this will be a rolled out in the near term, long term or even, at all. Although, it does at the very least seem to be a feature that Google is playing around with. You can check out an example of what to expect and how the new layout looks in the image below. 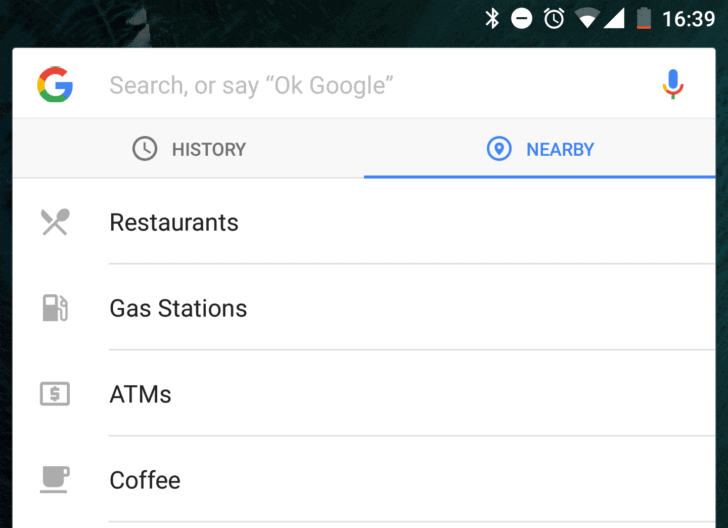