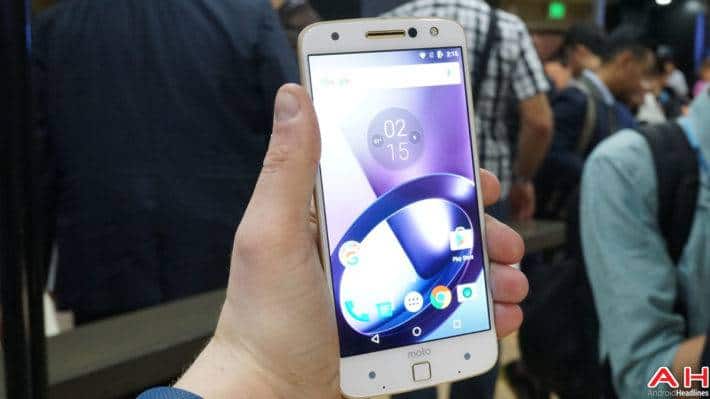 Last week, at Lenovo Tech World, the company launched a slew of new devices. The more interesting devices that were launched were the Moto Z and Moto Z Force. Lenovo did state that both devices would launch exclusively on Verizon "this summer", but the Moto Z would be available from Motorola.com in September, while the Moto Z Force remains exclusive to Verizon. Lenovo's global mobile business head, Aymar de Lencquesaing, stated in an interview that the Moto Z will be coming to India, around September or October. About the same time frame as it launching in the US.

The Moto Z is launching "this summer" on Verizon and then will be available unlocked in September. Those in India that are looking to pick up the device before then, will need to import one from the US. Which is going to be a bit tricky since it will only be available on Verizon before then. Moto Mods are also coming to India with the Moto Z. Lencquesaing noted that the prices will range from $50 to $200 USD in India. However, keep in mind that the most successful smartphones in India cost around $200 themselves (including the Moto G line from Lenovo). That's going to make it tough for Lenovo to sell these Moto Mods over there.

Other Lenovo news for India included the PHAB2 Pro, which is the first and currently only, Tango smartphone. It will be available here in the US this summer for $499. Lencquesaing did say that the PHAB2 Pro is coming to India, but didn't give any other indication on pricing or availability for the device. Lenovo is currently manufacturing around 6 million smartphones in India each year, under the "Make in India" program. This program is designed to bring more manufacturers into India, which provides more jobs for that country. The total revenue for Lenovo in India was Rs. 67.35 billion (around $1 billion USD) last quarter, alone.

The Moto G4 family has already launched in India and has done quite well (similar to the older generations of the Moto G smartphone). The higher-end Moto X, hasn't been hugely popular in India, but that could change with the Moto Z.