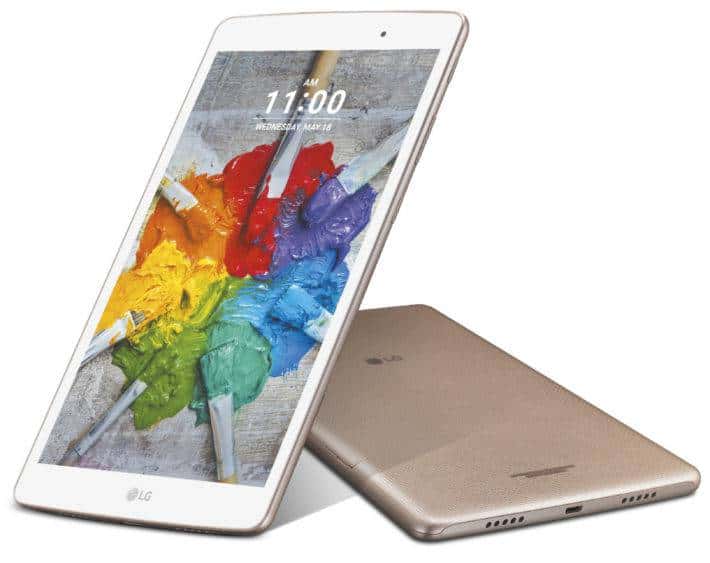 Back in the beginning of April it was rumored that T-Mobile may end up launching the LG G Pad X 8.0 tablet in the near future, suggesting a potential May launch for the device on the third-largest wireless carrier in the U.S. While May has now come and gone and there was no LG G Pad X 8.0 in sight, T-Mobile wasn't too far behind with the device release as they have now officially launched the tablet on their network for customers. The LG G Pad X 8.0 is available from today and can currently be picked up online through their website, and it should also be available at some retail locations.

The LG G Pad X 8.0 comes equipped with an 8-inch screen with Full HD resolution of 1920 x 1200, and it's running on Android 6.0.1 Marshmallow out of the box. It's powered by a Qualcomm Snapdragon octa-core processor clocked at 1.5GHz, and it comes with 2GB of RAM and 16GB of onboard storage that's expandable to 128GB via the microSD card. It has a 5MP camera on both the front and the back, and the battery will keep it going for 20 days on standby according to the specs listing, which should be plenty for most users, although they don't actually mention the size of the battery, however, it is removable which is a plus and seems to be standard for most of LG's mobile devices. It also supports GPS and Bluetooth 4.2.

For T-Mobile customers that are interested in picking up the LG G Pad X 8.0 they can buy it outright for $239.99, or it can be set up on T-Mobile's payment plan where the tablet is broken up in payments over the monthly phone bill, with the cost starting at $0 upfront for well-qualified buyers and a $10 a month payment. The tablet only seems to come in one color, which is white on the front and gold on the back, and it weighs about 10.9 ounces making it portable and light enough to carry around without too much of an issue. It still uses a micro USB port for charging and data transfer, and in the box customers will end up finding the battery, the charger, USB cable, and the user guide along with the tablet itself.