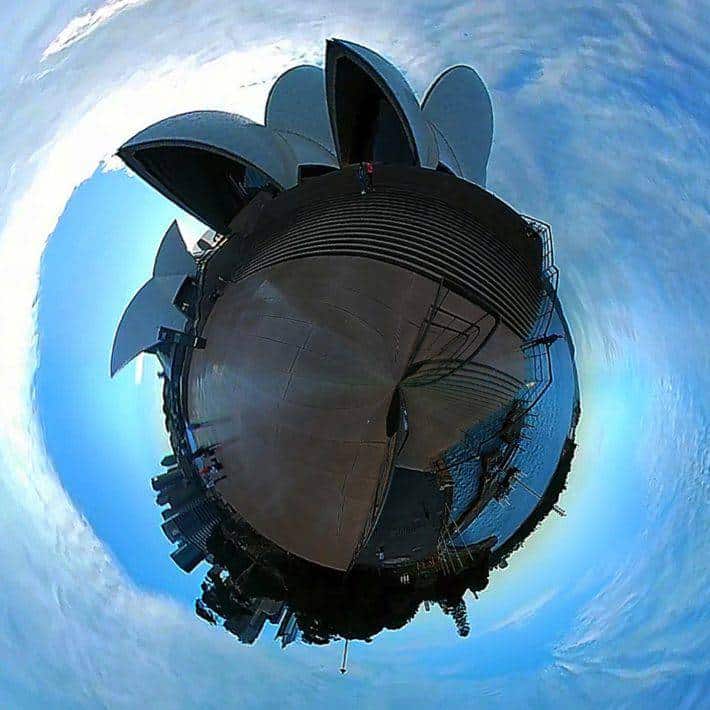 Big companies around the world are often considered as having a responsibility to the world around them, and that's perhaps no more true than technologically companies. eWaster is one of the bigger problems facing the environment today and while it's a lot easier to sell and recycle devices nowadays, it's very difficult to guarantee that smartphones, tablets, laptops and computers don't simply end up in landfill somewhere. To that end, LG is using their new 360 CAM to raise awareness for this year's World Environment Day, held on Sunday June 5th. The South Korean giant has put together a short, two-minute long video to show off key landmarks all over the world to highlight the problems facing the world right now.

All the clips have been taken using the LG 360 CAM by LG employees, and the video is available on YouTube, for people to watch using Cardboard as well as view in their browsers and on their smartphones without a VR headset if they want to. The video takes viewers to the Eiffel Tower in Paris, France, the Red Square in Moscow, Russia, the Great Wall of China, the United States' Statue of Liberty the Sydney Opera House in Australia as well the Seoul Changdeok Palace in LG's home of South Korea. While this contribution feels like more of a promotion for the 360 CAM itself from LG, it does also go to show just what and how virtual reality and 360-degree video can be used for good. The 360 CAM could be considered LG's competing product to Samsung's Gear 360, both of them cameras that can record in 360-degrees and both devices that easily fit in your pocket.

For those unfamiliar with World Environment Day, it's a day that the United Nations has been promoting since 2010 and is designed to help raise awareness for the issues facing the World in today's society. While there's a lot that the everyday joe can do to help kerb damage to the environment, it remains the responsibility of governments the world over to enact real change. At the very least, this contribution from LG will help inspire a new generation with a new technology to do what they can to further highlight issues around the world that are damaging the environment.