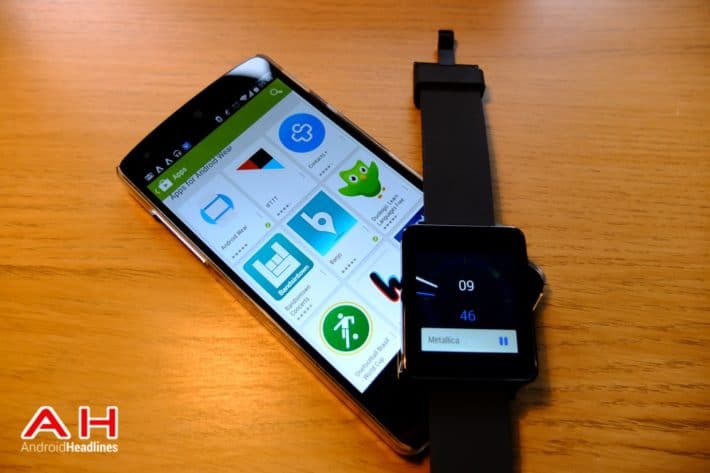 With Motorola's recent announcement that their very first Android Wear timepiece would not be getting an update to Android Wear 2.0, it should surprise absolutely nobody to hear that LG is taking a similar stance. The original LG G Watch will go down in history as one of the first smartwatches (along with the Samsung Gear Live) on the platform. While it may have what it takes to run Windows 7, albeit incredibly slowly, Android Wear 2.0 is out of the question for the old-timey time-teller. In terms of phones, 2014 may not be terribly old, but when it comes to smartwatches, that year saw the launch of Android Wear and most devices born then are positively ancient by hardware standards.

The LG G Watch sports a square 280 x 280 screen, under which beats a Qualcomm Snapdragon 400 processor, a fairly common component in first-generation Android Wear pieces that also graced the ZTE ZMAX and the original Moto G. Another spec that was common among the first-generation devices, and is indeed shared with the aforementioned Moto 360, is 512MB of RAM, an amount that, in the land of smartphones, was relegated to devices from 2010, for the most part. The device has 4GB of storage to its name, with no way to expand that amount, and runs on a 400mAh battery. The device sports no cellular or Wi-Fi connectivity, relying solely on the phone it's paired to for connectivity. Obviously, this spec and feature list leaves the smartwatch out in the cold on many of Android Wear 2.0's headlining features, such as RAM-hogging standalone apps.

The old dog of a watch is thus stuck running an older Android Wear version based on Android 5.1.1 Lollipop, rather than seeing Android Wear 2.0 based on Android N. While it was essentially a testing ground for the platform, the original LG G Watch is, in many ways, still a serviceable smartwatch. This watch and others in the same generation are being discontinued by their manufacturers in waves, making it unlikely that any Android Wear device with similar specs or a debut date before 2015 will see the newest version of the Android Wear software.