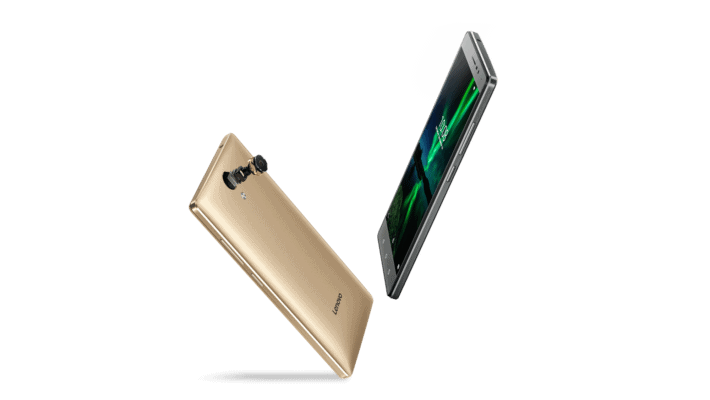 The Lenovo PHAB2 is the last in the pecking order when it comes to specs of the new 'PHAB2' devices. Despite being inferior to the PHAB2 Plus and PRO, the PHAB2 features really solid specs. This phablet sports a 6.4-inch 720p (1280 x 720) IPS display, along with 3GB of RAM and 32GB of internal storage (expandable up to 128GB via a microSD card). The Lenovo PHAB2 is fueled by MediaTek's MT8735 quad-core processor, and ARM's Mali-T720 MP2 GPU. The 13-megapixel camera (PDAF Fast-Focus included) is placed on the back of the PHAB2, while you'll find a 5-megapixel snapper (85-degree wide-angle lens) up front. The 4,050mAh battery is also a part of this package, and Lenovo says it can last up to 14 days on standby, and 32 hours of talk time. This is a hybrid Dual SIM device, which means you can either use two SIM cards (2 x micro SIM), or use a SIM card and an SD card. 4G LTE connectivity is also included, and supports a wide range of bands, support will depend on which variant of the phone you get (which region). Lenovo has included a triple array microphone here with active noise-cancellation, while Dolby Audio and Dolby Audio Capture 5.1 are also a part of the package. This device comes with Android 6.0 Marshmallow out of the box, it measures 175 x 89.5 x 5.5-9.6mm, and weighs 225 grams.

The Lenovo PHAB2 Plus, on the other hand, also comes with a 6.4-inch IPS display, but unlike the PHAB2, its display features fullHD (1920 x 1080) resolution and a 2.5D curved glass in placed on top of it. The PHAB2 Plus is made out of metal (aluminum), and packs in 3GB of RAM and 32GB of native storage (expandable up to 128GB via a microSD card). MediaTek's MT8783 octa-core processor fuels this phone, and ARM's Mali-T720 MP3 GPU is in charge of graphics processing. Two 13-megapixel shooters (f/2.0 aperture, 1.34um pixel size, Laser Autofocus, PDAF) are placed on the back of this phone, and an 8-megapixel shooter (f/2.2 aperture, 1.4um pixel size) can be found on its front side. The 4,050mAh battery is also included here, as in the PHAB2, and Lenovo claims it can last up to 17 days on standby, and 23 hours of talk time. Android 6.0 Marshmallow comes out of the box here, and this phone also comes with two SIM cards, though you get 1 micro SIM and 1 nano SIM slot here. You can use one of the two slots to insert an SD card, as it's the case on the PHAB2. This phablet, much like its smaller sibling, comes with 4G LTE and supports the vast majority of bands, but band support will depend on where you purchase the device. This device features the same audio capabilities as the PHAB2, in case you were wondering. The PHAB2 Plus measures 173.89 x 88.3 x 5.5-9.6mm, while it weighs 218 grams.

It is also worth mentioning that the two devices will be available in Champagne Gold and Gunmetal Gray color variants, and that they will be available starting this September for $199 and $299, respectively. Lenovo will release more availability details later on.