Skip to content
Advertisement
Trusted By Millions
Independent, Expert Android News You Can Trust, Since 2010
Publishing More Android Than Anyone Else
24
Today
24
This Week
24
This Month
4648
This Year
114675
All Time
Advertisement Lenovo finally took the wraps off of the Moto Z and Moto Z Force at Lenovo Tech World this week. Of all the leaks and rumors that surfaced, just about every single one of them were correct. However, we were wrong about the names. Instead of Moto Z Style and Moto Z Play, we’re looking at Moto Z and Moto Z Force (also the Moto Z Force camera was wrong, it’s a 21-megapixel shooter not a 16-megapixel shooter). Now that we know everything about these two devices, how good are these two offerings from Lenovo? Are they good enough to gain the Chinese manufacturer a larger market share in the mobile industry? Well let’s break down the good, the bad and the ugly part of these two smartphones. 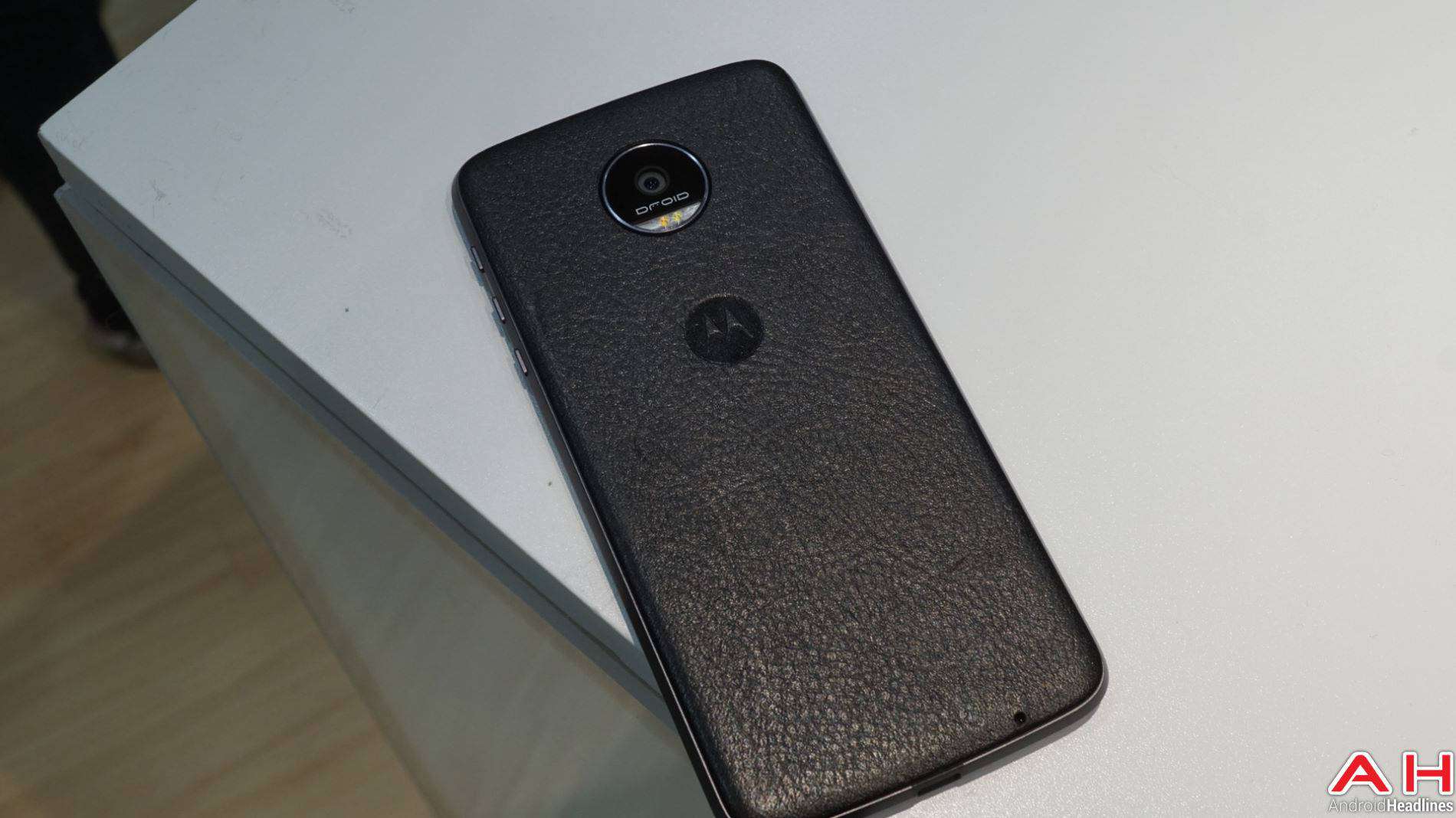 The first thing that strikes me about the Moto Z is the fact that it will be sold unlocked and will work on all four US carriers, seamlessly. What this means is that you can buy it from Motorola’s website and use it on Verizon, or you can pop in a Sprint SIM card and use it without having to change any settings. Same thing if you want to pop in an AT&T or T-Mobile SIM card. It’s a great feature that more smartphone makers need to include in their smartphones. Simply because this means that we won’t have a AT&T, Sprint, and T-Mobile model. But we will still have a dedicated Verizon model, as it will be in the DROID family.

While it’s great to be able to have one phone that works on all four US carriers, that’s not going to affect every person that might buy the Moto Z. But the shatterproof display on the Moto Z Force will. Lenovo brought back the ShatterShield technology that they debuted in the Motorola Droid Turbo 2 last year (outside of the US, it was known as the Moto X Force). The ShatterShield display was a legit shatterproof display, as we’ve seen tests of it being dropped from a drone thousands of feet in the air, and it didn’t shatter. Why is this important? Well how many times have you dropped your phone and had the display shatter? Did you keep using it? Probably. Which means you likely ended up either getting cuts on your fingers and/or face from continuing to use the phone. That’s not an issue with the new Moto X Force. Talk about a feature that needs to become standard in every flagship smartphone (and yes, the Samsung Galaxy S7 Active also has a shatterproof display). 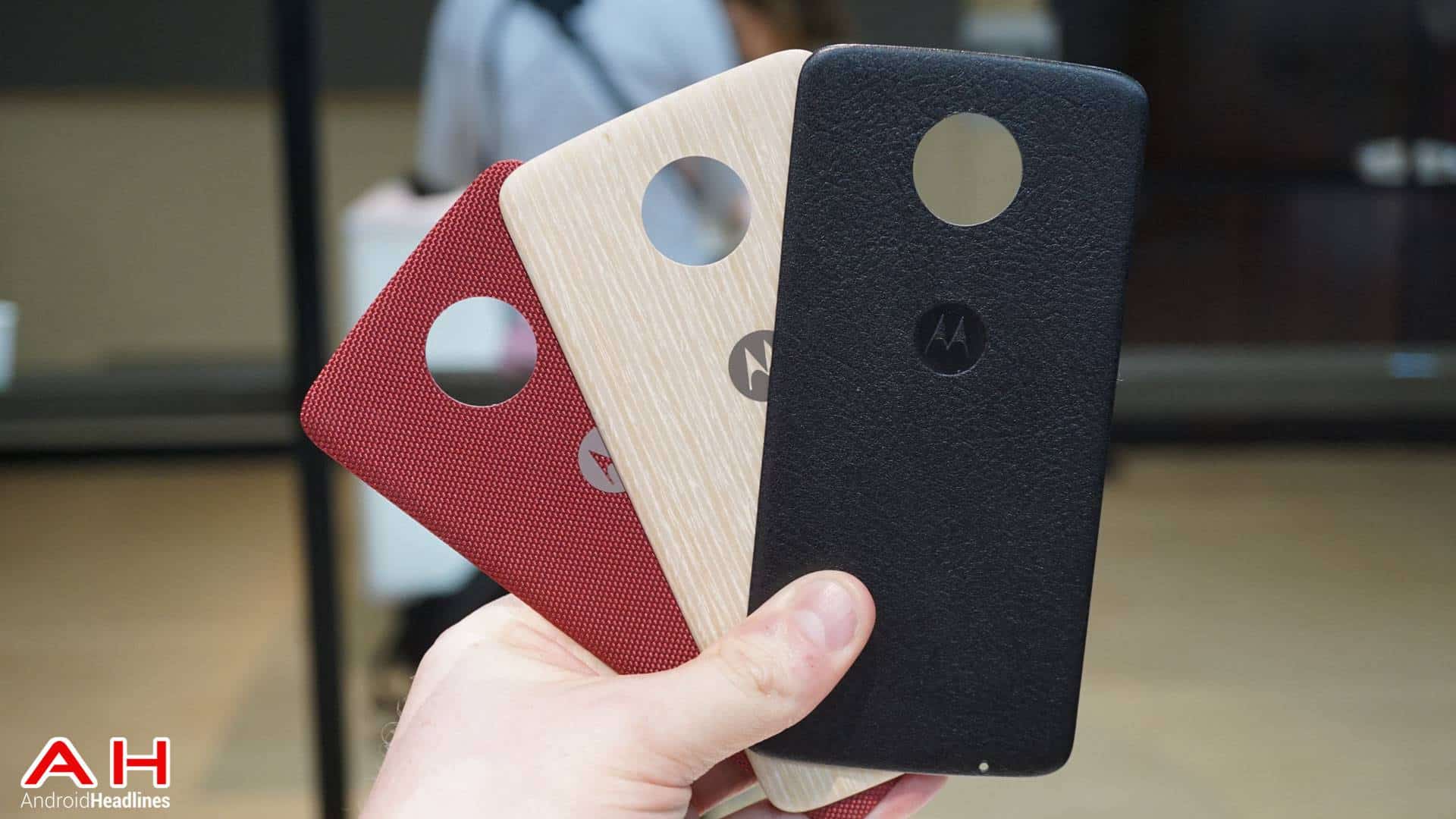 Moto Mods is arguably the biggest feature of the Moto Z, and we’re definitely a fan. We got the chance to check out a few different demos of how these Moto Mods work with the Moto Z, and it’s quite impressive. Compared to the LG G5 where you need to actually pop out the battery to switch to another mod, Lenovo and the Motorola team were able to create a system that uses magnets to attach them to the smartphone. This means that if you want to add on your battery pack, you can. And you can do it by just attaching it. It’s amazing how simple it is. Lenovo has also knocked the ball out of the park here because they have a ton of mods available. Even some from third-parties. Our favorite is the JBL SoundBoost, but there’s also an Incipio battery pack, as well as the Style Mods which look equally great on the back of the Moto Z and Moto Z Force. 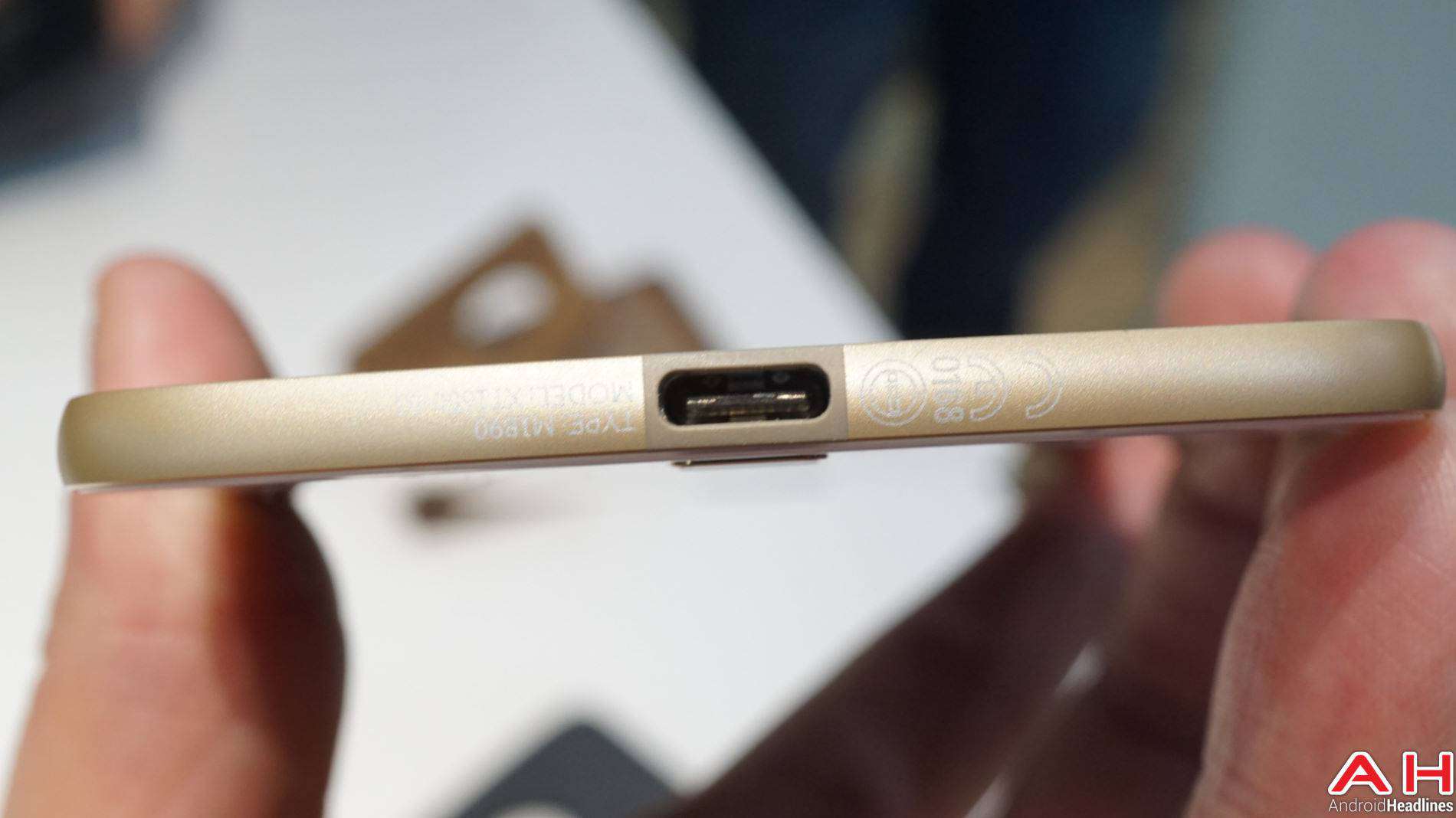 The Moto Z is just too thin. It officially measures 5.19mm in thinness (now we know why they were teasing the Motorola RAZR leading up to Lenovo Tech World). It’s not the thinnest smartphone, as Vivo and OPPO still have them beat in that department, but there’s no reason to have a phone this thin. Now Moto’s reps did tell us that their customers want a thin smartphone, and that’s why the Moto Z is so thin. However, I’m willing to bet that if you asked customers if they wanted a thin smartphone or one that was just a few millimeters thicker with a much larger battery, they would go the larger battery route. However, from Moto’s perspective, this gives users a reason to buy these battery mods that are being sold for the device. So it makes sense, ever so slightly.

Why isn’t ShatterShield on the Moto Z? That’s a feature that needs to be on both phones. I understand it does help draw the line between the two smartphones, especially since they will likely be at different price points. But it shouldn’t be exclusive to one model. While Moto’s reps won’t say this publicly, the reason that ShatterShield is likely on the Moto X Force – which is a Verizon exclusive – is probably due to money and their contract with Verizon. In other words, a lot of “behind the scenes” reasons went into this decision, more than likely. 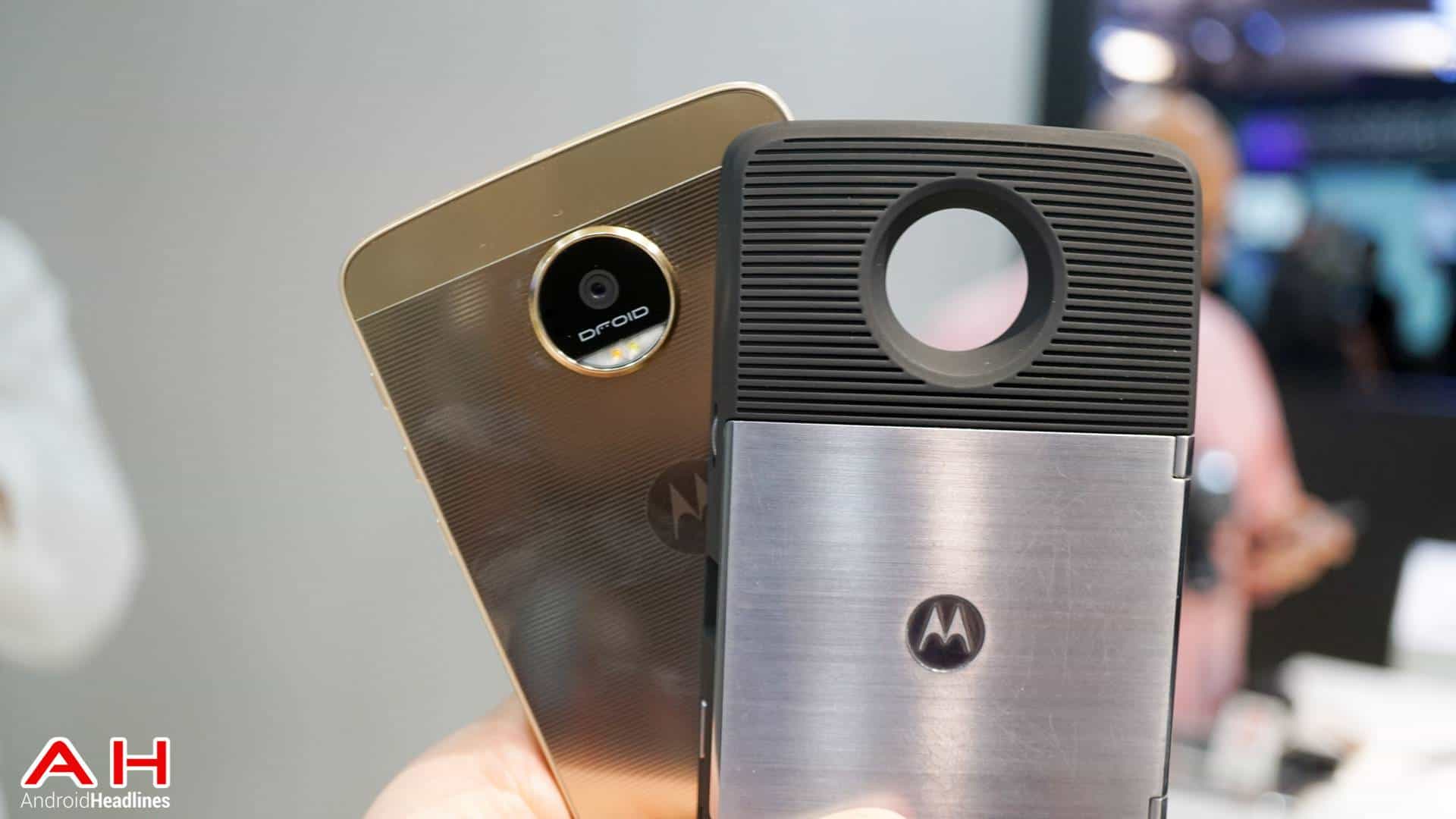 Moto Mods are a pretty interesting concept, and something we’ll likely see in the near future. But the real question here is, how many of these Moto Mods are actually going to be sold? It’s likely that they won’t be cheap, and for many smartphone buyers, they just want a phone that works and lasts all day. They don’t want to have to buy a battery pack that snaps onto the back of the device, or a set of speakers, or any of these other Moto Mods that are going to be on sale. This will likely change in the future, however, but right now it’s going to be tough for Moto to sell their customers – that aren’t the hardcore techies – on Moto Mods and why they should buy them. 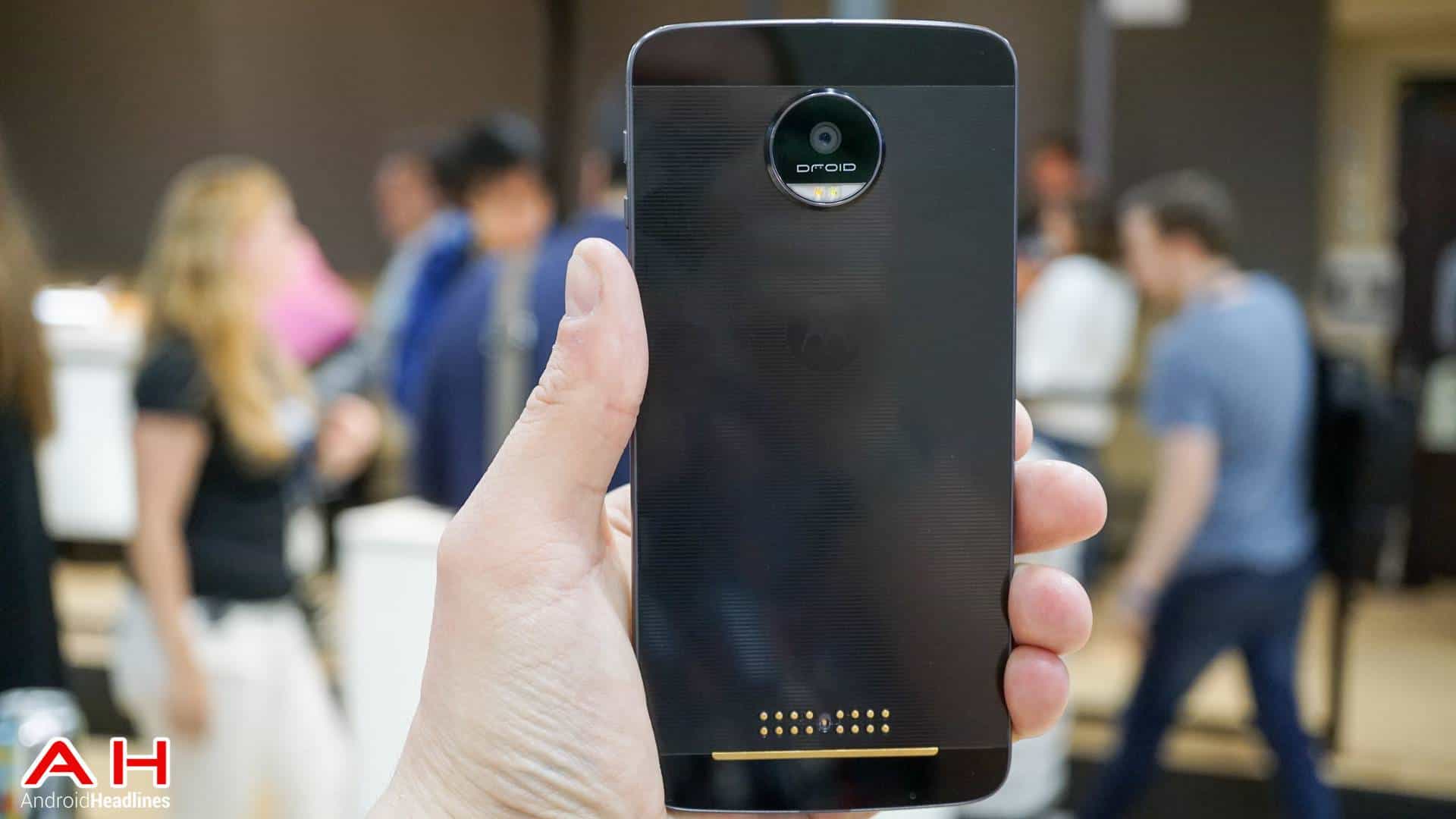 The Moto Z and Moto Z Force do look nicer than the leaks showed us before the announcement. However, without any of the Moto Mods on the back, it does look a bit ugly. Possibly due to how thin the Moto Z is, as well as having that protruding camera, but it does look a bit odd. Of course, when you slap on one of the Style Mods, the Moto Z and Moto Z Force both look pretty amazing. My favorite is the red ballistic nylon, it really makes the device pop, especially the black one.

There’s also the pins on the back of the Moto Z and Moto Z Force. While these are used for Moto Mods, they look a bit out of place when you’re not using any of them. Not to mention the fact that they aren’t flush with the back of the device. So you can definitely feel them when you are holding the device in your hand. This may not be a bad thing for everyone, but it’s definitely not something that all of us are a fan of. It’s an interesting way to do modularity, and I think Moto is on the right track here, but there’s still work that needs to be done. 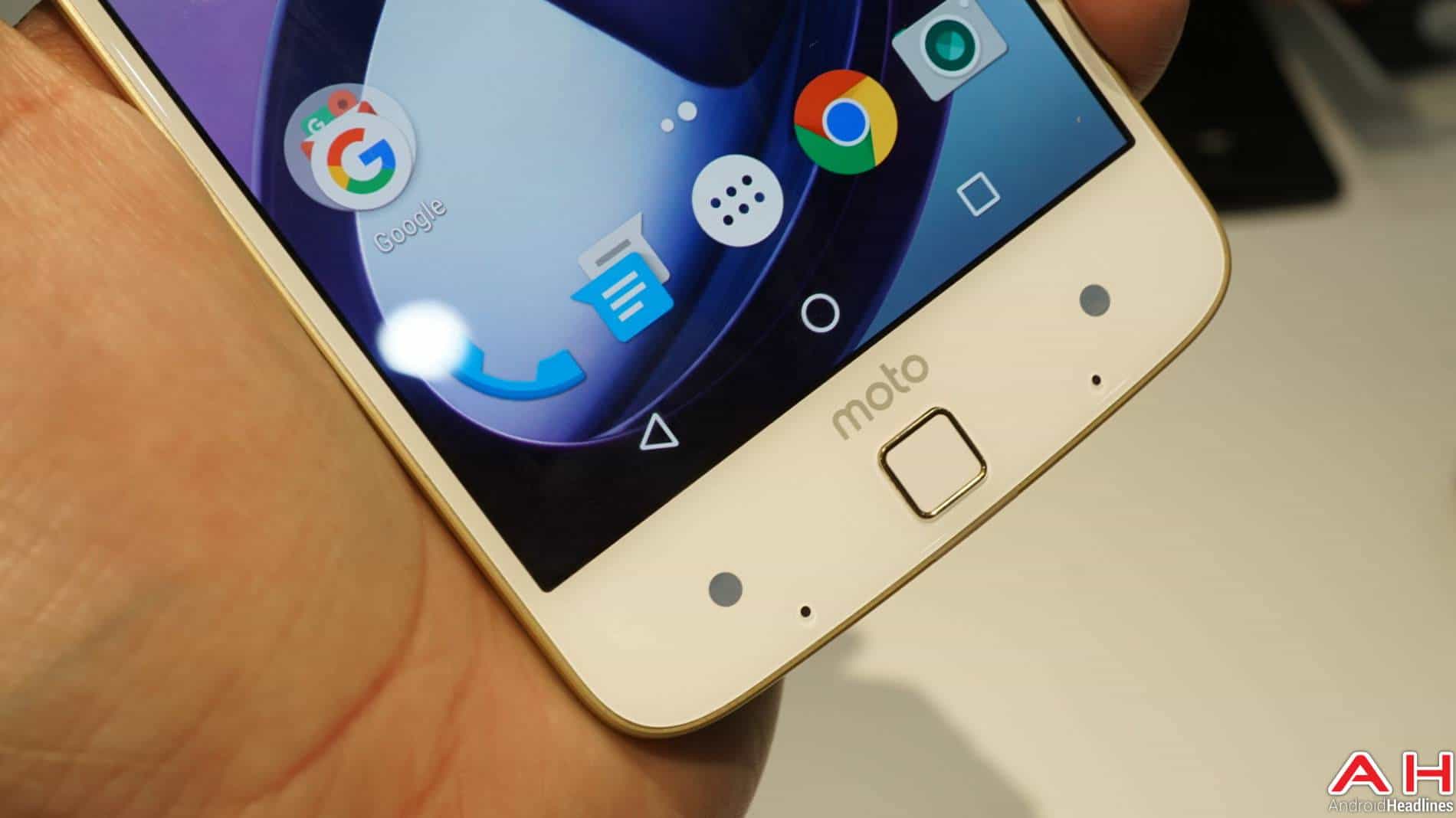 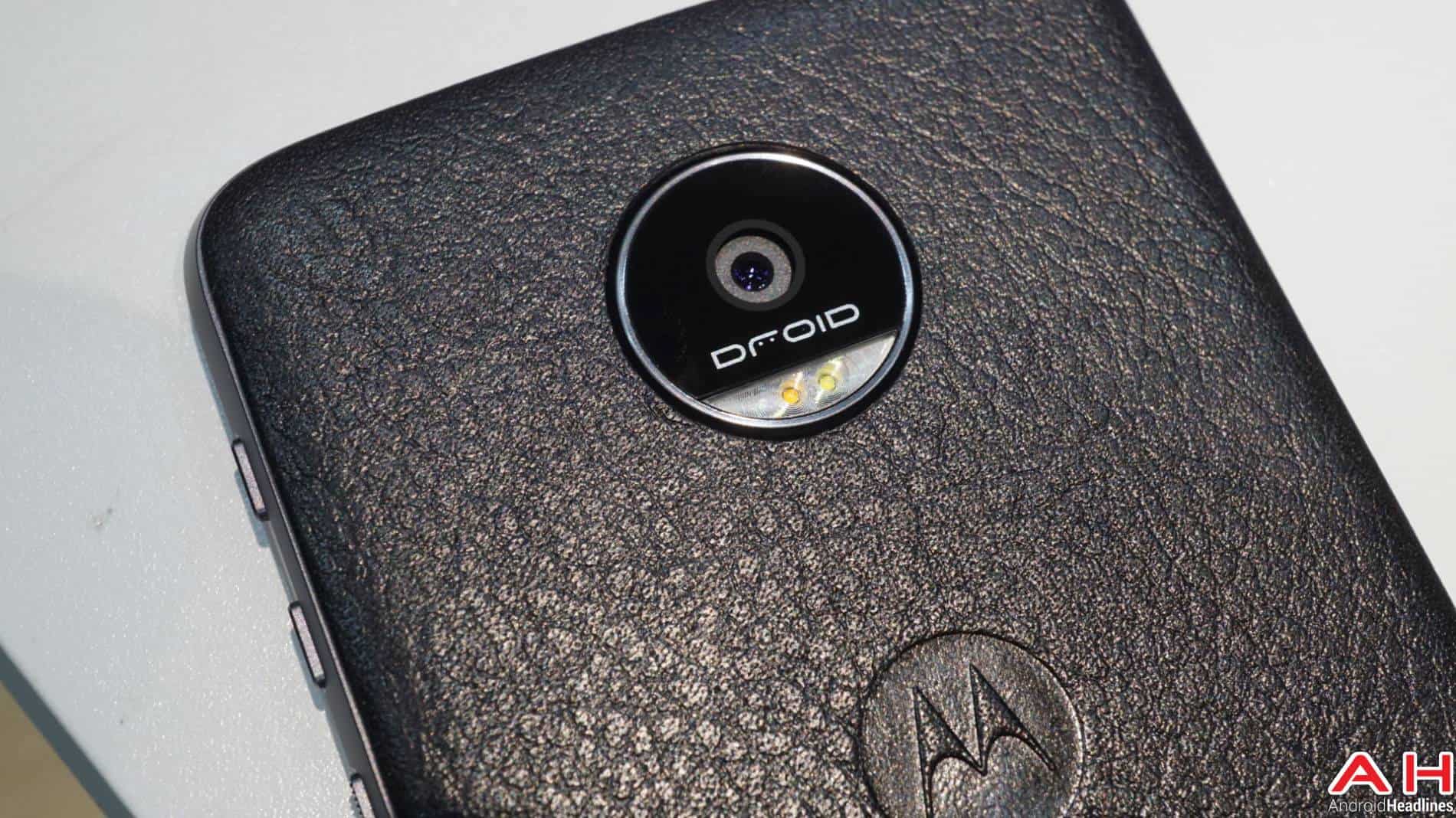 Another big drawback is exclusivity. I’m likely not the only one that thinks this, but giving exclusivity of your flagship smartphone to one carrier in the US, is not a good idea. At least Lenovo is making it exclusive to Verizon, which is the largest wireless carrier in the country. The Moto Z is exclusive to Verizon for the summer, and will be available elsewhere in September. However the Moto Z Force is Verizon exclusive and exclusive to the US. Now that is perhaps the worst part of the Moto Z announcement. The phone that many would call the “true” flagship is only going to be available on one carrier in one country. Not a good idea Lenovo.