There’s been many leaks regarding the Galaxy Note 7 already, and there isn’t even a confirmed date for the debut of the new device. Although that may have just changed. According to the image you see below, it looks like the Galaxy Note 7 will debut on August 2nd. That’s just under two weeks earlier than last year’s Unpacked, which happened on August 13th. It also looks like the event will be taking place at the same venue as the Galaxy Note 5 announcement. Which was the Alice Tully Hall in Lincoln Center. This was a massive hall for Samsung, and it makes sense that they would use it again, considering just how massive Samsung’s Unpacked events have become over the years. It also looks like Samsung will be live-streaming the event on YouTube, again not a big surprise as they have done this quite a bit lately with recent Unpacked announcements.

Keep in mind that this is a leak, and it’s tough to say whether this is legit or not. If the event is taking place on August 2nd, invites should be going out in a few weeks time. That is when we’ll know for sure that this is the date of #TheNextGalaxy. The invite doesn’t appear to confirm that the Galaxy Note 7 is what is on its way, but the design does show a “7”. As subtle as it is, that is likely all of the confirmation that will surface before the official announcement.

The Galaxy Note 7 has been a popular topic lately. Rumors have stated that there will be just one device this time around. Although we’ve seen some stating it’ll be a curved display model and some stating it’ll be a flat display. However the size of the display appears to be sitting at 5.8-inches, a slight bump over the Galaxy Note 3, Galaxy Note 4, and Galaxy Note 5. The rumor mill has also stated that the Galaxy Note 7 will sport the new Qualcomm Snapdragon 823 processor, or the equivalent Exynos chipset in other markets. As well as sporting an iris scanner, USB Type-C port, water-resistant body, and a 4000mAh battery to power this smartphone. Like this leaked invite for Unpacked, take all of these specs with a grain of salt as well. 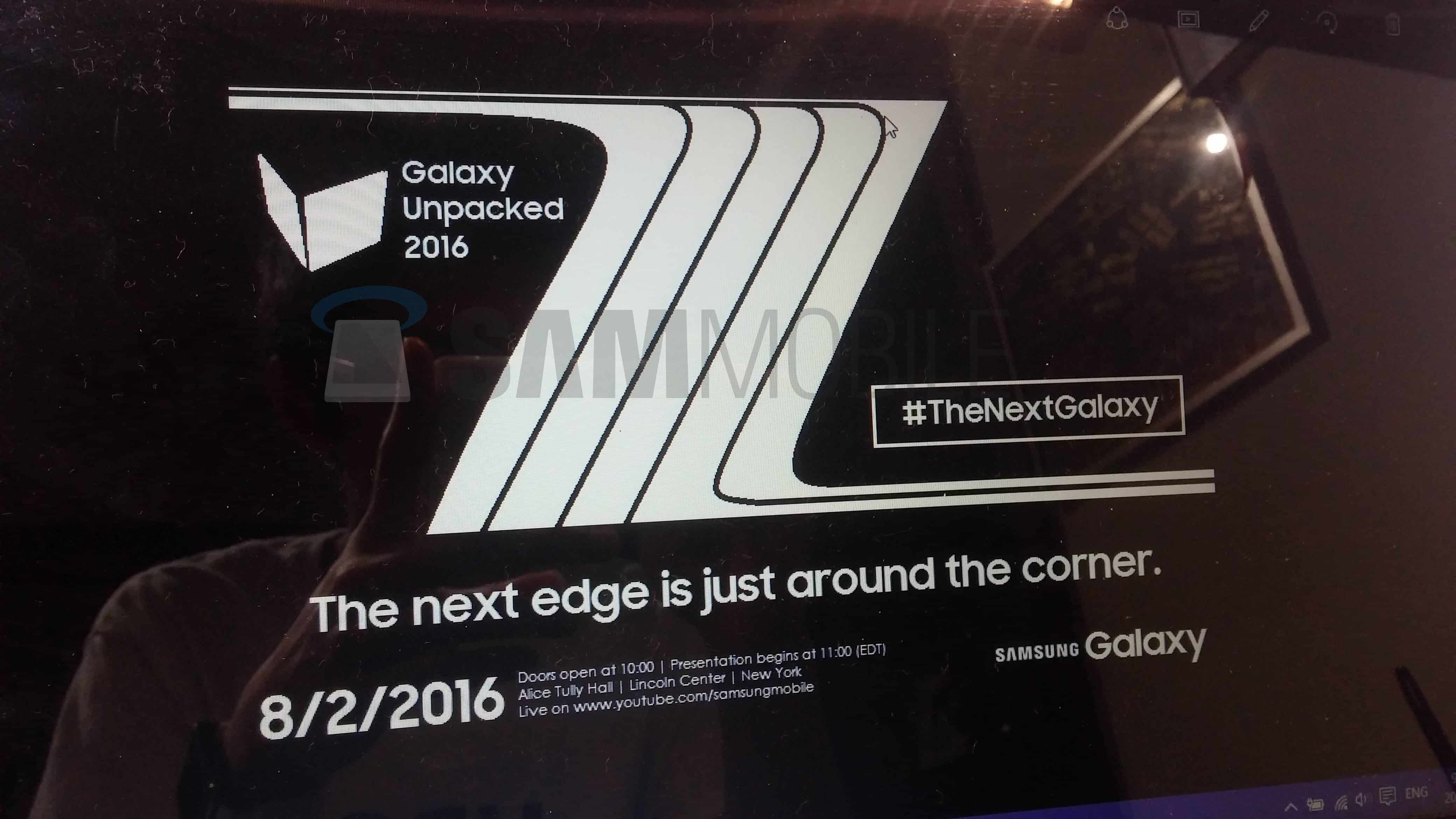