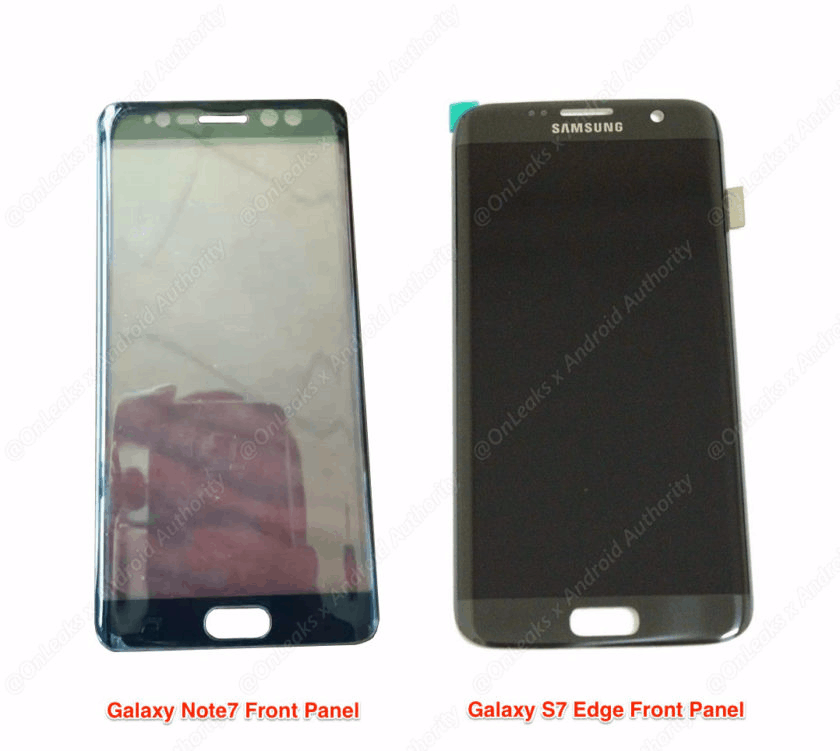 The same thing happens practically every year where Samsung is concerned, and 2016 does not look like an exception. Each year we see Samsung launch their Galaxy S flagship line in the first half of the year followed by the larger, more powerful Galaxy Note line in the second half of the year. After a rough release for last year's Galaxy Note 5, it seems the Galaxy Note 7 (which is all but confirmed to be skipping the number 6 this year) is set to be a considerable upgrade over last year's device. Leaks and rumors have been swirling for a while now, and this latest leak gives us a look at what could be the front panel of the upcoming Galaxy Note.

Front panels are often some of the first parts of any device to leak out, as they appear in repair shops as well as roll off the production line for measurements and so on. In a collaboration with @OnLeaks, Android Authority have managed to get their hands on what appears to be the front panel of the Galaxy Note 7, complete with what looks like space for the rumored Iris Scanner. The above side-by-side with the Galaxy S7 Edge gives us a quick and easy comparison to see that there are a couple more cutouts on the Galaxy Note 7 front panel. These cutouts are of course for the camera, ambient light sensor and motion detector – which cuts out the display when covered by your face – but on the Galaxy Note 7's front panel there are two more, larger cutouts. Whether or not one or more of these will be for an Iris Scanner or perhaps a second camera is unclear, but they're certainly there for something.

So far, the Galaxy Note 7 is rumored to ship with a 5.8-inch Quad HD display with a dual edged display, just like the Galaxy S7 Edge, as well as 6GB of RAM. While the processor choice is still up in the air, the improved Snapdragon 821 has been mentioned a number of times, as has a 3,600 mAh battery as well as a 4,000 mAh battery. Right now it's unclear just what the Galaxy Note 7 will offer users when it launches a little later this year, but after last year's Galaxy Note 5, we're sure they want to offer users more of what they're used to and push the boundaries. 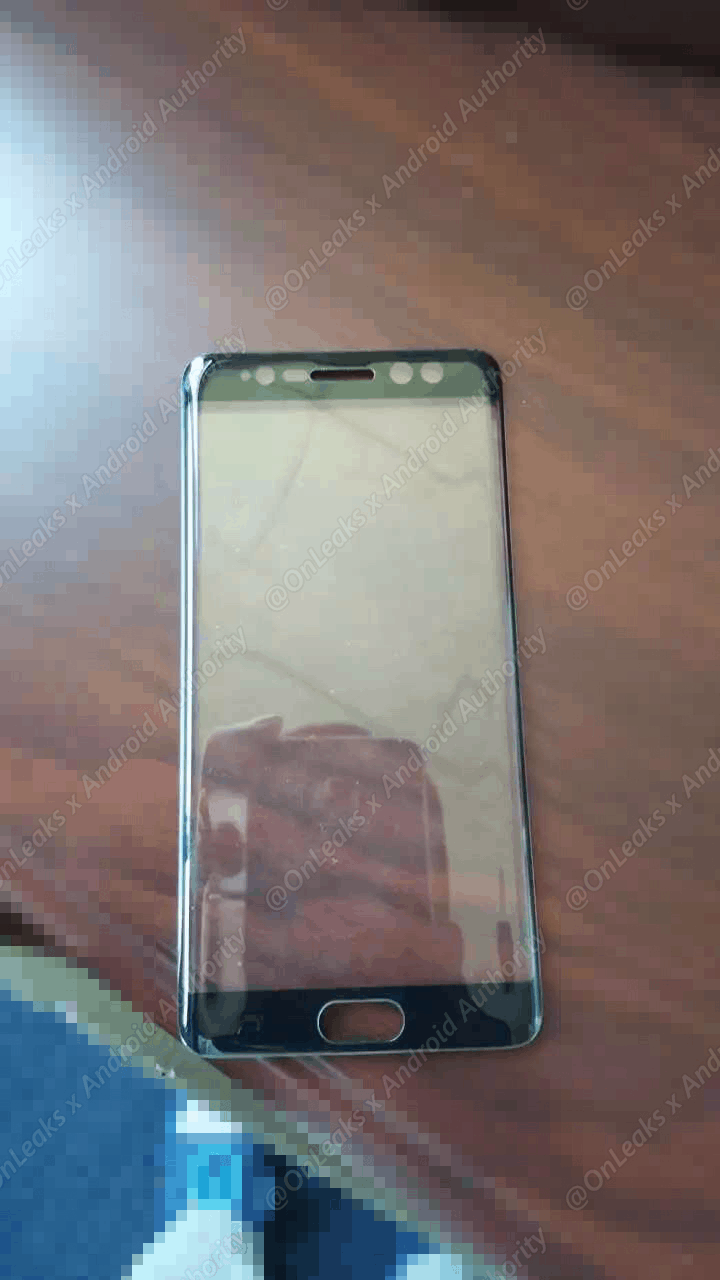