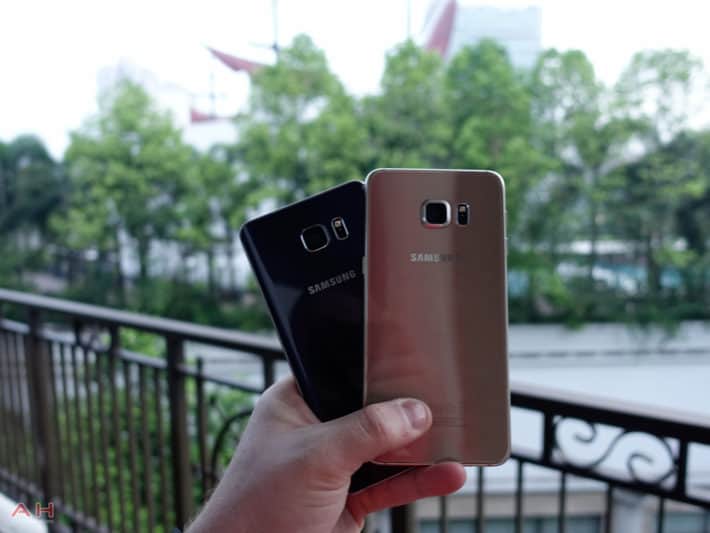 Verizon Wireless has started rolling out the June security update for Samsung’s Galaxy Note 5 and the Galaxy S6 Edge+, both of which were launched late last year by the South Korean consumer electronics giant. According to the information provided by big red, the incoming update will “optimize device performance, resolve known issues and apply the latest security patches” on the two devices. While the new software for the Note 5 comes with software version MMB29K.N920VVZW2BPF2, the Galaxy S6 Edge+ will see a bump to software version MMB29K.G928VVZW2BPF2 after the installation of the latest update. Verizon has not released a detailed changelog for the incoming update, but says that it “gives you the most up to date Android”.

Thankfully for users though, earlier in the month, Samsung had posted a few more details regarding its June security patch. According to that particular announcement, the company’s latest update incorporates all patches up to the June 2016 Google Security Bulletin, alongside nine vulnerabilities and security holes that are patched up by Samsung itself. So all said and done, users of the two smartphones will at least be happy to know that their devices are now secured with the latest security patches available. Users of the Galaxy Note 5 and the Galaxy S6 Edge+ should also know that neither Samsung nor Verizon have said anything about any new features being rolled out as part of the latest update.

It’s heartening to see smartphone vendors taking the issue of security comparatively more seriously these days, what with cyber-security becoming an increasingly important issue among netizens worldwide. Earlier this month, Verizon had actually rolled out the June security update for Samsung’s latest flagship smartphones, the Galaxy S7 and the Galaxy S7 Edge, both of which were unveiled back in February at the Mobile World Congress trade show in the Spanish city of Barcelona. While Samsung hasn’t always been credited with being the fastest off the blocks in rolling out updates to its devices, the company is one of the very few OEMs alongside the likes of Sony, LG and HTC to have officially announced that it will follow Google’s monthly security update schedule.