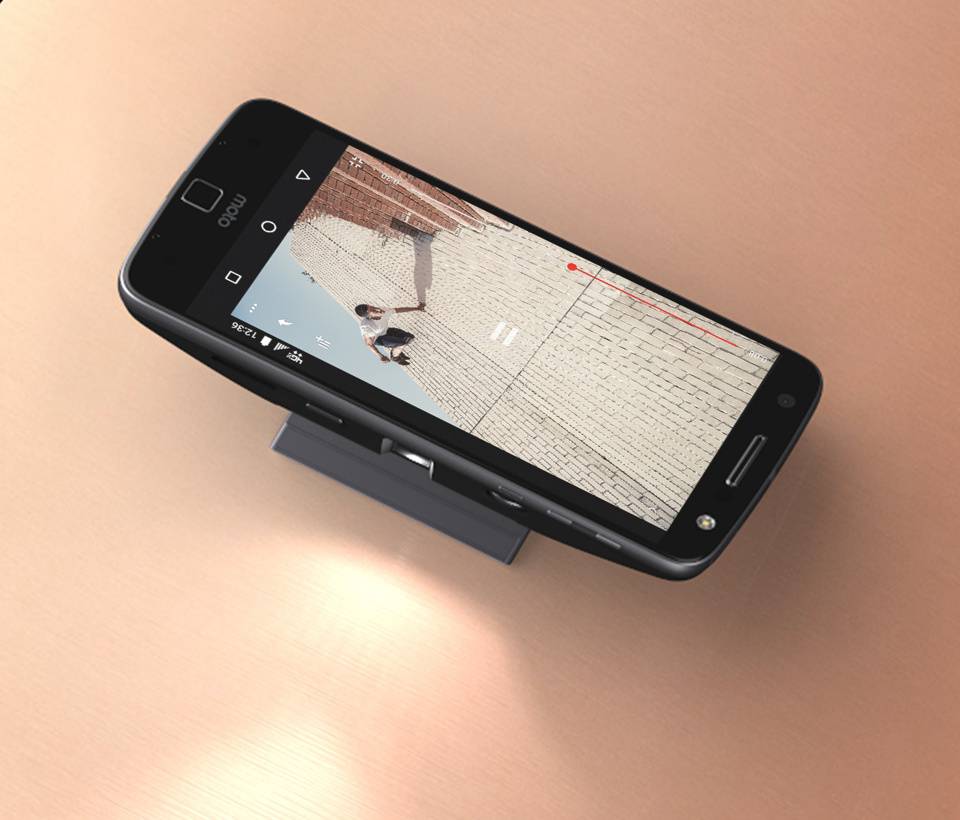 At the Tech World conference on Thursday, Lenovo revealed the Moto Z family, a tablet-phone hybrid of sorts, and a number of other exciting technologies. Among all of these new toys, they also gave attendees a sneak peak at some of the Moto Mods that Moto Z owners will be able to snap onto their devices. Among them is a module that mimics a function from a phone or two that wasn’t a huge commercial success in the past; projecting. Specifically, the module in question is called the Insta-Share Projector, and promises to turn any compatible handset in the Moto Z family into a 70″ projector.

The accessory is a bit on the thick side, but is probably not something anybody but the biggest media buffs will be pocketing and taking with them, at least not while it’s attached to their phone. For those that do choose to do just that, however, they’ll find a bit of a battery boost coming their way; Moto promises an extra hour or so of screen time from the internal battery of the module, which charges alongside the phone when attached, though the pictures provided by Lenovo make it unclear if the accessory sports its own charging port as well. Pricing information, a release date and key quality features like the brightness and resolution of the projector are also left up in the air, but the pictures make it clear that it is adustable, likely allowing just about any flat surface to become a viewing screen. A kickstand is also on board to allow you to beam to the wall, the roof or even the floor, if you’re crafty enough to balance the phone on the edge of a table.

With a lot of pertinent information about the projector still left unspoken, the announcement and the relevant photos that Lenovo saw fit to release serve only as a nice preview, for now. Packing a 70″ screen and a battery pack in your pocket isn’t a bad proposition, but could easily be busted by a low-quality image, brightness that’s impractically low or an unreasonable price. Only time will tell at this point whether the Insta-Share Projector will tick all the right boxes and when we’ll be able to get our hands on it. 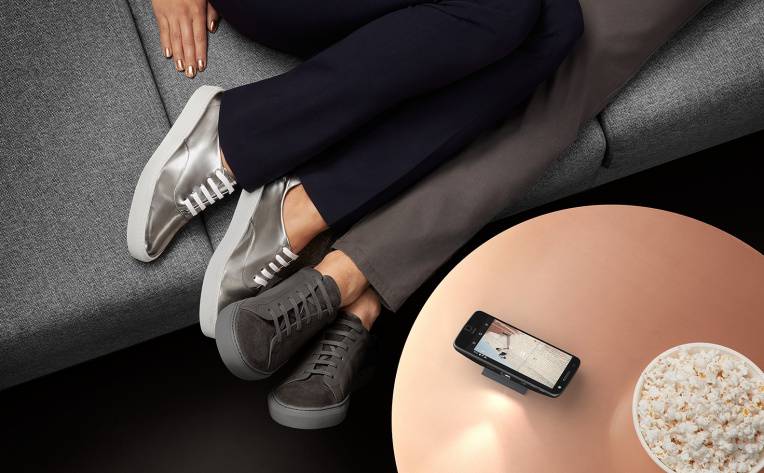 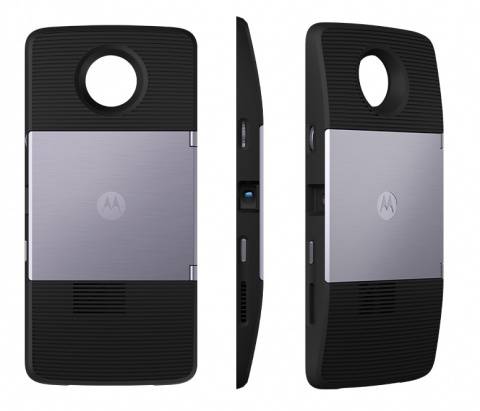 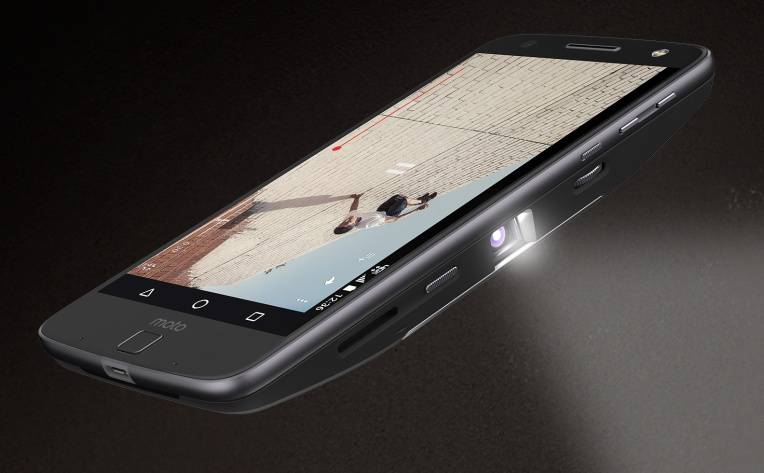