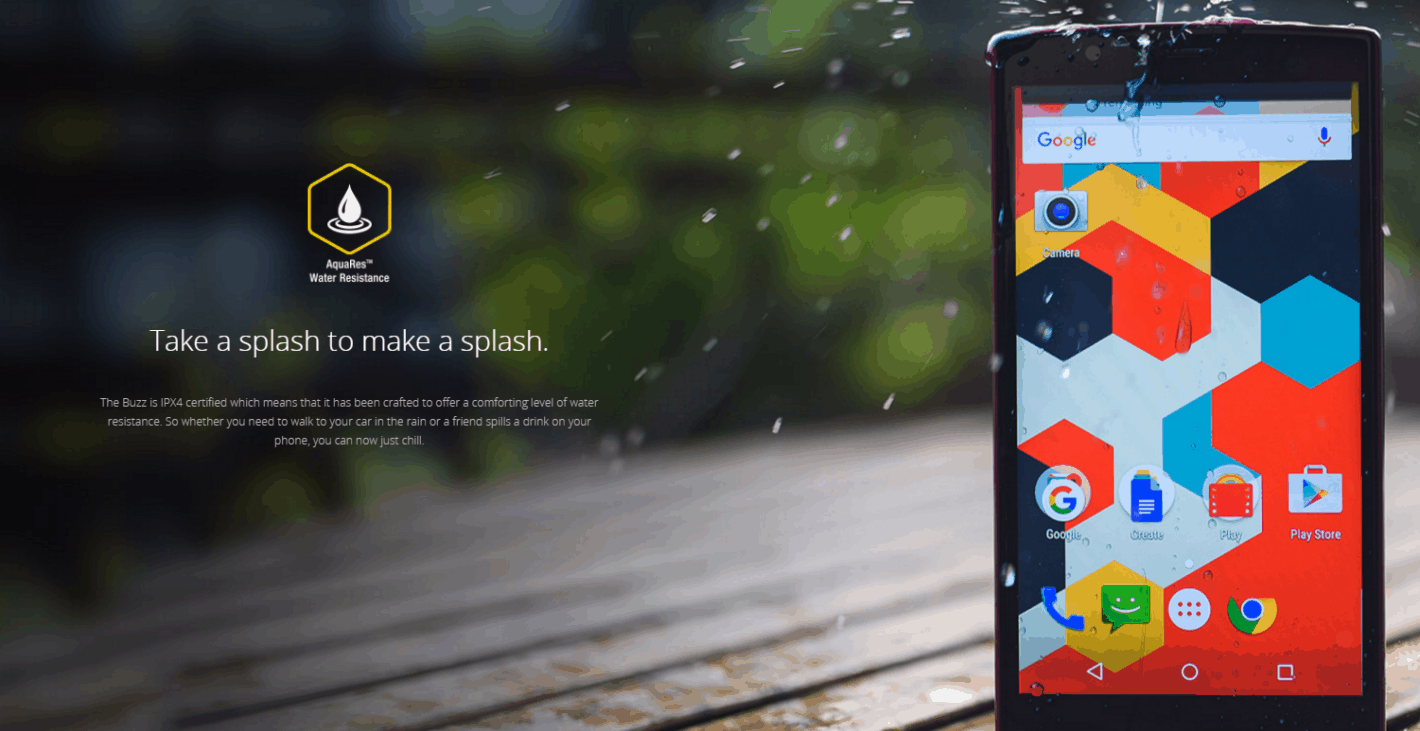 Only a handful of Android manufacturers out there ever really make it to becoming well-known worldwide. Not everybody can be a Samsung, Huawei or HTC, after all. Not making it onto that exclusive list, however, doesn't necessarily mean that an OEM doesn't offer some fairly good devices. Indian OEM Hyve Mobility, for example, recently announced their first two devices, their flagship Buzz and the budget-chic Storm. The pair of devices are both pretty affordable, with the Storm coming in at only Rs. 8499 ($127) and the Buzz costing Rs. 13,999 ($209), but are nonetheless well-built and, in the Buzz's case, packed to the gills with features. Both run Android 5.1 Lollipop for now, but will receive upgrades to Android 6.0 Marshmallow in the near future. As a nice bonus, both phones are 4G LTE ready and come with a decently comprehensive warranty.

The Storm is a somewhat understated aluminum device, following in the footsteps of the Samsung Galaxy Alpha. Its sleek design lends it a 70% screen to body ratio and thickness under the 9-millimeter mark, making for easy one-handed use of its 5-inch 1280 x 720 screen. A 13-megapixel camera with flash and phase detection autofocus adorns the back of the phone, along with a Hyve logo and a slit for the speaker. Along the left side of the phone's metal rim, facing the screen, you'll find a volume rocker, while the right side holds the power button. The front bezels host a 5-megapixel selfie snapper and three capacitive buttons, as well as the phone's earpiece speaker. The phone runs stock Android 5.1 Lollipop on its octa-core Mediatek MT6735 processor in concert with 2GB of RAM, with a 2,000mAh battery keeping the lights on. Users have 16GB of internal storage available to them, along with a MicroSD card slot. The Storm is available in Snow White and Mystic Grey.

The Storm's big brother, the Buzz, comes with a much more out-there design, a stronger processor and a smattering of new features. A rounded, rubberized back features a 13-megapixel camera, along with a hexagonal notification light, the Hyve logo, the volume rocker and power button, near the side, and a square fingerprint reader that can be used to make quick calls by assigning contacts to fingers. A flap is also present, where a user can insert either 2 micro SIM cards, or one micro SIM and one Micro-SD. On the front of the device, you'll find a fairly minimalist set of bezels housing a 5-megapixel front camera. Between them sits a 5.5-inch 2.5D glass screen at a resolution of 1920 x 1080. The whole package runs on the same MediaTek MT6753 SOC that powers Xiaomi's Redmi Note 2, along with 2GB of RAM, kept alive by a 2,500mAh battery. The phone also sports an IPX4 certification, making a spilled drink or heavy rain nothing to worry about. A USB Type-C port rounds out the budget flagship's feature list.