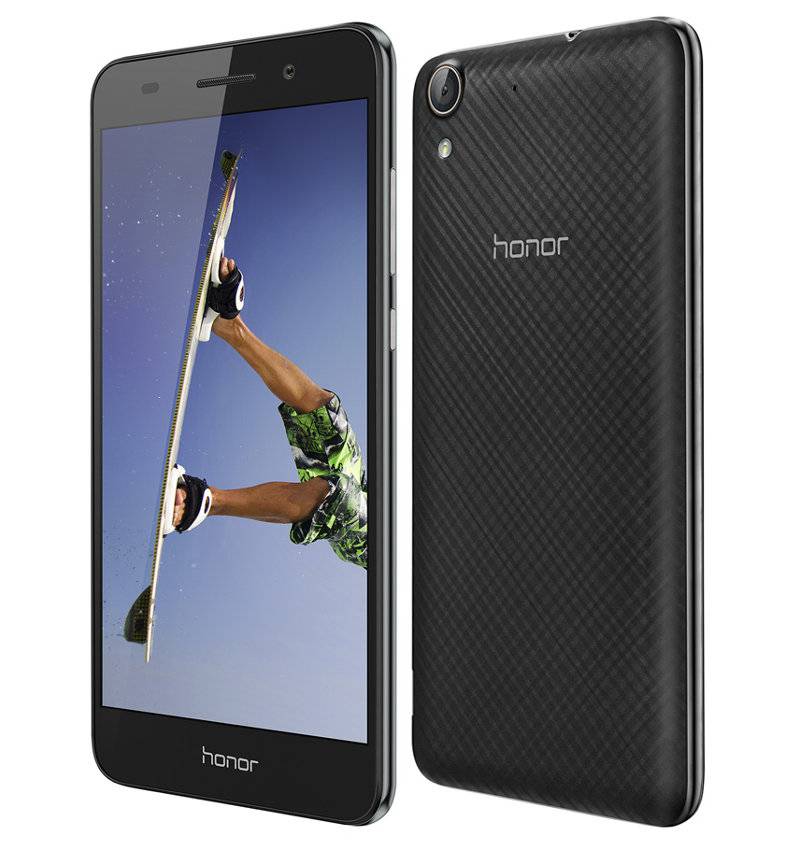 This handset sports a 5.5-inch 720p (1280 x 720) IPS display, 2GB of RAM and 16GB of native storage (expandable up to 128GB via a microSD card). This handset is fueled by the Snapdragon 617 or 620 processor (depending on which variant are we talking about), along with the Adreno 405 or Mali 450 GPU, respectively. The phone packs in a 3,100mAh battery, and there are two SIM card slots available here. The 13-megapixel camera (f/2.0 aperture, 28mm wide-angle lens) is placed on the back of the Honor 5A, and an 8-megapixel shooter (f/2.0 aperture, 27mm wide-angle 4P lens) can be found up front. Android 6.0 Marshmallow comes pre-installed on this phone, and on top of it, you'll find Huawei's Emotion UI 4.1. This handset comes equipped with 4G LTE (VoLTE), and as you can see in the provided images, the device sports a rather interesting pattern on its back. The Honor 5A measures 154.3 x 77.1 x 8.45mm, while it weighs 168 grams.

As far as the design is concerned, the Honor 5A keeps it simple, this device is not flashy by any means, and yet it doesn't look bad at all. All of the physical keys are placed on the right-hand side of this smartphone, and Honor's branding is placed below the display. This handset comes in Black, White, Blue and Gold color variants, and costs 699 Yuan ($106) in China. Carrier variants (China Unicom and China Telecom) variants are a bit more expensive, they cost 799 Yuan ($121). The phone is already available for pre-order from vMall, and will be available for purchase starting June 17th in China. Honor did not announce the international availability details for the Honor 5A just yet, we'll report back if the company release any new info though, as always. 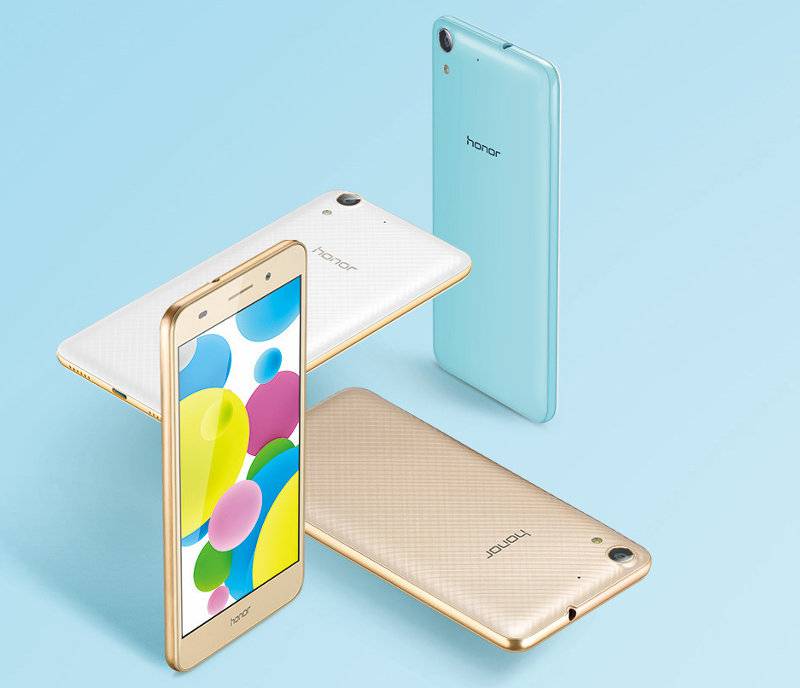