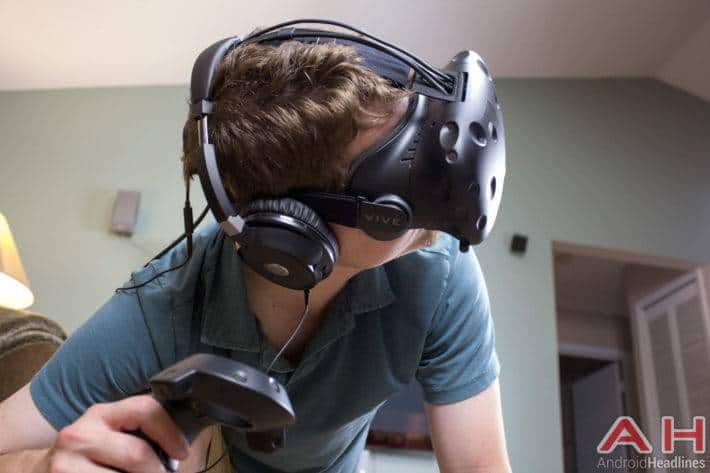 If you own a video game console, it’s quite likely that at least part of the reason for your purchase was exclusives, games that will only be on the console you own. The current generation, for example, has Bloodborne on the Sony PlayStation 4, and Titanfall on the Microsoft Xbox One. While exclusive titles spur competition in the game console market, they also cause consumers woe; often, somebody  wants an exclusive on one console as well as another, or they’ve gotten their hands on one console, but wanted an exclusive for another. This same behavior, according to HTC’s VP of VR content, Joel Breton, would be very bad for the virtual reality space.

He claimed that HTC is not developing or pursuing any exclusive content for the Vive. He explained that exclusive content not only harms users by locking them out of otherwise viable content, but robs the developers and publishers by blocking them off from a good portion of their customer base, a figure he quoted as “75- or 80-percent of commercial viability”. Additionally, while the concept of exclusive titles originated in gaming and that’s VR’s current most relevant field, Breton reckons that gaming will only be a small part of VR’s overall appeal in the near future, making it tough to justify shopping for VR gear based on anything but the raw specifications and the feel of the unit; this could mean that customers who are very interested in a certain game but like a headset that won’t get that game may never get to play it at all. Unlike game consoles, VR headsets are very personal and highly tailored gear.

Breton said that VR content could be broken down into 12 categories, mostly based on the application for the content, such as education, gaming and live video. He went on to say that HTC is currently supporting developers and researchers who are on top of all 12 categories, trying to figure out how the technology could best tie into the content in a way that entices and benefits consumers. He believes that gaming will, in the end, be eclipsed by other uses for VR. As televisions and personal computers came long before the advent of mainstream gaming, VR is in a very unique position, to be dependent on the world of video games for its initial push into the market. Still, the potential is there for tons of other uses, from enterprise to medical to cinematic experiences and everything in between.