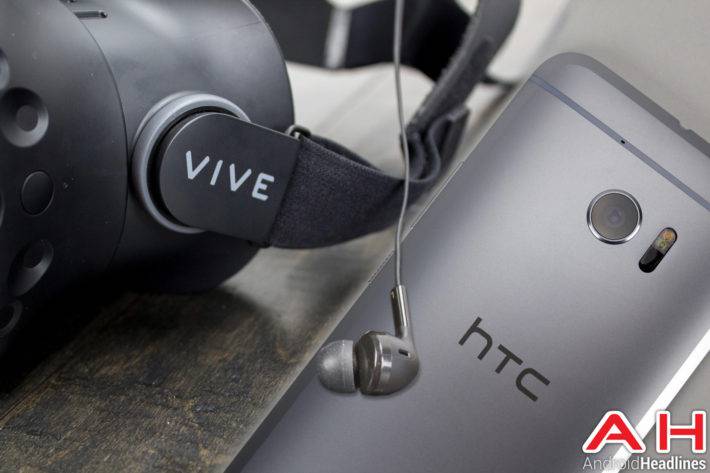 Over the past couple of years, several reports have been written about how Taiwanese tech company, HTC, has been struggling with its smartphone business globally. While on the one hand its flagships have not been able to compete on even terms with offerings from market leaders Samsung and Apple, on the other, its absence (or nominal presence) in the mid-range segment in critical markets like China and India have meant that it hasn’t been able to capitalize on the fastest-growing segment of the smartphone market, especially at a time when the premium-end of the market is showing signs of a slowdown. With its smartphone business struggling for traction, HTC is now hoping that the Vive VR headset will be able to finally help it turnaround its fortunes going forward.

That being the case, the company has often been rumored to be looking at spinning off its VR unit into a separate business, but such reports have previously been denied by the top management of the Taiwanese firm. Now, however, HTC’s president for global sales, Mr. Chia-lin Chang, has publicly acknowledged that the company is indeed looking to establish an independent virtual reality company that will operate as a wholly-owned subsidiary of HTC and will help the Taiwanese vendor in its efforts to strike up alliances and raise capital going forward. Speaking at the company’s latest shareholders’ meeting in Taipei City, Mr. Chang insisted that, “Alliance agreements will help HTC enhance its competitiveness and play a more important role in the growing global VR market”.

HTC’s chairperson, CEO and co-founder, Ms. Cher Wang also backed the plan to separate the company’s smartphone and virtual reality businesses, saying that she expects the venture to be highly profitable, given the enormous customer base of online game distribution platform, Steam, which has co-developed the Vive headset along with HTC. According to her, virtual reality is a “very important technology for HTC” because, “there will be a proliferation of VR applications in the education, healthcare, shopping and entertainment sectors over the next 10 years”. Which is where HTC is hoping to build a bright future for the company.