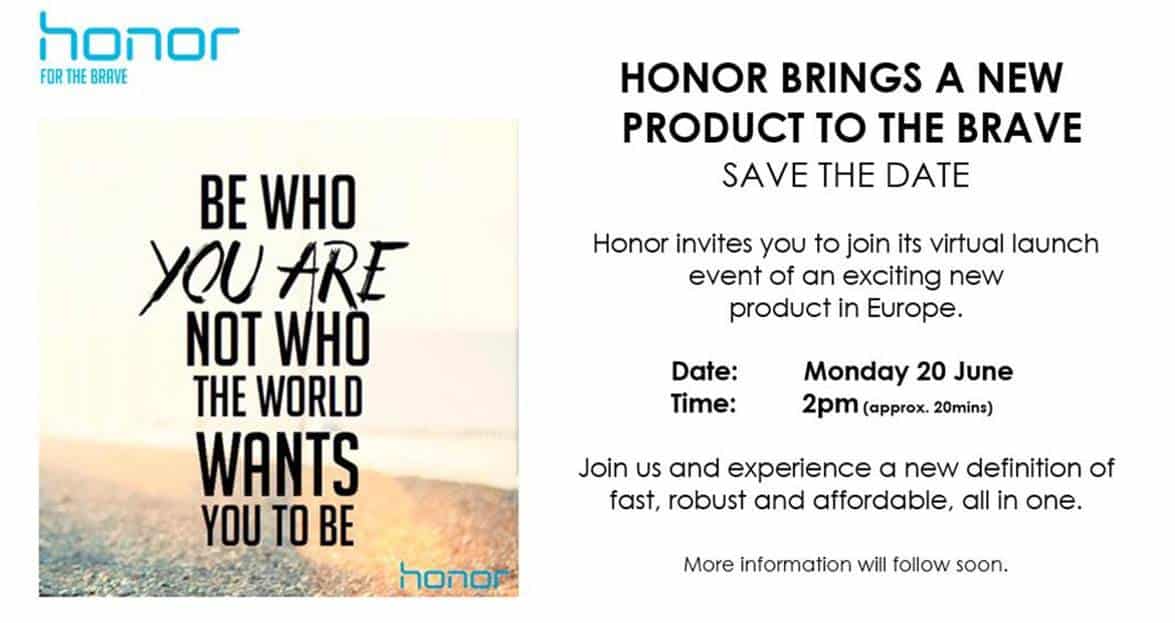 If you’re at all interested in smartphones, you’ve probably heard of the ‘Honor’ brand already. This is Huawei’s sub-brand, a subsidy if you will, and that company is actually quite successful on its own. According to the latest market research data, Honor is actually the second-placed company in China. Honor currently holds 15.7% of market share, and is trumped only by Xiaomi (26%). Now, if you combine Huawei and Honor, you get a market share of 23.7%. That being said, Honor has released quite a few interesting smartphones in the last year or so, and it seems like another one will land soon, read on.

Huawei UK has started sending out invites for the June 20th event the company will host. Now, this will be a virtual launch, which means the company won’t host an actual physical event anywhere in particular. The event will kick off at 2PM BST (9AM EST, 6AM PST), and as you can see in the provided image, the company is using the ‘Be who you are, not who the world wants you to be’ slogan. The company also said that the event will last around 20 minutes, and that they will unveil a new smartphone which will be ‘fast, robust and affordable, all in one’. Now, we cannot confirm that the Honor plans to introduce the Honor 8 handset, but we’re quite confident they will. The Honor 7 was announced back in June last year, and that handset was quite a success for the company. It was made out of metal, quite affordable, and its performance was really good as well. We didn’t exactly see many Honor 8 rumors / leaks, but one such rumor surfaced two days ago.

According to the leaked info, the Honor 8 will ship in two variants, one variant will sport 3GB of RAM, while the other will ship with 4GB of RAM on board. The device will be made out of aluminum, and will, reportedly sport two 12-megapixel cameras on the back. Huawei’s HiSilicon Kirin 950 64-bit octa-core SoC is expected to fuel this handset, though we wouldn’t be surprised if Honor included the Kirin 650 instead, we’ll see. The Type-C USB port is rumored to be a part of this package, and Android 6.0 Marshmallow will almost certainly going to come pre-installed on this device. That is pretty much everything we know, stay tuned in case new info surfaces before the launch event.