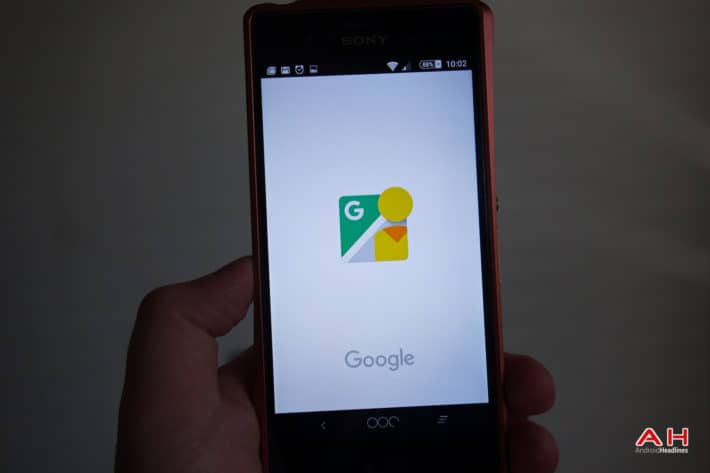 The Google Maps app is one of the most popular applications on the planet, most Android users use it, and it's quite popular on iOS as well. Now, you can access Google Street View directly from Google Maps (though there's a separate app for it as well), and walk around your neighborhood, or take a stroll on a beach somewhere in the Bahamas. The point is, Google has mapped out the world basically using 360 photos, which was quite a feat by the company. That being said, moving around in the Street View wasn't exactly the best experience, and Google is looking to change that, read on.

In order to move around, you needed to tap on the arrows pointing in the direction you'd like to go in, well, no more, Google is replacing this tap-to-move approach to the swipe-to-move one. Instead of two arrows, you'll see a blue line in Street View which represents places where you can move to. Now, Google has also improved general movement, in order to move in the old view, you needed to tap on an arrow and wait for the new view to load, well, you don't have to do that anymore. You can make a couple of quick swipes and move ahead fast, not one step at a time. By doing this, Google basically makes it possible to go across town simply by swiping, and you can do it rather fast too, which is certainly a better solution than what we've had before, you basically had to leave the street view and manually pinpoint a new place on the map unless you wanted to tap for hours.

Now, this is all nice and dandy, but it's not perfect, Google still has to iron out the quirks. Finger movements is now used for both moving around and looking around, which might not be the best solution, because you can accidentally make the wrong movements and end up moving instead of looking around. Either way, all Google has to do now is polish all of this and Street View will be far more enjoyable to use, and we're definitely looking forward to that. Google seems to be rolling out this change already, and according to the source, tons of Google Maps versions will get it, though Android N Developer Preview will not it seems. 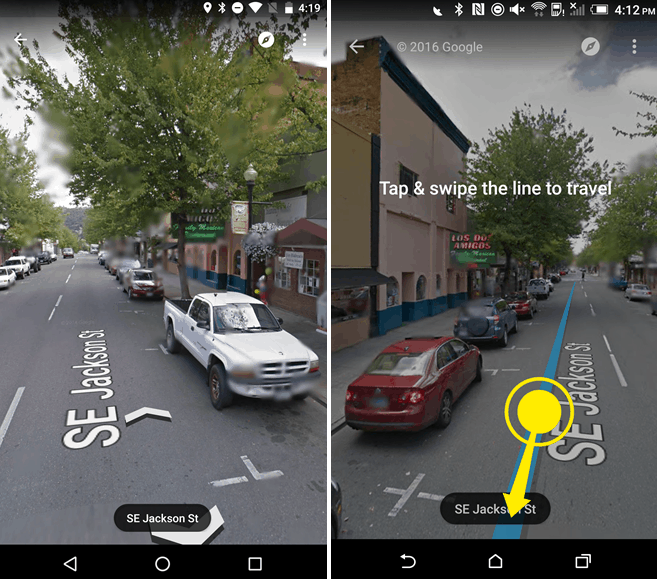