Chinese smartphone vendor Gionee has officially announced its latest mid-range smartphone – the S6 Pro. The device is already available for sale from a number of online retail outlets in China, including Gionee’s own official webstore for 1,999 Yuan ($300). It can also be purchased from Chinese online retailer T-Mall at the exact same price. The handset comes with an aluminum-magnesium alloy unibody design and is being offered in three different color options – Silver, Gold and Rose Gold. Right now, there’s no official word on when Gionee plans to release the device internationally, so there’s no way to know whether the handset will be sold exclusively in China or if Gionee plans to launch it in at least some other markets around the world.

Taking a look at the tech-specs of Gionee’s latest release, the S6 Pro features a 5.5-inch IPS display panel that comes with a resolution of 1920 x 1080 pixels. The device is powered by a MediaTek Helio P10 (MT6755M) SoC that has an integrated 64-bit octa-core CPU clocked at a frequency of 1.8 GHz. The chip also incorporates a Mali T860MP2 GPU that renders all the graphics on the smartphone. 4 GB LPDDR3 RAM and 64 GB internal storage come as standard, but the storage is also expandable by up to 128 GB, thanks to the presence of a microSD card slot. Talking about card slots, the phone is capable of supporting dual SIM cards, but the secondary SIM slot is a hybrid one, meaning, it can only support either a nano SIM or a microSD card. So users won’t get to use both SIMs and a microSD card at the same time.

Coming to the imaging credentials of the Gionee S6 Pro, there’s a 13-megapixel rear-facing camera with LED flash and Phase Detection Auto Focus (PDAF), whereas the front-facing unit comes with an 8-megapixel sensor for selfies and video chats. Android 6.0 Marshmallow comes pre-loaded on the phone with Gionee’s very own Amigo OS 3.2 on top, while a 3,130 mAh battery keeps the lights on. Connectivity features include 4G LTE support with VoLTE, along with Wi-Fi ac/a/b/g/n, Bluetooth 4.1, GPS and USB Type-C. The handset also comes with a fingerprint scanner at the back, weighs 170 gms, and measures 153 mm in length, 75.26 mm in width and 7.6 mm in height. 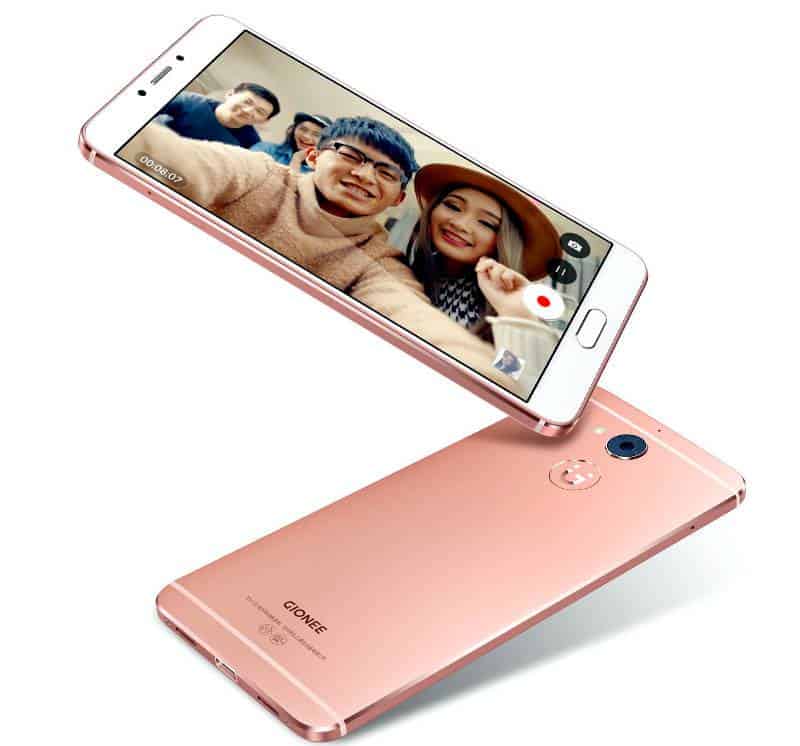