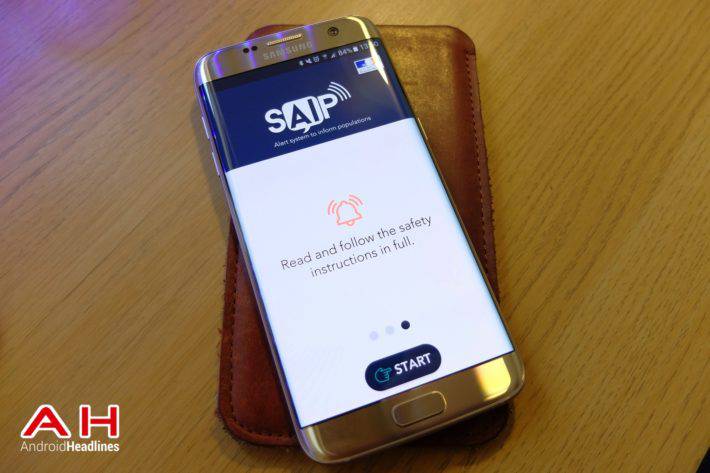 This week sees the opening of UEFA Euro 2016, a soccer tournament that will see Europe's greatest players compete for worldwide recognition while representing their country. This year, the tournament is being held in France, and while the Euro tournaments are often a celebration for the continent as well as soccer fans the world over, France itself – particularly Paris – has had a rough time over the past year or so. As the shadow of these terrible terror attacks still loom over the nation, the French Government has launched a smartphone app – available for both Android as well as iOS – which will help alert as well as inform those visiting France for the Euros of any potential terror threats.

The app, dubbed SAIP which stands for "System to Alert and Inform Populations" is a free download from the Play Store and allows users to tailor the experience to them. The app gives users the ability to choose up to 8 different locations using a geo fence around a certain point. Should there be any sort of alerts of terror attacks or any sort of incidents in or around those chosen areas, the SAIP app will let them know. This is a good option for those that will be going from their hotel to different stadiums or seeing the sites. Throughout the 51 games, played at 10 different venues, France is not just offering visitors a free app, but also stepping up security with 100,000 security officials at stadiums and fan zones.

Many Government agencies across the globe have issues some sort of warning or other to those visiting France for the tournament, and while this app might not seem like a big deal, it's always good to be prepared and at the end of the day, knowledge is power. Google is doing their bit for the Euro 2016 tournament as well, by making it easier for those not able to attend to follow along with all of the scores and the action, but there's no doubt that their alerts system will also be in place as well. For those heading to Euro 2016 – or those already there, given the timing – the free app is downloadable by clicking the button below.