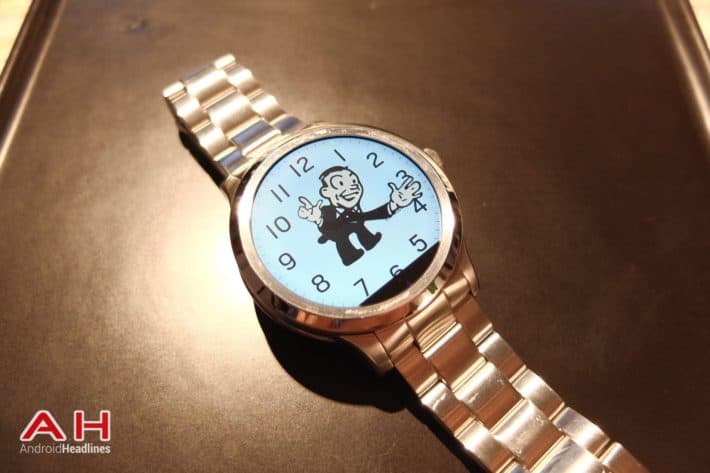 The Android Wear 1.5 update has already rolled out to most relatively new smartwatches on the planet, though the owners of a select few devices are still waiting for their upgrade. Well, the waiting list just got that much shorter as the reports of Fossil Q Founder receiving the updated started surfacing online earlier today. The roll-out has just started, so don't be alarmed if you haven't received your update just yet – it's definitely coming. Judging on previous roll-outs, this one should be over in less than a week, so you'll likely be running the Android Wear 1.5 update on your Fossil Q Founder by this weekend. This latest patch has already arrived on most other popular devices like the Samsung Gear Live, second generation Moto 360, and Moto 360 Sport.

As for the Android Wear 1.5 update itself, it's still based on Android 6.0.1 Marshmallow but that doesn't mean it's not packed with some useful new tweaks and features. Among other things, this update brings back the restart option to the device settings menu, resolves most problems related to syncing the Android Wear device with a smartphone running Android N, and allows its users to see the install date of the latest security patch in the About screen of the settings menu.

Naturally, the upcoming Android Wear 2.0 update will be much larger and packed with a ton of new features like standalone apps and third-party widgets for watch faces which will be accessible through a completely redesigned user interface. Unfortunately, you'll have to be a little more patient for that one as Google recently revealed that the 2.0 update is not coming to any Android Wear devices before October – other than in preview form on the LG Watch Urbane 2nd Edition LTE and the Huawei Watch.

The Fossil Q Founder smartwatch was released in October of 2015 and can currently be purchased for $275 from the Google Store. The watch had a mixed reception among reviewers and has received some criticism in regards to prioritizing form over function. That isn't to say it isn't a solid device as it packs an Intel CPU, 1 GB of RAM and a well-made, albeit heavy frame. It's not a universally appealing wearable, but it has seemingly found its niche among people who are looking for a traditional-looking smartwatch.