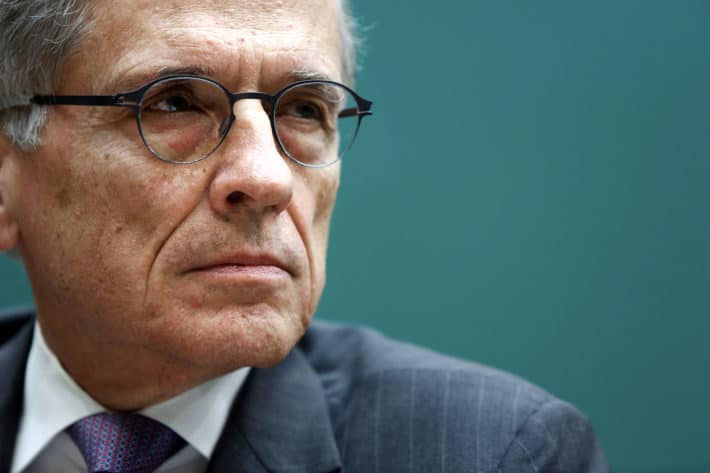 5G networks have a lot of hurdles to clear, both technologically and in regards to regulation, before they can become viable for commercial use, let alone actually be deployed. Though many carriers and tech companies are testing the networks out, the short-range, non-piercing nature of the high-band spectrum that has to be used for 5G can present issues. While Sprint is beginning to plan talks to roll out a huge network of bite-sized cell sites to bring the 5G signal exactly where it needs to be, not everybody has such a comprehensive plan just yet and many with interest in 5G don’t even have a definite standard to shoot for. This is exactly why FCC chairman Tom Wheeler wants  to begin talks and official proceedings to create and legitimize a 5G standard and begin opening up spectrum for it. Specifically, he wants to start those talks this week.

Wheeler’s plan, basically, is to figure out what constitutes “5G”, then open up the right spectrum bands and just let the carriers and other parties go crazy from there. The plan sounds like a recipe for disaster, but this is actually how the commission handled the creation and rollout of the 4G standard and the LTE wireless networks that proved able to carry it. This free-wheeling plan has the added benefit of getting talks over with and work started on opening up the right spectrum as soon as possible, allowing carriers plenty of time to have their networks ready by the projected rollout year for 5G, which is 2020.

Wheeler did not mince words about the importance of making this happen as quickly as possible. With tech firms all over the world competing and jockeying for rank in the 5G race, including names like Nokia and Huawei, Wheeler says that it is vital for the U.S. to open up this spectrum quickly so that U.S. companies can be the first ones to have 5G networks and the wealth of technologies that they make possible out the door. 5G is still largely a mystery, but many companies are blowing right through the gigabit barrier in testing, which could translate to speeds in the hundreds of megabits for users, should the networks be rolled out correctly. Speaking on the possibilities of 5G networks, Wheeler said, “If anyone tells you they know the details of what 5G will deliver, walk the other way.”