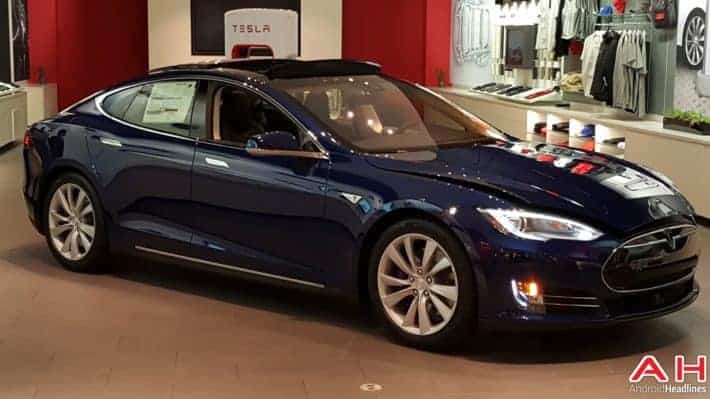 If Virtual Reality is changing the future of entertainment than the Electric Car is changing the world of transport, and at the top of that game is Tesla. Rather than provide Hybrid cars, anything that Tesla makes is 100% electric, and it's no surprise that there are a raft of customers either waiting for their first Tesla or in love with the one they already have. Considering that all of these cars need a huge amount of batteries, it's no surprise that other technology companies have been named alongside Tesla, and most recently that has been Samsung. A report not too long ago claimed that Samsung was the technology name behind the batteries to go in the upcoming Tesla Model 3, but now it appears as though that's not the case.

Instead, it's Panasonic that will be working on the batteries inside of the Tesla Model 3, and it's also Panasonic batteries that can be found in the Tesla Model S and Model X vehicles. It's no surprise that Samsung and Tesla have been named together in recent rumors, as Samsung is not only capable of creating their own batteries, but also a company that's looking ahead to future technologies. For Samsung, this is the Internet of Things, new display technologies and form factors of mobile devices, but they're looking ahead to the future all the same, just as Tesla's Elon Musk is. It was Musk himself that debunked the myth over on Twitter, which marks just one more occasion that shows the CEO's willingness to be open and embrace modern communication.

As more and more names from the tech world get involved in the automotive game, it's no wonder that a progressive name like Tesla is getting mixed in as well. For many however, they won't care who supplies the batteries inside of their Tesla, as most users will no doubt be wondering just when they're going to get their hands on the new Model 3. As Apple is rumored to be getting into the car game as well at some point, it might not be a bad idea for Samsung to try and dip their toes in the automotive waters, but it seems as though Tesla is not going to be their way in.