Elephone is one of many China-based smartphone manufacturers, but this company managed to grab the attention of both media and consumers in January this year when the company announced their P9000 line of devices. Elephone introduced the P9000, P9000 Lite and P9000 Edge back in January, and only the first two smartphones were released since then. It has been over half a year since Elephone introduced the devices, and the ‘bezel-less’ P9000 Edge variant of Elephone’s smartphone is still not available. Well, the device did leak recently though, we’ve seen several images of the Elephone P9000 Edge, and it seems like the company opted to change its design to an extent. The device will not sport a small capacitive key, but will, instead, ship with either a physical home key, or a touchpad which will be used as both a fingerprint reader and a capacitive home key, just like the one we’ve seen used in the OnePlus 2 and 3.

That being said, it seems like Elephone is planning to release yet another ‘bezel-less’ device soon, at least according to the recent leak which comes from a reliable source. Our source tells us that the company is preparing to release a new device called the Elephone P20, and based on the info we’ve received, this handset seems to be really interesting. If you take a look at the available images, you’ll notice that the phone will not only sport a regular capacitive key below the display (at least it seems like it, it’s possible this is just an LED notification light, like on the Elephone Vowney), but will also ship with a metallic trim around the device, and no bezel (or black bars) on the sides. This smartphone will be fueled by MediaTek’s yet unreleased Helio P20 16nm 64-bit octa-core processor, and the phone will also pack 6GB of RAM on the inside, just like the P9000 Edge. The rear-facing camera’s aperture will be f/1.7, though we still don’t know what sensor will Elephone use here.

That is more or less it as far as this rumor goes, all we have are these two images, and some specs to share with you. We still don’t know when will this handset see the light of day, but it seems like Elephone might release it in the coming weeks, stay tuned. 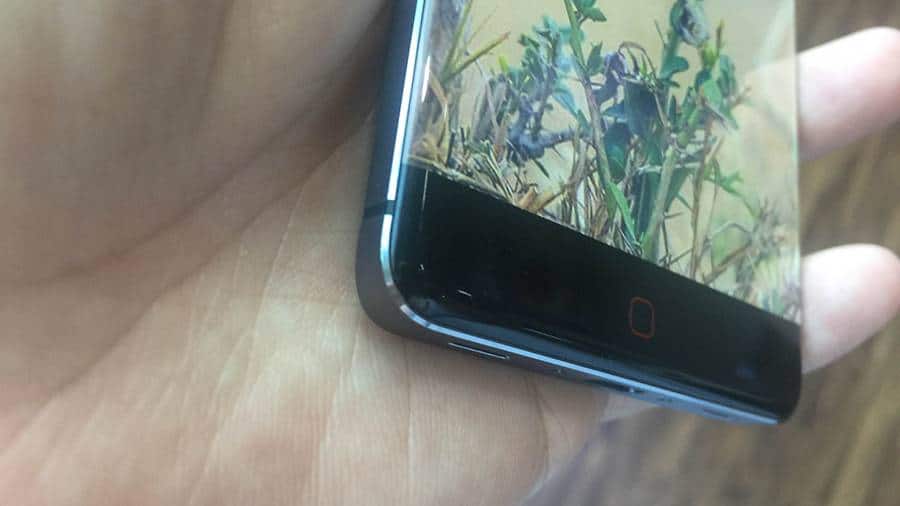