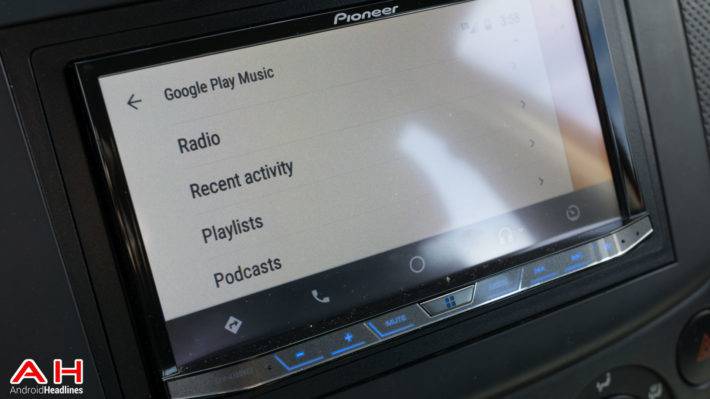 Google Play Music got an update this week, bringing it to version 6.9. This is a pretty small update, in fact the only real feature that was added is for Android Auto, while the other changes are user interface tweaks. Google Play Music has always supported Android Auto, however when podcasts made their way into Google Play Music, they didn't come to Android Auto. That has now changed with this update. In the slide-out menu, you will now see "Music for Driving", "Recent Activity", "Playlists" and finally "Podcasts" at the bottom. Allowing you to access the podcasts you have subscribed to quickly, and easily. When tapping on "Podcasts" in that menu, you'll be taken to a sub-menu showing you the podcasts you are subscribed to, and from there you can choose the podcast you want to listen to. Pretty simple, which it needs to be.

This next change is a pretty small interface tweak. Essentially what the Google Play Music team has done is they have moved the genre selector that is located in the New Releases screen so that it is below the featured track. It's a fairly minor tweak that was made to the Android app, but some may still notice it. There's another visual tweak that was made in this version as well. In the settings, specifically on the page where you can manage your downloads it shows you how much space you are using, as well as how much space other apps are using and how much space you have available. Instead of those three being vertical, they are listed horizontally now. Again, not a huge change, but one that is still worth mentioning.

Download: Google Play Music v6.9
Trusted By Millions
Independent, Expert Android News You Can Trust, Since 2010
Publishing More Android Than Anyone Else
18
Today
153
This Week
645
This Month
3157
This Year
104636
All Time
Advertisement