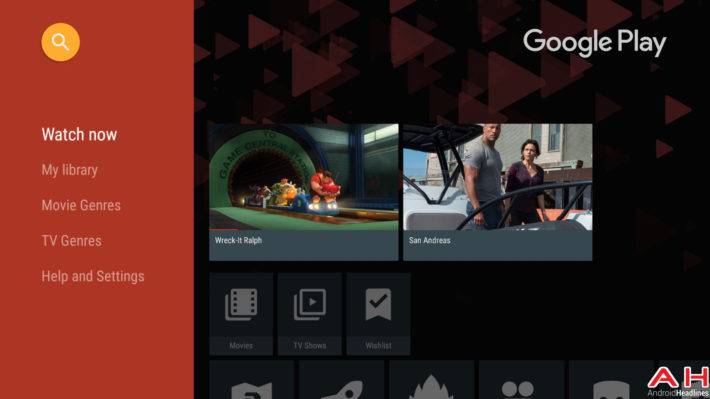 An update to Android typically brings with it a number of new features and improvements which overall do add to a significant increase in the experience. While this is the same for Android TV in general, like when Marshmallow became available or like when Android N for Android TV does became widely available, due to the unique nature of the Android TV interface, any update at all, is worth knowing about and this week it looks as though one of those smaller but noteworthy updates are en route to Google Play Movies & TV.

The update is not anything too spectacular, but what is certainly worth noting is that the controls when watching content has been greatly improved. Before, when watching a video and you wanted to skip forward (or back) you would have to bring up the old-style on screen controls and then navigate to the fast forward (or rewind) buttons to skip through the content. Not exactly an issue in its own right, but not exactly the most fluid of systems either. However, the rather clunky-looking control bar has now been replaced by an on screen bar which allows the viewer to go forward or back by simply pressing the forward or back directional buttons on your non-remote controller. Not to mention, it takes up less of the actual view of the content as well. As a result the whole presentation and general functionality is greatly improved with the new look.

In addition, and in line with the many Google Play apps, the icon for Google Play Movies & TV on the leanback launcher is also being updated with this update. Bringing Google Play Movies & TV on your Android TV more in line with the branding that is likely to already be in use on your smartphone. So if you are unsure of whether you have already received the current update or not, then the easiest way is just to check if you do see the new logo on your leanback launcher. If the update has yet to arrive on your device and you would like to push the update yourself, you can by pulling the APK through the link below and sideloading in the normal manner.

Download Google Play Movies & TV v3.15
Trusted By Millions
Independent, Expert Android News You Can Trust, Since 2010
Publishing More Android Than Anyone Else
0
Today
184
This Week
184
This Month
3348
This Year
104825
All Time
Advertisement