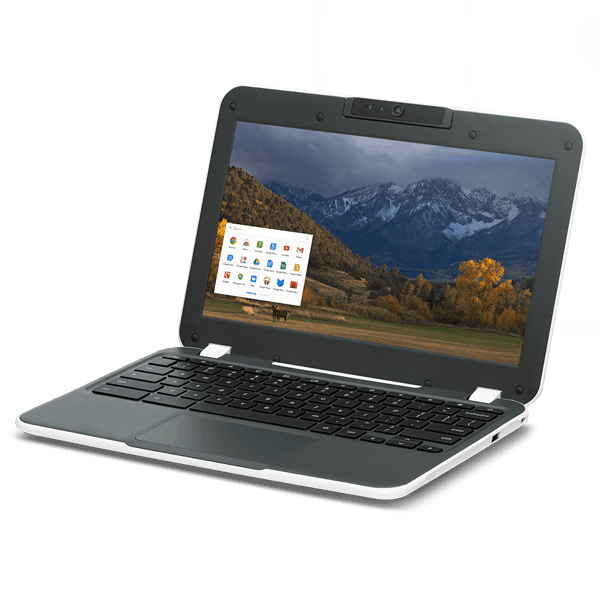 Earlier this year CTL expanded its Chromebook lineup with the CTL J5 rugged Chromebook, and today the company announced yet another addition to its family of Google-powered notebooks. Called the CTL NL61 Education Chromebook, the new model is obviously designed for use in classrooms, and thus, it has a ruggedized chassis with a spill-resistant keyboard, able to withstand drops from heights of up to 70 centimeters. Although the CTL NL61 might look very similar to the CTL NL6 launched last year, the new model is driven by a more powerful Intel Braswell processor and boasts considerably higher battery life.

The CTL NL61 Education Chromebook features an 11.6-inch anti-glare display with a resolution of 1366×768 and is powered by an Intel Celeron N3160 quad-core fanless CPU clocked at frequencies of up to 2.24GHz. The processor is paired with 4GB of RAM, an Intel HD400 graphics chip, and the device benefits from 32 GB of storage. Furthermore, the new model offers up to 14 hours battery life thanks to the inclusion of a more generous unit, which is a noteworthy upgrade compared to the 9.5-hours battery life offered by the 2015 CTL NL6. The product description also mentions that the battery is “serviceable”, which means that although it’s not user-removable in the true sense of the word, it can be replaced by tech-savvy users or “school IT” professionals. Moving on, the CTL NL61 is equipped with a Full HDMI port, two USB 3.0 connector and one USB 2.0 port, an Intel Dual Band AC 7260 wireless adapter supporting Bluetooth 4.0 and Wi-Fi 802.11 ac/a/b/g/n, and an SD card reader. It’s also worth noting that the display part is connected to the base of the Chromebook through an 180-degree hinge, and includes a rotatable 1-megapixel camera. Overall, the CTL NL61 Chromebook weighs 1.25kg and measures 299x213x21.5 millimeters.

The CTL NL61 Education Chromebook is now available for purchase from the official CTL website for the “special price” of $239, down from the “regular price” of $299. The device benefits from a 1-year warranty which can be upgraded to a 2, 3, or 4-year warranty for an extra cost. However, it should be noted that the Chromebook will begin shipping in July, with a touchscreen model being planned for release later this year.