Mobile payment solutions are starting to expand and Google’s option, Android Pay, has just expanded into Asia with Singapore being the starting point for the app. Google has officially announced on their blog that Singapore is now a supported country for the Android Pay mobile payment solution, allowing smartphone owners to pay for their goods and services using just their smartphones instead of physical cards or money. Of course, much like Android Pay in any other regions where it’s supported, users will need to bank with a supported institution before they can set up Android Pay, so there may still be some limitation for various users.

The launch of Android Pay in Singapore follows a launch in the UK earlier this year, as well as a new Android Pay Day initiative in the UK which was launched just last week. For those in the Singapore region that aren’t familiar with the workings of Android Pay, Google’s blog post provides a nice little explanation of how to get things up and running. Of course, the whole process is pretty straightforward. Simply download the app, open it and tap the button to add a new card, and fill out the requested information on the screen. If the bank is supported then the card should be available for use at establishments which accept it. Not forgetting, of course, that NFC will need to be enabled on the device before pay terminals and point of sales will be able to read it.

Devices will also need to be running at least Android 4.4 KitKat to be compatible with the application, although that is most Android smartphones these days so that shouldn’t be much of an issue. As this is the start of the launch for Android Pay in the region, it’s understandably launching with support for a much smaller list of banks than what users would find here in the U.S. From today, Android Pay users in Singapore will be able to use the app with Visa and MasterCard credit and debit cards from DBS, OCBC Bank, POSB, Standard Chartered Bank, and UOB, with more bank support on the way in the future. As for places that accept it, retail locations like 7-11, Cold Storage, McDonald’s, FairPrice, and StarHub are just a few, as Google notes that it works at launch at thousands of locations. Of course, Singapore users will also be able to use Android Pay to make purchases in apps as well. 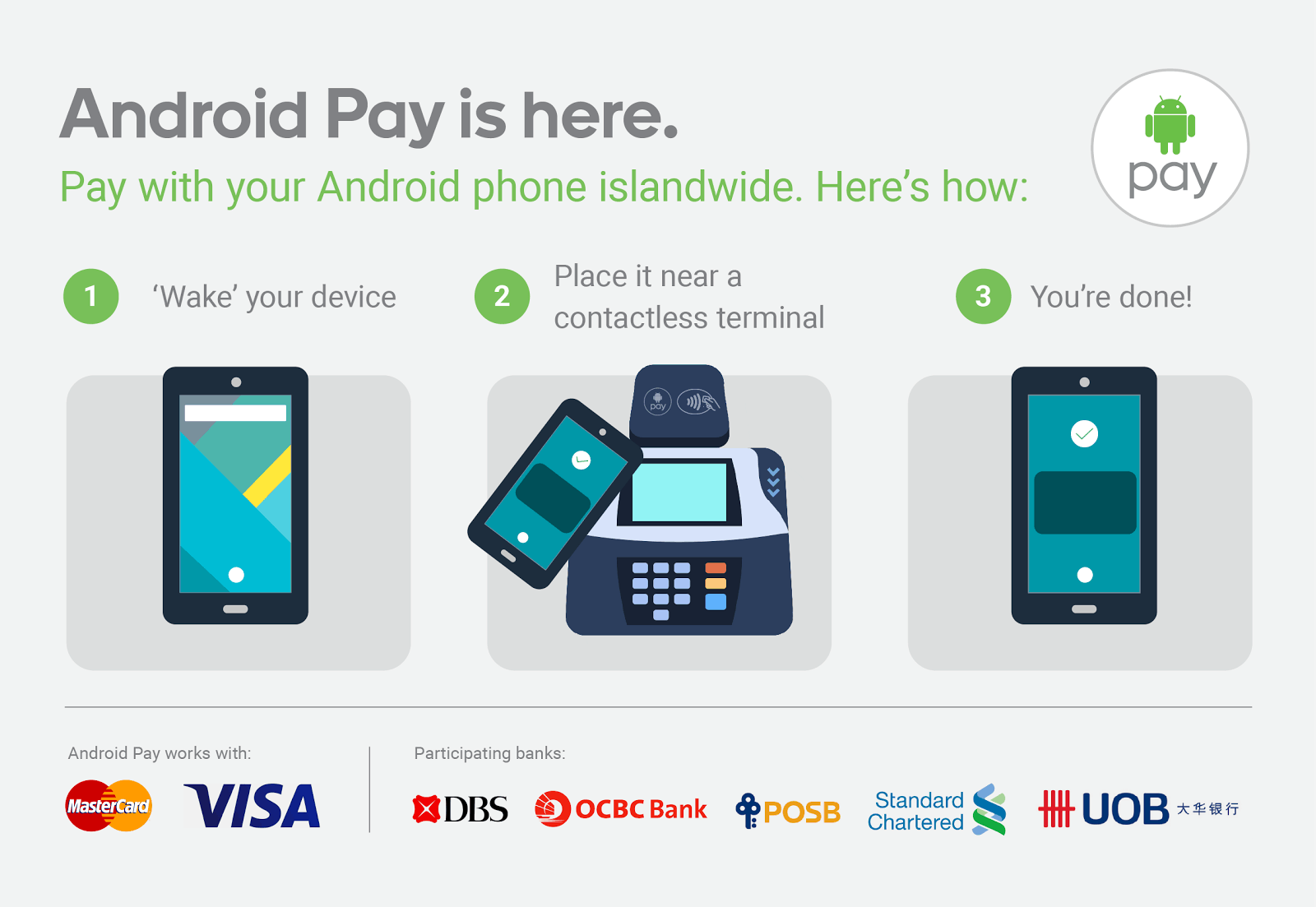