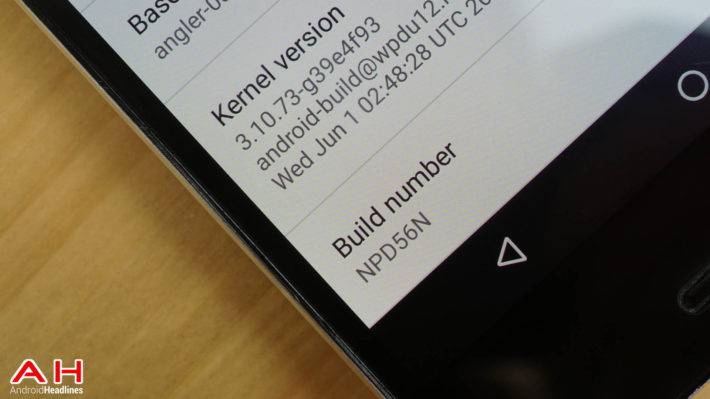 Earlier today, Google announced that they were releasing developer preview 4 for Android N. While they posted the factory images and OTA a bit earlier on today, the actual OTA is just now beginning to roll out to everyone that is enrolled in the Android Beta Program. If you've been smashing that update button on your Nexus device all afternoon, you should now see the OTA available for you to download and update your device. It's a bit later than most probably wanted to see the OTA arrive, but still within the 24-hour time frame Google states in the Android Beta Program. Just as a refresher, these are the devices eligible for the developer preview 4: Nexus 5X, Nexus 6, Nexus 6P, Nexus 9, Nexus 9 LTE, Nexus Player, Pixel C and General Mobile 4G (Android One handset).

This new developer preview is a pretty big update (our Nexus 6P had a 327MB download), so there's likely a ton of small things changed in here, along with plenty under-the-hood changes as well, with Google preparing for the final build of Android N in just a few months. This developer preview is a big milestone for Google actually, as it marks the opening of Google Play for Android N apps. Meaning that if you have built an app using any of Android N's features, you can now push that app into the Play Store for users to download and use. Additionally, Google has pushed out the final version of the API's for Android N in this developer preview, and the official SDK. There's just one more developer preview left after this one, before we get the final build sometime in the third quarter.

Keep in mind that this is a developer preview, and it's not quite ready for use on a daily driver. While it is much more stable than the other developer previews we've had for Android N, it's still not 100% stable. Which is to be expected. However, if you are a developer, it's a good idea to check out the developer preview and start getting your apps ready for Android N. As there are some great new features in Android N that users will want to take advantage of – namely direct reply and multi-window.