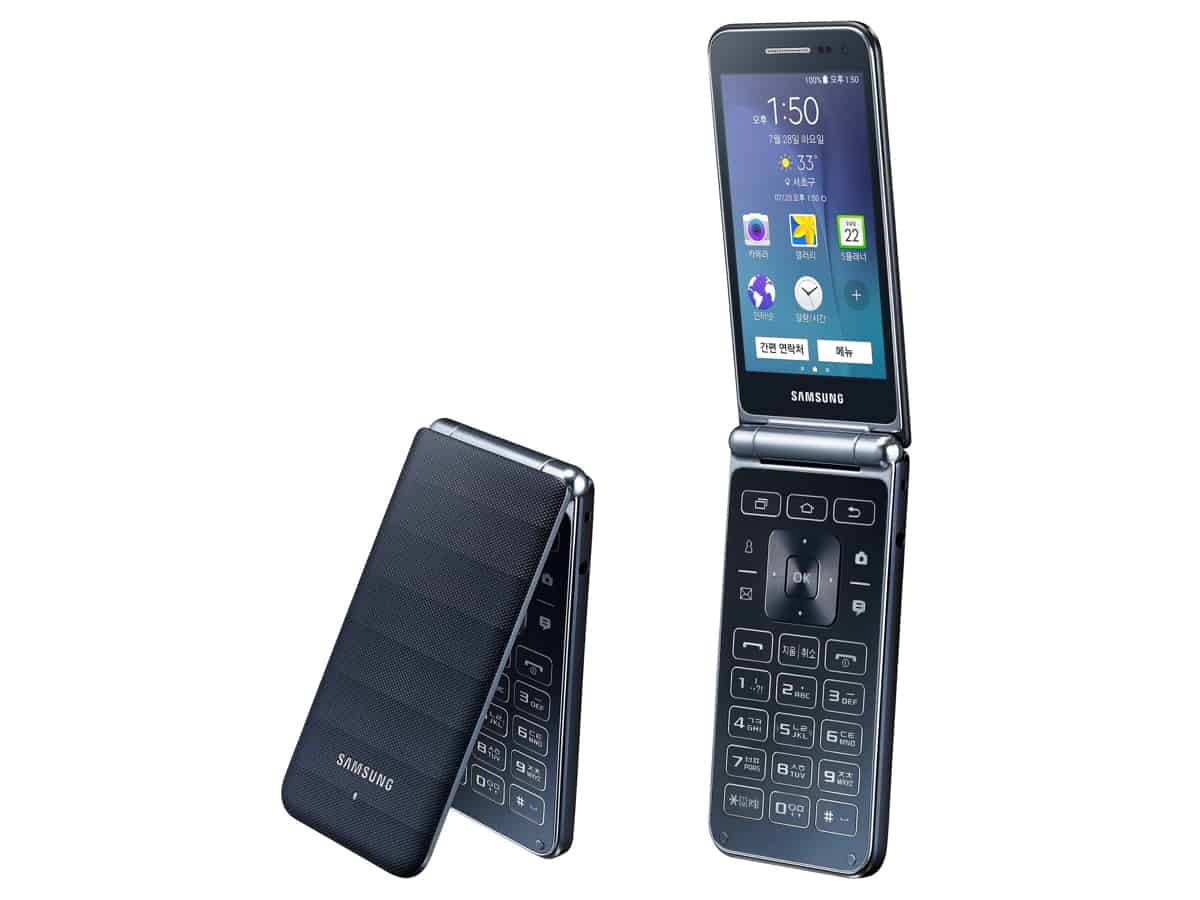 Some years ago flip phones used to be an icon for the mobile world, but for better or worse, ever since smartphones and touchscreens have popularized the "chocolate bar" form factor, flip phones have taken a back seat and became all but forgotten. However, not all mobile manufacturers have abandoned this design language entirely, and recent events suggest that Samsung might be working on a next-gen Galaxy Folder flip phone. To be precise, the South Korean company is definitely working on a new device identified by model number "SM-G1600", and in turn, this model number is believed to have an association with the so-called Samsung Galaxy Folder 2. The model number was recently spotted on Zauba in India, and earlier this week the very same "SM-G1600" was cleared by the FCC, hinting at what could be a market release closing in.

A couple of days ago, Samsung Electronics filed the SM-G1600 with the FCC for equipment authorization, and needless to say, the regulatory agency already gave the handset green light. Unsurprisingly, the FCC documents don't say much about the hardware itself, but assuming that this is the same "SM-G1600" as the one spotted in the GFXBench database earlier this week, then it should feature a 3.8-inch display with a resolution of 800 x 480, resulting in a pixel density of roughly 245 pixels per inch. Additionally, the Samsung Galaxy Folder 2 is believed to draw processing power from a Qualcomm-made quad-core CPU clocked at 1.4GHz per core, and should conceal 2GB of RAM and 16GB of on-board memory under the hood. GFXBench also reveals an 8-megapixel main camera capable of HDR photography, along with a 5-megapixel front-facing sensor. Lastly, the smartphone appears to run Android 6.0.1 Marshmallow, and although the aforementioned benchmarking website made no mention of the handset's battery, the FCC label (below) confirms the inclusion of a 2,000mAh unit.

Although the SM-G1600 / Samsung Galaxy Folder 2 seems to have been approved for sale in the United States, it's likely that the smartphone will first debut in Asia, either in the company's home country or in markets such as China where flip phones are still somewhat popular. In any case, the Samsung Galaxy Folder 2 is more of a niche product and there's no guarantee that it will see a widespread release.