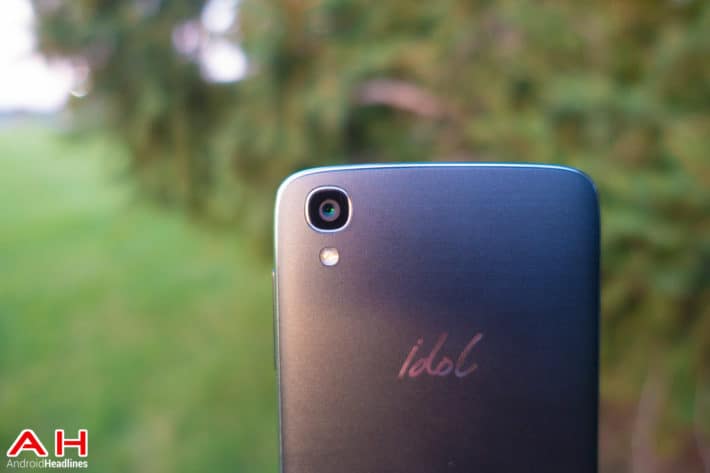 Alcatel is a smartphone brand owned by Chinese manufacturer, TCL. The company has designed, developed and sold a number of handsets over the years, including building devices for third party companies such as Vodafone's Smart prime 6. In March 2015, Alcatel launched two smartphones under the Idol 3 name, but the two devices were quite different. The company offered the Idol 3 (4.7) and Idol 3 (5.5) models, which differed in several key respect. The Idol 3 (4.7) is based around a HD (720p) 4.7-inch display, a Qualcomm Snapdragon 410 chipset with 1.5 GB of RAM and 8 GB of internal storage. However, the Idol 3 (5.5) is based around a FHD 1080p resolution 5.5-inch screen and the more powerful Qualcomm Snapdragon 615 chipset, which is a big.LITTLE, octa-core design with the higher performance cluster of processor cores clocked at up to 1.5 GHz. The 5.5-inch variant also has more RAM, at 2 GB, plus more internal storage and a larger battery. Both models come with the 13MP Sony IMX214 camera sensor and loud, dual speaker setups.

These devices launched running Android 5.0.2 under a lightly themed Alcatel skin and despite their modest specification, run the operating system smoothly – the more powerful 5.5 model has more pixels to move about the screen, but benchmarks higher. Today, Alcatel have tweeted that it is releasing the update for both unlocked devices to put the software version up to 6.0 Marshmallow. This will bring with it a number of improvements including Google's new Doze and App Standby technologies, designed to save battery power by disabling certain device features when the handset is idle as well as stopping infrequently used applications from working in the background.

Android Marshmallow also introduces a number of improvements in seeing what application permissions are being requested and allows a much more granular approach for allowing or denying of particular permissions. Google also reworked various parts of the operating system so as to smooth and improve device performance across the board, as well as improvements to backing up device application data via the Google account. Visually, there are only a relatively few differences between Lollipop and Marshmallow. The update will be rolling out for unlocked Alcatel Idol 3 devices but it may take several days before all devices receive the update. Although handsets should check automatically, you can visit the Settings, About, and Software Update to manually check for available software updates.