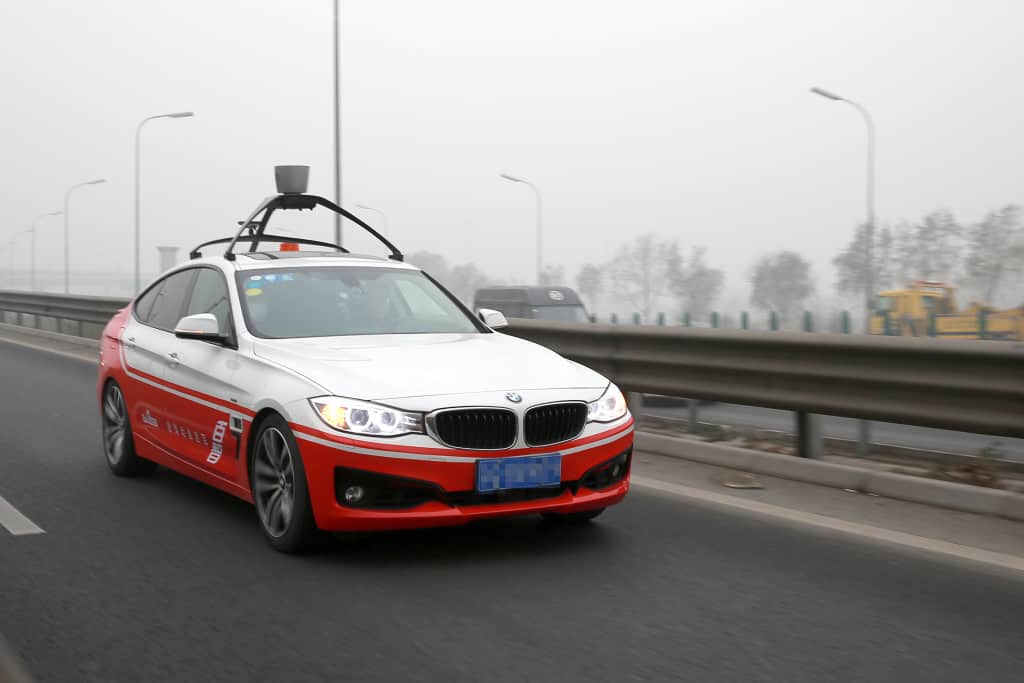 While the concept of the self-driving car may not be original to Google, it's safe to say that the current push toward the technology that we're seeing right now is certainly at least partly creditable to them. Google's own self-driving car tech is rather far along, testing on real roads in select markets and working on gathering test data that will allow the cars to overcome limitations like other drivers, bad weather and sudden intrusions into the roads like jaywalkers and falling objects. The Silicon Valley giant is also testing the cars on custom-made ranges in various places, allowing them to do things like test out circumstances that would be incredibly unlikely on real roads, or figure out what makes the cars wig out and focus in on training them for that scenario – heavy rain, for example. They've also made a deal with Ford, one of the biggest U.S. automakers, to help their self-driving technology make a wider splash in the market when it does drop.

Google isn't alone in this field, of course; Tesla Motors is working on fully autonomous vehicles and already essentially has the market cornered on semi-autonomous ones. Their cars can find their way to you from where they've been left, under certain circumstances. Other manufacturers are implementing the ability to do things like help a driver keep their lane, help avoid collision and even navigate certain mapped-out highways on their own. Uber ran a recent successful test of their own self-driving tech with a specially-made Ford Fusion Hybrid. Even Apple has announced that they'll be getting in on the fun at some point. A surprise contender, however, is the tech industry of China.

While there are more than a few companies in China pursuing the self-driving car market in one way or another, three particular companies are making waves and presenting the possibility of real competition with Google on the world stage. The first company is Alibaba, a huge global trade firm with the kind of deep pockets it takes to move into the industry by virtue of investing and sinking man-hours into research. While not quite in the self-driving game yet, the framework is there and Alibaba is producing connected cars that could potentially be turned into self-driving cars with a few tweaks, and an auto show in Beijing had them unveiling their Roewe RX5 SUV connected vehicle, which should be seeing a commercial release in September. A partnership with car-sharing service Didi Chuxing points to the possibility of the service having self-driving cars in the future. Not one to put all their eggs in one basket, of course, Alibaba has made their Alipay service Uber-friendly.

Next up is Baidu, affectionately known as "the Google of China", whose own self-driving systems met with a successful test back in December when they were mounted onto a BMW 3 Series. Baidu's systems included voice recognition, artificial intelligence, mapping data and a cloud computing setup that helped do some of the heavy lifting for the car, rather than having the magic happen onboard. Baidu has even brought their efforts straight to Google's backyard, opening up a self-driving car development and testing facility in California. Meanwhile, they're investing in and partnering with Uber, and have said that their goal is to bring the tech to market by 2021. As far as partnering up with car-sharing services, Baidu has chosen to align themselves with Uber.

Tencent, aspiring buyer of Supercell and owner of the developer of League of Legends, does not have a toe quite as deep in the waters as Baidu or Alibaba, but is throwing some cash around to potentially bring the technology to life a bit faster and, of course, score a cut of the market once it launches. Tencent, like Alibaba, is investing in Didi Chuxing, but has taken things a step or two further outside of that particular venture and set up a coalition called Future Mobility. The firm is in cahoots with the likes of Foxconn and Harmony Auto on the Future Mobility venture, though they have yet to announce anything at this time.