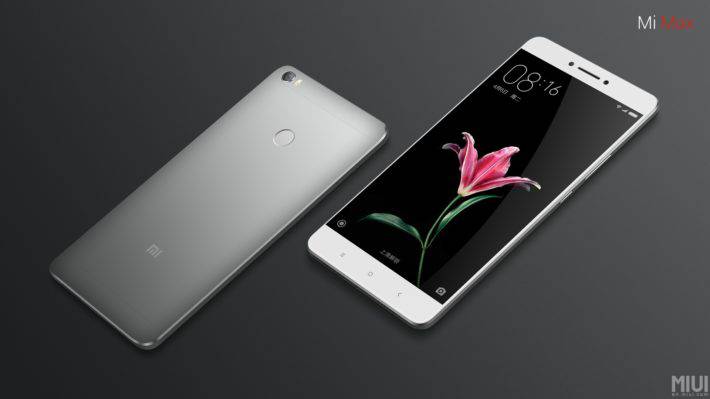 Xiaomi has released a number of devices this year, both smartphones and various other smart gadgets, like the company’s first drone (Mi Drone) and the Mi Band 2 fitness tracker. The Xiaomi Mi 5 is quite probably the company’s most notable release this year, mainly because it’s their new flagship, and the most powerful device they’ve ever released. That being said, the Mi Max is the largest smartphone (phablet) this company had released to date. This behemoth was introduced last month alongside the MIUI 8, a new variant of Xiaomi’s Android-based OS.

The Xiaomi Mi Max sports a 6.44-inch fullHD (1920 x 1080) display, which makes this device quite big, considerably bigger than the Mi Note and Mi Note Pro devices which were introduced in January last year. The Mi Max is fueled by the Snapdragon 650 or 652 64-bit octa-core SoC (depending on the variant), and it comes in both 3GB and 4GB RAM flavors. As far as internal storage goes, you can choose between 32GB, 64GB and 128GB of storage, and a 4,850mAh battery is also included in this package, and it is not removable. The 16-megapixel snapper is placed on the back of the Mi Max, and Android 6.0 Marshmallow comes pre-installed here with Xiaomi’s MIUI 7 OS available on top of Google’s operating system. As you can see, the Mi Max is available in both 3GB and 4GB RAM variants, and it seems like a 2GB RAM model might become available soon as well.

A new screenshot surfaced in China, and revealed the existence of a 2GB RAM (+16GB of internal storage) Mi Max variant. The specifications on this screenshot were tested back on May 1st, which was actually before the Mi Max launched. This could mean one of two things, Xiaomi either opted not to release this model initially, or they might not release it at all. It is possible the company wanted to check if customers are interested in such a huge device before releasing its lower-end model, and judging by initial reactions, Xiaomi might opt to push this device out as well. The 3GB and 4GB RAM variants of the Mi Max are quite competitive in terms of pricing, and this model will be even more affordable if Xiaomi opts to release it. 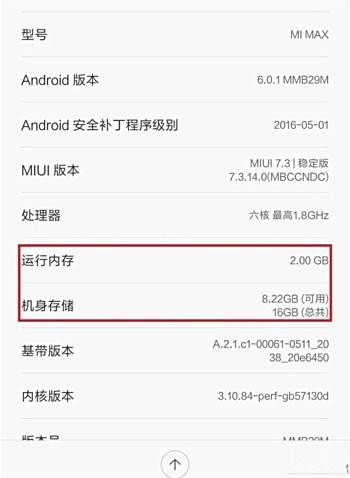