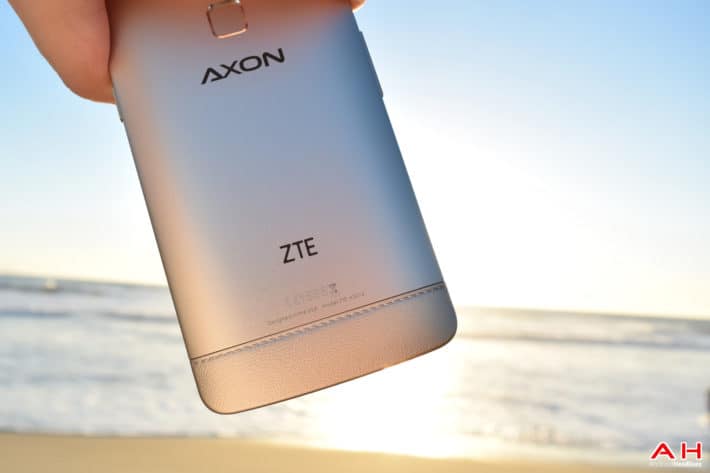 ZTE may be one of the largest smartphone manufacturers in the world, but a large chunk of the company's business happens to come from carrier-branded devices sold by network operators in countries around the world. So with the more profitable branded market still out of its grasp, the company, over the past year, has tried to tap into that lucrative, high-margin segment by launching all-new brands, like Nubia and Axon. The first-generation Axon phone was launched last year by the Chinese telecom company with a view to gaining a foothold in the U.S market. The device was initially marketed as 'a flagship phone designed in the U.S for the U.S.', although, the company then went on to release a whole host of devices under the Axon sub-brand, like the Axon Pro, Axon Elite, Axon Lux, Axon Mini and the Axon Max.

Now, whether or not the slew of Axon phone launches have diluted the value of the Axon brand remains to be seen, but ZTE obviously believes that the availability of multiple options and the shift away from pure Android has actually helped the company tap a larger audience with varied requirements. Either way, the second-gen Axon flagship has been in the news of late, with multiple rumors and leaks about the upcoming device being splashed all across the online tech media in recent times. The device will apparently be marketed as the 'Axon 7', and is widely believed to be made official at an event to be held in the Chinese capital of Beijing on the 26th of this month.

However, even as the official unveiling is expected to be held in ZTE's homeland, the US market will continue to remain a major point of focus for the Chinese manufacturer. That being the case, ZTE has now taken out a full-page ad in The Wall Street Journal, thanking "The 30 million savviest mobile users for choosing performance without price". The ad also gives a partial glimpse at a smartphone that could potentially be the upcoming Axon 7, so ZTE is clearly humoring its American users and keeping them engaged with the brand. That probably gives a pretty clear indication that the upcoming Axon 7 will likely get a U.S. launch, but whether or not that will happen on May 26th, still remains to be seen. 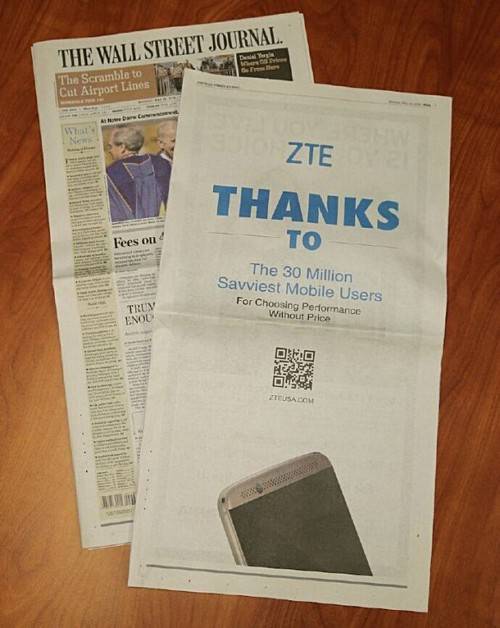